Triumph of the Sulamérica Presumption 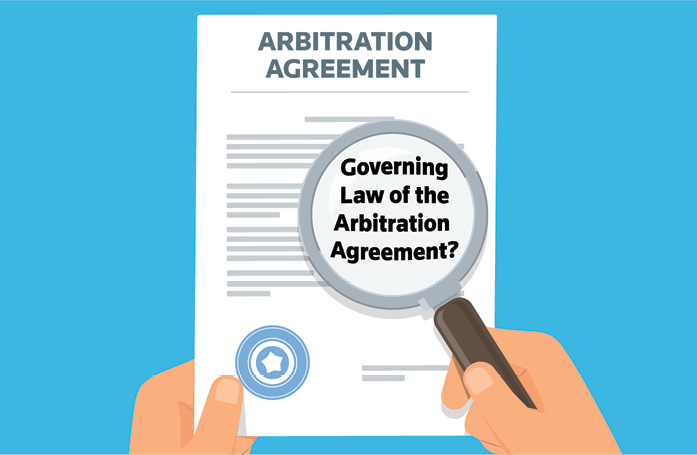 A consequence of the doctrine of ‘separability’ is that an arbitration agreement within a written contract may not be governed by the same law as the substantive provisions.

The governing law of an arbitration agreement can be important because it governs matters such as incorporation, scope of application and incapability of performance.

This issue was considered in Klöckner Pentaplast GMBH & Co KG v Advance Technology (HK) Co Ltd which concerned a contract governed by German law with arbitration in Shanghai, first by Saunders J, [2011] 4 HKLRD 262 para 24, and subsequently by Tang VP refusing leave to appeal (HCMP 1836/2011, 19 October 2011) para 7. While stressing that each case will be a matter of construction of the entire contract, each cited a passage in Dicey & Morris stating that an arbitration agreement is “presumptively” governed by any express choice of law governing the whole contract.

This has since been called the Sulamérica “presumption”, following Sulamérica SA v Enesa Engenharia SA [2012] EWCA Civ 638 para 26, although the “presumption” was displaced in Sulamérica itself. Saunders J did, but Tang VP did not, go on to say that it “is only if agreement [on governing law] cannot be found that the implication arises from the choice of seat, that the law of that place will be the lex arbitri”, which superficially points in the opposite direction from Dicey, although the Dicey proposition is confined to express choice of overall law. Where there is otherwise no ascertainable express choice of law, the arbitration agreement may be governed by the law of the seat, and indeed that may in turn govern the whole contract anyway, Compagnie d’Armement Maritime SA v Compagnie Tunisienne de Navigation [1971] AC 572.

The matter arose again shortly after in the English Court of Appeal in Enka Insaat ve Sanayi A.S. v OOO Insurance Company Chubb [2019] EWHC 3568 (Comm) and [2020] EWCA Civ 574 is largely concerned with when an anti-suit injunction should be granted based on an arbitration agreement, but considers the governing law of arbitration clauses (paras 47 to 65).

A policy issued by Russian insurers in respect of Russian risks had no choice of law but provided for ICC arbitration in London. Recovery proceedings were commenced in Russia, by the insurers rather than the insureds. Questions arose whether the underlying policy claim was in tort or not and, either way, whether it was covered by the arbitration agreement. The answers varied depending whether the arbitration agreement was governed by English law, under which it would have a wide scope per Fiona Trust & Holding Corp v Privalov [2007] UKHL 40, or Russian law, under which the scope would be narrower.

This is consistent with, if a rather diluted expression of, the Sulamérica presumption and rather revives the role of the curial law. Baker J himself had emphasised that Sulamérica is best understood as an exercise in construction of the clauses in question rather than laying down any presumption.

Baker J had described (para 56) as “flawed” a passage in Glick & Venkatesan, edited by Neil Kaplan and Michael Moser, to the effect that the “arbitration agreement is likely to have been intended to be governed by the law of the seat: this is inherent in the choice of seat, whether or not the matrix contract is expressly or impliedly governed by a different law” (underlining added) but the Court of Appeal has cautiously revived the spirit of the remark.

Enka is to be contrasted with another recent decision, some four weeks later, in BNA v BNB [2019] SGCA 84 involving a contract with an express choice of PRC law and Shanghai arbitration. The Singapore Court of Appeal, disposing of divergent first instance views, confirmed the so-called Sulamérica presumption in Singapore law (paras 47, 62, 63) describing the role of an express general choice of law as the “starting point” for the governing law of the arbitration agreement and a choice of seat different from the place of the general governing law o is “not by itself sufficient” to displace the starting point.

The recent Hong Kong case of OCBC Wing Hang Bank Ltd v Kai Sen Shipping Co Ltd [2020] HKCFI 375 involved a charterparty employing a simple if common formula “ARB, IF ANY, IN HONGKONG UNDER ENGLISH LAW”. Au-Yeung J observed that there are potentially three different systems of law in play: (1) the proper law of the contract that governs the dispute; (2) the law governing the arbitration agreement, governing the submission to arbitration; and (3) the curial law governing the arbitration. OCBC cites (para 26) Saunders J in Klöckner but no other authority, and proceeded on the basis that, consistent with Sulamérica, English law governed the overall agreement and the arbitration agreement. Unlike in Enka where the system of law made a real difference, on incorporation English law and Hong Kong law did not diverge.

The controversy now seems settled in favour of a rather dilute version of the Sulamérica presumption and each case will be a question of construction. Whether it really only applies in a “minority” of cases or is rather a firm “starting point” remains to be seen in Hong Kong.

A related question is this: where a contract provides for Hong Kong arbitration can the Hong Kong Courts grant leave to serve an anti-suit application out of Hong Kong? Take a contract providing for PRC governing law and Hong Kong arbitration. If, consistent with the Sulamérica presumption, PRC law governs the arbitration agreement, it ought not to be possible to obtain leave to serve out on the basis of RHC O. 11 r. 1(1)(d)(iii) because Hong Kong law would not govern the agreement sought to be enforced. This issue arose in GM1 & GM2 v KC [2019] HKCFI 2793. Mimmie Chan J stated (para 16) that all Hong Kong arbitrations are “governed by” Hong Kong law, which is true in a curial sense, but it does not follow that an arbitration agreement providing for Hong Kong arbitration is governed by Hong Kong law. The Judge stated that the application could be served out under gateway (d)(iii). That, with respect, did not follow. However the Judge, differing from English law and an earlier decision of Godfrey Lam J, robustly concluded (para 14) that an application for an anti-suit injunction is one for an “interim measure” under Model Law Article 17. On that basis, although the Judgment does not say so, the application could be served out under RHC O. 73 r. 7.