In my last President’s Message, I reflected on how our Judiciary has evolved since the resumption of sovereignty of Hong Kong in 1997. With the formal retirement of former Chief Justice Ma on 11 January, I would like to specially devote this issue to express our deep gratitude to him for his significant contribution to upholding the Rule of Law in Hong Kong throughout the past decade of his strong leadership of the Hong Kong Judiciary.

Under section 6(2) of the Hong Kong Court of Final Appeal Ordinance (Cap. 484), the Chief Justice is the head of the Judiciary and is also charged with the administration of the Judiciary.

Former Chief Justice Ma was appointed the second Chief Justice of the Court of Final Appeal in Hong Kong on 1 September 2010. In attending the first Ceremonial Opening of the Legal Year of Hong Kong in that capacity in 2011, he made it clear first and foremost that “I want to discuss the fundamentals of the Rule of Law. The Rule of Law I have pledged to uphold for the whole of my tenure as Chief Justice, and it is this that underlines everything I do in this capacity.”

Indeed, former Chief Justice Ma has manifested himself to be a staunch supporter and defender of the Rule of Law in Hong Kong and the Independence of Judiciary as one of its essential features throughout his judicial career. Besides adjudicating cases in the Court of Final Appeal, he has seized every possible opportunity to speak and explain about these core values of Hong Kong to the people locally and worldwide as the spokesman of the Judiciary. Where necessary, he has also fearlessly spoken out against the politicisation of the Judiciary and of the work of the courts in defence of judicial independence for Hong Kong.

The important parts played by different key persons in the administration of justice, including the judges, legal practitioners and the litigants themselves, and indeed everyone in the community were also constantly stressed by him.

For his part, as the Chair of the Judicial Officers Recommendation Commission, former Chief Justice Ma placed great importance on the judicial recruitment exercise and the need to maintain a strong, independent, impartial and internationally respected judiciary for Hong Kong. In his words, so far as judges (including judicial officers) are concerned, “it is imperative that the highest standards of ability and integrity are maintained. Without these qualities, the public (whom we serve) cannot have the confidence that a society needs to have in the Judiciary.” In stressing the importance to maintain the high standards expected of judges, he also said on many occasions that “it is better to leave positions vacant than to have appointments of persons not of the requisite standard.” A strong judiciary was maintained during his time with judges of eminent standing and reputation being appointed to different judicial positions. Among others, the incumbent Chief Justice Cheung was appointed the Chief Judge of the High Court in June 2011 and the Hon Mr. Justice Robert Tang and the Hon Mr. Justice Joseph Fok were appointed Permanent Judges of the Court of Final Appeal in 2012 and 2013 respectively.

To address the long-term needs of the Judiciary and to ensure that cases can be handled expeditiously and efficiently while at the same time also fairly and strictly in accordance with the law, the Judiciary conducted various reviews, including on the conditions of service of judges and on retirement age, under his leadership. Legislative amendments for extending the statutory retirement age of Judges and Judicial Officers (“JJO”) were passed in 2019 to encourage recruitment of the best legal talents to the Judiciary, as well as help retain experienced serving JJOs.

I talked about the Judiciary’s adoption of technology in my last President’s Message. Another landmark achievement during his tenure that I would like to mention is the relocation of the Court of Final Appeal to its existing venue at 8, Jackson Road in September 2015. The Court of Final Appeal used to be in the Former French Mission Building at 1 Battery Path since its establishment in 1997. The historic building in Jackson Road was originally designed to be a law court and was once the location of the old Supreme Court from 1912 to 1983, before it became the former Legislative Council building from 1985 to 2011. The Judiciary assumed this important yet demanding relocation project in 2011 soon after former Chief Justice Ma has taken over office and has successfully completed the project in 2015 with a view to enhancing the efficient and smooth functioning of the Court of Final Appeal in this prestigious historic building as a lasting and tangible symbol of Hong Kong's rule of law.

At the risk of repeating myself, I must thank former Chief Justice Ma for his support to the work of the Law Society and the solicitors’ profession. He graced us with his presence at many of our big annual events like the Annual Cocktail Reception, Spring Reception, Teen Talk, Law Week, and many sports events such as the Law and Order Cup where he exchanged views with our members and members of the community. He is a strong supporter of our Pro Bono and Community Work Recognition Programme and has been the officiating guest of its Award Presentation Ceremony since its inauguration in 2010. He encouraged our members to provide pro bono services to the public as an important element to enhance access to justice by all and applauded those who have done so.

There is just not enough space here for me to give a fair account of his good work. Members are invited to read the other articles in this issue of Hong Kong Lawyer relating to former Chief Justice Ma’s contributions during his tenure.

We sincerely wish former Chief Justice Ma every success with the next chapter of his life. At the last Ceremonial Opening of the Legal Year that he attended as Chief Justice in 2020, former Chief Justice Ma stressed: “The Rule of Law is rightly cherished by the community and is the foundation of a cohesive society. We must all do our best to preserve it and to treasure it because once damaged, this is not something from which our community can easily recover.” On that note, we welcome the new Chief Justice Cheung and look forward to working with him to continue our work to uphold the Rule of Law together for Hong Kong. 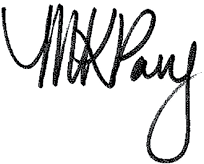 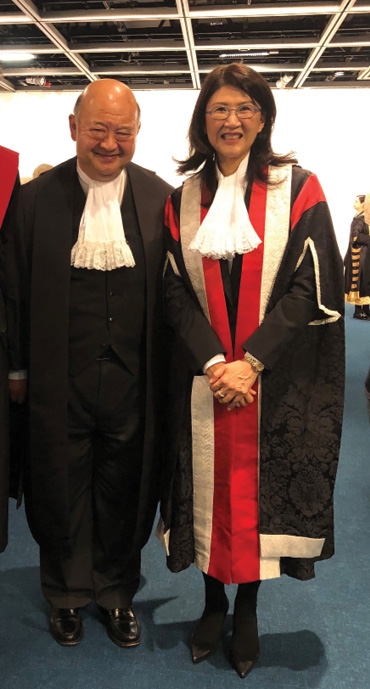