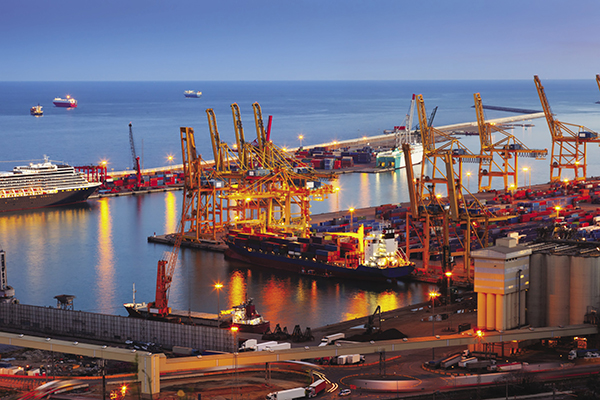 In the second part of this article which explains why more companies should consider the ITC for their trade secret disputes, and how the process works, we will focus on discussing cross-border options at the ITC and measures that companies can take to proactively protect trade secrets.

Cross-Border Options at the ITC

While companies traditionally have looked within their home country’s legal system to pursue trade secret thieves, companies may have other, better, options. Under Section 337 of the Tarriff Act of 1930, the ITC has power to block products that are imported or sold into the US, if there has been unfair competition. To bring a complaint under Section 337 before the ITC, four elements must exist: 1) an imported product; 2) the importation or sale of which arises from an unfair act or method of competition; 3) a US industry that would be seriously harmed or prevented from forming; and 4) a specific injury to the complainant. Historically, Section 337 actions have typically been brought in connection with allegations that imported goods infringe US patents, however, it is well settled law that theft of trade secrets constitutes an “unfair method of competition,” and as such is actionable before the ITC.

While the ITC presumes an injury in the context of a statutory IP claim such as a patent, complainants must prove that a stolen trade secret will harm their US business. That does not mean that a complainant must be a US company—any entity doing business in the US may claim an injury from a foreign or domestic unfair act. Along the same lines, the ITC has jurisdiction over all companies selling products for importation, importing products, or selling products after importation into the US. This means that it can enjoin foreign conduct that impacts US businesses, even if the foreign actor has no US presence—selling into the US is enough. Indeed, nearly one-third of cases before the ITC are filed by non-US companies.

To initiate a claim, a company harmed by the theft of its trade secrets first alerts the ITC by filing a complaint. IF the ITC chooses to commence an investigation into the allegations, all non-privileged documents and testimony are subject to disclosure in discovery. Litigation before the ITC is much faster than US district court proceedings while still offering many of the same advantageous tools, including far reaching discovery. ITC proceedings typically go to trial in nine months and conclude in 15-18 months, much faster than most all alternative avenues.

The ITC can also issue limited and permanent exclusion orders and cease-and-desist orders to halt the commercial harms of unfair competition. ITC exclusion orders are enforced by US Customs and Border Patrol and are a powerful tool to halt unfair imports. Limited exclusion orders are the standard remedy, bind only the parties before the ITC, and prevent any further importation or sale in the US of offending articles. A general exclusion order enjoins the importation or sale of all offending goods, no matter the source. The ITC can also issue a cease-and-desist order requiring the importer to stop distributing any offending merchandise already in the US.

Finally, in some situations, findings from an ITC proceeding can have a preclusive effect in other proceedings. In some instances, companies can file suit in US district court under the DTSA alongside a concurrent ITC action, and the former may stay the proceeding to allow the ITC litigation to conclude. On the face of the statute, the DTSA applies to any situation where “an act in furtherance of the offense was committed in the United States.” 18 USC § 1837. Commentators and courts are still defining the extent of the DTSA’s extraterritoriality, but non-US companies are steadily testing the bounds of this jurisdiction in an effort to use the DTSA as a tool to bring trade secret claims, even in situations where both the thief and the victim are non-US companies. As jurisprudence under the DTSA evolves, we expect to see further guidance as to what constitutes “an act in furtherance” of trade secret theft. Importantly, however, the ITC’s findings regarding trade secret misappropriation may be entitled to preclusive effect in the district court.

If a company is evaluating which jurisdiction may provide the best forum for litigating trade secret claims, part of the battle has already been lost—because trade secrets have been stolen. Protecting trade secrets up front should be a key risk mitigation strategy for all companies, both from a business perspective, and because legally speaking, trade secrets are not entitled to protection unless reasonable measures are taken to maintain its secrecy. There is no bright-line rule on the extent of measures necessary for finding that the measures are reasonable, but there is much published data demonstrating when and how companies have failed to protect their information. Indeed, the recent Lex Machina report found that while a large number of trade secret cases do not challenge the claimants’ trade secret ownership or validity, “those that do tend to find that there is no trade secret protection.” What is “reasonable” protection may vary on a case by case basis, typically along a sliding scale where courts expect to see more valuable assets protected with higher levels of protection. Some common steps that companies take include:

Section 337 litigation before the ITC can be a powerful tool for companies looking to protect their sales in the United States, but navigating this niche forum requires expert legal counsel.

Editor’s Note: For the first part of this article, please see Industry Insights in the November 2018 issue of the Hong Kong Lawyer.

The information provided here is intended to give general information only. It is not a complete statement of the law. It is not intended to be relied upon or to be a substitute for legal advice in relation to particular circumstances.