Trade Secrets, Cross-Border Disputes, and the ITC (Part One) 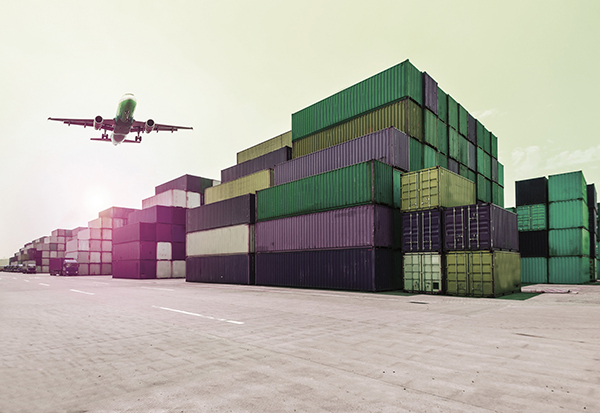 From the pages of the trade press to the New York Times, the threat of international trade secret theft has become a hot topic. Firms competing in the global economy must actively protect their proprietary knowledge, and policing trade secret violations overseas can be a fraught prospect. While most victims of trade secret theft turn to courts—either in their home country, abroad, or both—many fail to consider a powerful tool: the United States International Trade Commission (“ITC”). Companies both foreign and domestic can bring claims for the misappropriation of their trade secrets to an administrative tribunal at the ITC and enjoy rapid proceedings, far-reaching discovery, and broad protective orders, yet only a handful have taken advantage of this process. This series of two article explains why more companies should consider the ITC for their trade secret disputes, and how the process works.

Trade secrets, by definition, are given legal protection because they are comprised of information that creates economic value as a result of their secrecy. Increasingly, that secrecy is being attacked—by upwardly mobile departing employees, competitors seeking an unfair edge, and nation states looking to advance their own economic agendas. While companies have long focused attention on protecting intellectual property (“IP”) in the form of patents, many companies are late to the game when it comes to focusing coordinated legal, business, and compliance protections around trade secrets. With recent changes in the IP landscape making patent protection, in some instances, a disfavored alternative, more and more valuable information is viewed by companies under the rubric of trade secrets.

At the same time that trade secrets are becoming more important, the risks associated with losing those secrets to theft are steeply increasing. Alarmingly, the United States’ IP Commission’s 2017 report estimated that the annual costs to the US economy for trade secrets theft could be as high as US$600 billion. The spiking risk profile may in part be explained by the increased frequency with which employees are leaving their jobs for new opportunities, coupled with the ease in this information age of exfiltration of huge amounts of data with limited expertise, costs, or risk of detection—via personal emails, thumb-drives, shared storage, smart phones, and the like.

Generally speaking, most laws around the developed world define trade secrets with respect to two common elements: (1) information that provides a company economic value from remaining secret; and (2) information around which reasonable steps have been taken to maintain its secrecy.

While the legal elements of trade secrets are largely similar across the world, the procedural aspects of enforcing those rights vary considerably. In the US, for example, a company that can make a prima facie allegation that its trade secrets have been stolen is permitted wide ranging access—through the process of “discovery”—to information from the company, individuals, and even third-parties who might have information about the alleged theft. This discovery can permit a victim of theft access to emails, internal documents, messages (including SMS, text, WeChat, WhatsApp, and Line) and even forensic metadata of the suspected thief. Such discovery is particularly important in trade secrets litigation as evidence of theft is usually in the hands of the defendant, and his accomplices.

A recent study of trade secret litigation in the US found that the plaintiffs prevailed in their claims in 70% of cases filed in the past few years. This is perhaps not surprising as trade secret theft, when investigated properly, often leaves behind tell-tale “artifacts” of wrongdoing. Not only are US plaintiff’s winning at a staggering clip, the US federal statute—the Defend Trade Secrets Act (“DTSA”)—provides substantial remedies, including injunctive relief and double damages in cases of willful and malicious. The average recovery for trade secret cases in the US is over US$21 million, and the largest recovery to date is nearly US$1 billion. It is perhaps no wonder that trade secret cases were up 30% last year in the US, with over 9,800 cases filed in 2017 alone.

The success of plaintiffs before the US courts is jarring when compared with countries without formal discovery procedures like China, Taiwan, Korea and Japan. Indeed, the Chinese government released statistics stating that in trade secret cases filed in China, the plaintiff succeeded only 14% of the time. What accounts for such a huge gap for plaintiffs in the US and plaintiffs in China? Certainly, a plaintiff’s access to the defendant’s internal documents and correspondence play a big part.

Criminal prosecution in the home country is also a viable, and increasingly active, forum for pursuing trade secret theft around the world. Law enforcement officials are able to use more intrusive methods to access evidence of wrongdoing than is typically available in private lawsuits. Indeed, there have been a number of notable cases of criminal prosecutions for trade secret theft in countries such as Taiwan, where high-tech innovators are increasingly looking for help to protect their secrets. In many cases, such evidence may then be used to support an ancillary civil case. But this route has its downsides. Many companies simply do not feel comfortable disclosing their trade secrets to the government, fearing in some cases that such disclosure will do more harm than good. Even absent that concern, companies are not always keen to relinquish control to law enforcement who will have free reign in reviewing the company’s books, records, and emails.

In the second part of this article, we will focus on discussing cross-border options at the ITC and measures that companies can take to proactively protect trade secrets.