For a jurisdiction to gain the recognition and status required to become a leading “arbitration hub” is a gradual process. Significant early milestones for the evolution of Hong Kong’s status as the premier seat of arbitration in Asia, and a top five seat globally, was the establishment in 1985 of the Hong Kong International Arbitration Centre (HKIAC) by a group of leading businesspeople and professionals in an effort to meet the growing need for dispute resolution services in Asia, and the adoption of the 1985 UNCITRAL Model Law on International Commercial Arbitration (the Model Law) in 1989. The foundations that have subsequently been built over more than 35 years, are not impacted by the NSL.

First, arbitrating parties in Hong Kong benefit from the Arbitration Ordinance (Cap. 609), which is one of the most modern and sophisticated arbitration laws in the world. The Arbitration Ordinance, which came into effect in 2011, introduced the updated 2006 UNCITRAL Model Law for both domestic and international arbitrations seated in Hong Kong, and has been regularly updated thereafter to reflect international best practice and user demands. Innovative provisions have been introduced to address enforcement of emergency arbitrator relief, arbitrability of intellectual property disputes, and third-party funding. A recent Consultation Paper from the Law Reform Commission of Hong Kong proposes further reforms to allow arbitrating parties to use conditional fee and damages-based agreements, which would provide additional flexibility in respect of funding arbitrations in Hong Kong.

Even more important than the Arbitration Ordinance itself, however, is the significant body of case law interpreting it that has emerged over the years. Hong Kong has long benefited from the decisions of a specialist list of judges of the Court of First Instance dealing with arbitration matters. There is no other common law jurisdiction with such a rich body of case law interpreting the UNCITRAL Model Law. This ensures predictability and contributes to Hong Kong’s position as one of the leading Model Law jurisdictions globally. Something which is reflected in the frequent citations of Hong Kong case law in the UNCITRAL 2012 Digest of Case Law on the Model Law (https://uncitral.un.org/sites/uncitral.un.org/files/media-documents/unci...).

Judicial independence has long been a cornerstone of Hong Kong. The Court of Final Appeal, Hong Kong’s highest court, is comprised of the Chief Justice, seven Hong Kong permanent and non-permanent judges (“NPJs”), and 14 overseas NPJs. The overseas NPJs are among the most eminent judges of other common law, commonwealth jurisdictions, and include Lord Hoffman, Lord Collins, and Lord Neuberger among others.

Hong Kong’s independent arbitration institutions are another cornerstone of Hong Kong’s arbitration reputation. With more than 35 years under its belt, the HKIAC is the oldest arbitration institution in Asia, with a proven track-record. Further, HKIAC’s decision-making bodies, such as its Council and Appointments and Proceedings Committees, are comprised of a diverse group of international and local dispute resolution and industry experts and are subject to transparent governance structures. Hong Kong also benefits from a branch of the Secretariat of the ICC International Court of Arbitration, which was established in 2008, and a sub-commission of CIETAC, the CIETAC Hong Kong Arbitration Centre, that opened in 2012.

Another key factor that has contributed to Hong Kong’s status as a global hub for arbitration is its reputation for innovation. The HKIAC’s rapid response to the COVID-19 pandemic exemplifies this. Within weeks of the onset of the pandemic, the HKIAC released detailed Guidelines on the conduct of virtual hearings and adopted wholesale changes to its operations to support virtual hearings. With the help of its multi-faceted online capabilities, the HKIAC has administered 80 virtual hearings in 2020.

While these foundations make Hong Kong well suited as a seat of arbitration for disputes involving companies and assets from any jurisdiction, Hong Kong offers unique advantages as a seat for arbitrations involving Mainland Chinese entities and interests.

It is for these reasons that Hong Kong has long had the largest market share of Mainland-related disputes among all the major seats of arbitration. Indeed, any business – or lawyer advising a business – should think very carefully before choosing a seat other than Hong Kong for an arbitration clause with a Mainland Party given the above-discussed advantages.

The NSL, a criminal code, should have no impact on the conduct of arbitration in Hong Kong. In particular, there is presently no reason for international companies entering into contracts with Chinese State-Owed Entities (SOEs) or privately-owned Chinese companies to start relying on alternative seats. 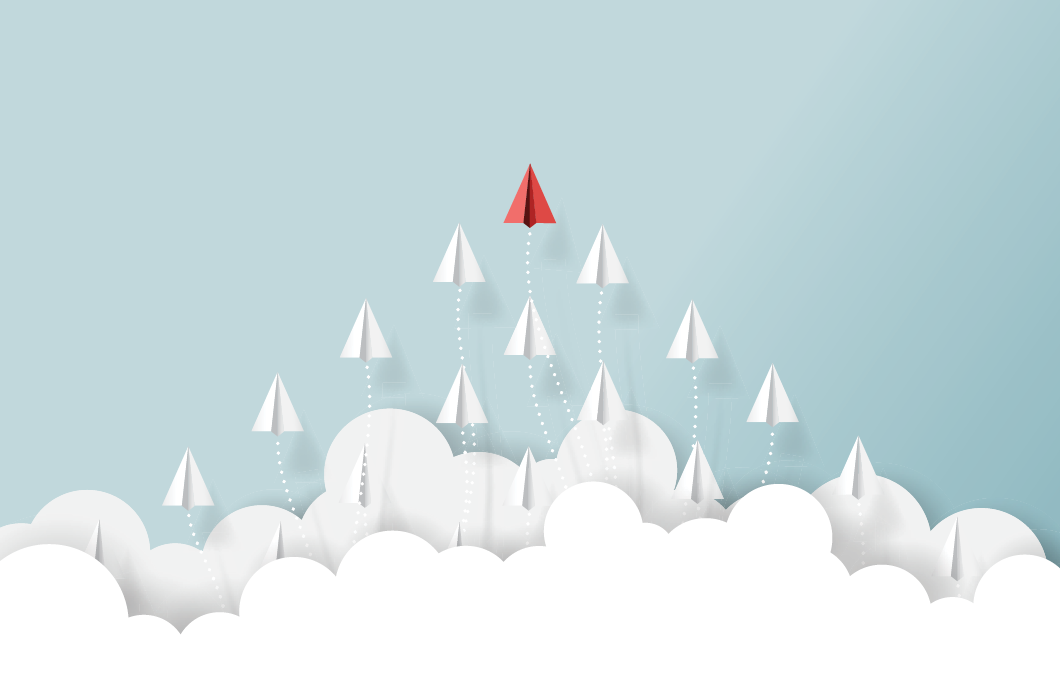 First, the unique advantages offered by Hong Kong for arbitrations involving Mainland Chinese entities and interests that are discussed in the previous section of this article remains unchanged. So does the arbitration infrastructure that over the years have built Hong Kong’s status as one of the leading seats of arbitration globally.

Second, when Chinese SOEs have appeared as parties in arbitration-related court proceedings in Hong Kong, the courts have treated these SOEs just like any other party. The decision by the Hong Kong Court of Appeal in Shandong Hongri Acron Chemical Joint Stock Company Limited v. Petrochina International (Hong Kong) Corporation Limited is illustrative in this regard. In this case, the Hong Kong Court of Appeal enforced an award against a leading Chinese SOE. Likewise, in the case of TNB Fuel Services SDN BHD v. China National Coal Group Corporation, the Hong Kong Court of Instance ruled that a Chinese SOE could not assert the defence of crown immunity in an action for execution of an arbitral award against its assets. These decisions confirm that arbitral awards, as a matter of course, are enforced in Hong Kong against mainland companies and SOEs.

Indeed, there has been no evidence that Hong Kong is in decline as an arbitral seat. On the contrary, case numbers are rising. In 2020, the HKIAC received 318 arbitration filings, which is the highest in over a decade. 86% of the administered arbitrations involved international parties, hailing from 45 different jurisdictions. 99.4% of all arbitrations commenced in 2020 were seated in Hong Kong. The total amount in dispute was HK$68.8 billion (approximately US$8.8 billion) – a record high since HKIAC began to publish such information in 2011. 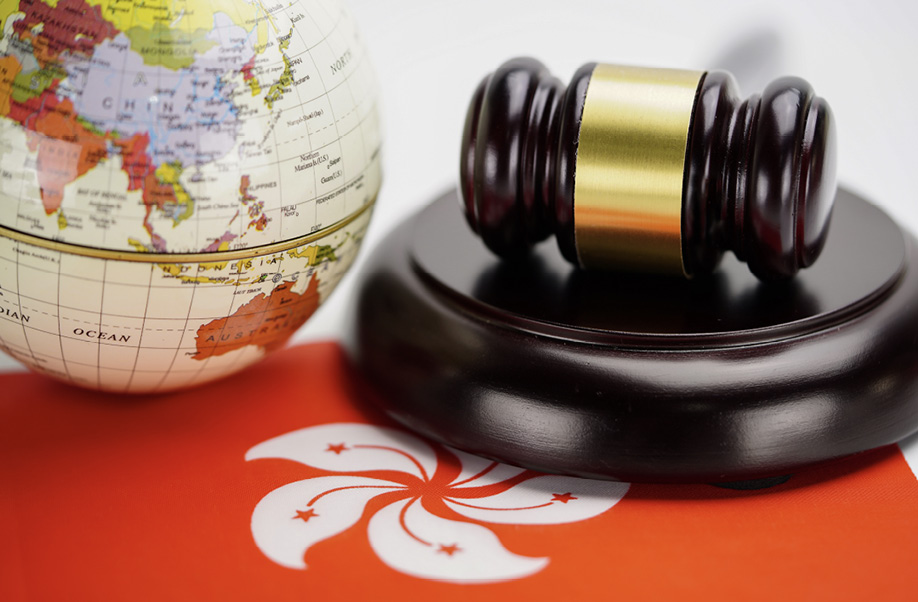 There is of course lag time between clause drafting and case filing which means that any real trends affecting a seat can only be detected some years down the line. There is, however, anecdotal evidence that Hong Kong continues to be selected in a wide range of agreements, including long-term contracts and commercial and corporate agreements and documents, including in relation to the important private-equity industry. There are also examples of U.S. technology companies recently adopting internal guidelines to use Hong Kong as the seat of arbitration for all contracts with Mainland Chinese companies due the broad arbitrability of IP-related disputes in Hong Kong as well as the entry into effect of the Interim Measure Arrangement. This was recently echoed in a debate by a prominent European in-house counsel from a large global corporation who stated that he was not aware of any requests to ‘exclude’ Hong Kong from arbitration clauses on account of the NSL.

While the NSL should not pose a threat to arbitration in Hong Kong, competition among jurisdictions for arbitral work in Asia nevertheless remains fierce as a Sub-committee of the Law Reform Commission of Hong Kong recently acknowledged in recommending that Hong Kong reform its law to allow conditional fee and damages based agreements.

Singapore is a well-established seat while other jurisdictions are making significant efforts to establish themselves. This cannot be done over-night, since foundations take years to establish, but Hong Kong should nevertheless not be complacent.

Hong Kong’s strong foundations as a seat of arbitration will ensure that Hong Kong remains a top choice for arbitrations not only in Asia, but across the globe.