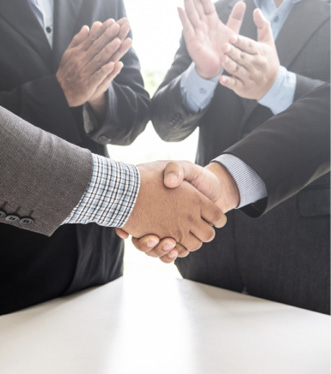 The Legal Practitioners (Amendment) Bill 2021 (“the Bill”) appears to have passed through the Legislative Council in almost record time, assisted by the support of (among others) the Administration and the customary efficiency of the Chair of the relevant Bills Committee.

The Bill was gazetted on 9 July 2021 and introduced into the Legislative Council on 14 July 2021. The Bill received its second and third readings on 25 August 2021 and passed without amendment. In short, as set out in the Bill’s “Explanatory Memorandum”, the amendment to section 31A of the Legal Practitioners Ordinance (Cap. 159) allows a person (not being a barrister) who holds office as a “legal officer” (as defined by section 2 of the Legal Officers Ordinance (Cap. 87)) to be eligible for appointment as a Senior Counsel. Therefore, under the new legislative provisions, all legal officers are equally eligible to be considered for appointment as Senior Counsel, be they a barrister, a solicitor or not qualified as a member of either branch of the profession.

According to the Legislative Council Report of the Bills Committee, dated 19 August 2021 (Ref. CB4/BC/8/20) the main justification for the Bill is to ensure equality of opportunity for all legal officer advocates by allowing them to be equally eligible for consideration. Appointments are still within the Chief Justice’s sole discretion, based on the established criteria set out in section 31A(2)-(3) of the Legal Practitioners Ordinance and after having consulted with the President of the Law Society of Hong Kong and the Chair of the Bar Council.

The legislative amendments come into effect on a date to be notified in the government gazette. At the time of writing, this is likely to be fairly soon in order to allow suitable applicants (if any) to apply for appointment in 2022.

Section 3(8) of the Bill (a new section 31A(3A) of the Legal Practitioners Ordinance) provides that the appointment of a legal officer (non-barrister) as a Senior Counsel lasts only while holding office as a legal officer – therefore, such an appointee would lose the title on leaving government service. This might assist with the retention of talented legal officer advocates within the government legal service. However, there is a suggestion in the Legislative Council Paper (at paragraph 9) that if a legal officer (non-barrister) appointed as Senior Counsel is allowed to retain the title after leaving government service and on going into private practice this could confuse the public – for example, where the legal officer is a solicitor. Be that as it may and while accepting (for the sake of argument) that the rationale for the legislative amendments is to promote equality of opportunity among legal officer advocates, the Legislative Council Paper also notes (at paragraph 22) that:

“Some members consider that, after passage of the Bill, the Administration should explore extending similar arrangement for legal officers (non-barrister) in the Bill to solicitors in private practice (in particular the solicitor advocates) so that they may be considered for appointment as SC”.

This will, presumably, not be not be lost on the new President of the Law Society in the Society’s dealings with various stakeholders. In England & Wales, the first senior solicitor advocates were appointed as Queen’s Counsel as far back as a generation ago. There are approximately 78 solicitor advocates in Hong Kong, some of whom are very experienced and able to “lead” (irrespective of the outcome in Re Simpson QC [2021] HKCFA 25 – refusal of permission to appeal to the Court of Final Appeal to challenge a condition that an overseas QC admitted to appear ad hoc in proceedings in Hong Kong must appear with a local barrister and not, in the alternative, with a solicitor advocate*). It should also not be forgotten that there are solicitor advocate QCs in Hong Kong who appear and “lead” in complex commercial arbitrations.

The Fight Against Forced Nudity & Sexual Violence | Fight for Equal Protection for Men | What Do International Laws Tell Us?
The European Commission’s New Standard Contractual Clauses for International Data Transfers: Implications for Hong Kong Entities
Signing Your Personal Rights Away?