A Practice Insight into “Without Prejudice” 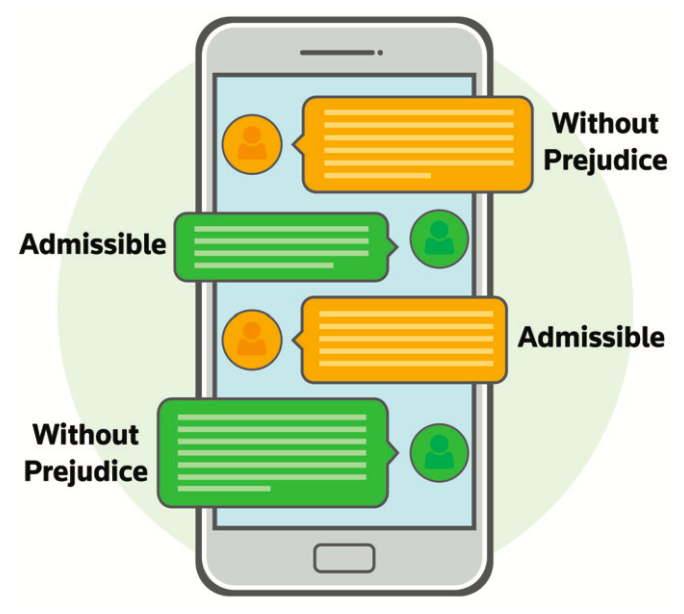 Oxford University Press (Reference – Online): “Without Prejudice” – “A phrase used to enable parties to negotiate settlement of a claim without implying any admission of liability. Letters and communications used in such negotiation and headed ‘without prejudice’ cannot be adduced as evidence in any court action without the consent of both parties.”

As a working definition this has the benefit of simplicity. Given the prevalent use of “without prejudice” communications by both legal practitioners and their clients it pays to keep up with recent developments and adapt to them as part of good practice.

Wide-ranging Negotiations and the “Continuum”

The recent case of Poon v Poon [2019] HKCFI 3003 is a good summary of the general principles that underpin the exclusionary rule and the protection given to without prejudice communications.

For a communication to attract without prejudice protection the party claiming the protection (privilege) must be able to show objectively that at the time it was created: (i) there was a dispute in existence between the parties; (ii) related legal proceedings had been commenced or were in reasonable contemplation; (iii) the communication was made for a legitimate purpose in a genuine attempt to settle one or more issues in dispute; and (iv) the communication was made with the intention that it be without prejudice (Re Jinro (HK) International Ltd [2002] 4 HKC 90; Re Crane World Asia Pte Ltd [2016] 3 HKLRD 640; Fester v Fester & Ors [2016] EWCA Civ 717).

In Poon v Poon, adopting a traditional approach to without prejudice, the court disallowed a party’s attempt to refer to parts of wide-ranging without prejudice discussions in some witness statements and, in doing so, also expunged references to transcripts of related meetings in that party’s list of documents.

Takeaway points for practitioners and their clients include:

Some Other Practical Points

Without prejudice protection is not absolute and, in some exceptional cases, a court can lift the protection and admit the communication as evidence. The exclusionary rule is easier to understand and apply in a two-party situation than it is in a three-party situation – see Hollander QC on “Documentary Evidence in Hong Kong” (18–027 to 18–032) and Briggs & Ors v Clay & Ors [2019] EWHC 10 (Ch).

Where a party intends to make a communication on a without prejudice or “without prejudice save as to costs” basis, express intentions should be made clear and labels/markings are important – although, not decisive (Sternberg Reed v Harrison [2019] EWHC 2065 (Ch); Poben Consultants Ltd v Clearwater Bay Golf & Country Club).

Legal practitioners and their clients find themselves conducting business in an increasingly contentious environment, in which the true status of many communications is likely to assume a higher profile as parties seek to resolve their differences.