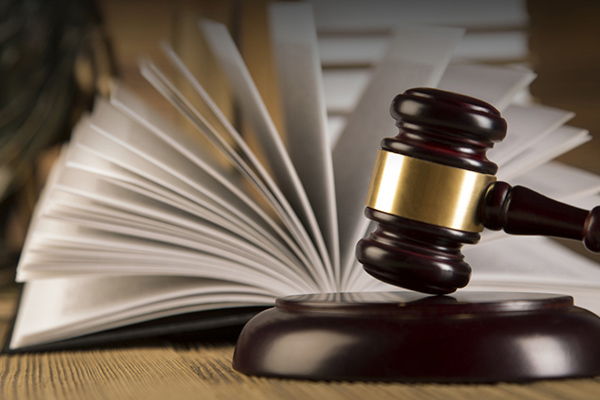 Anyone arrested for a criminal offence may or may not be charged. If he is charged, he will first be brought before a magistrate, and documents such as the charge and a summary of facts of the case (the “facts of the case”) will be made available by the prosecution.

The charge should not only include reasonable particulars as to the nature of the offence but it should also be provided in good time (see Chan Tak Ming v HKSAR (FACC 5/2010), where the Court of Final Appeal held that “Criminal charges are to be formulated concisely, accurately and informatively. Thus formulated, they are to be delivered in time for the defence to give them mature rather than rushed consideration.”).

On the basis that the charge has been pleaded with reasonable particulars, the elements of the offence will have to be reflected in the facts of the case. The charge and the facts of the case are documents of paramount importance in the initial phase of the criminal process as they lay the foundation for a defendant to consider how he is going to plead.

This article emphasises the importance of the charge and facts of the case and reminds us that the rules of professional conduct support the defendant’s complete freedom of choice in his plea, which does not depend on the evidence having been served in full form.

The Evidence at the First Court Appearance

Ordinarily, the charge and the facts of the case are in the hands of a defendant on his first appearance before a magistrate. If he was detained, he should normally be brought before a magistrate within 48 hours. Other than the charge and the facts, the defendant would also have been provided with a Notice to persons in custody stating his rights and a copy of his record of interview, if there was one, with the relevant law enforcement authority. The court is provided with the charge and the facts. The contents of the record of interview may be referred to, by the Defendant or his legal representative, in mitigation. As it was mentioned in Nullity and Change of Plea: Is it Clear or is it Time for a Real Change? (see Hong Kong Lawyer, June 2016), at this stage, the prosecution would not have served the evidence in proper and full form but a defendant who pleads guilty to the charge and agrees with the facts would benefit from a one-third discount in sentence, a practice which has been recently revised by the Court of Appeal in HKSAR v Ngo Van Nam (CACC 418/2014) and HKSAR v Abdou Maikido Abdoulkarim (CACC 327/2015) (heard together, judgment handed down on 2 September 2016), a decision (the “CA decision”) which has been commented in Revised Sentencing Practice (see http://www.hk-lawyer.org/content/revised-sentencing-practice).

The evidence in proper and full form refers to the prosecution materials, such as witnesses’ statements (including, for example, those under immunity) and may also include government chemist certificates (eg, in dangerous drugs-related cases), sketches, fingerprint evidence, DNA evidence, photographs, CCTV footage, etc., and unused materials (ie, materials the prosecution do not intend to rely on but which may assist the Defence case). The prosecution materials may have become more important after the CA decision. However, the court will continue not to have regard to the strength of the prosecution case in determining the discount to be afforded for a plea of guilty. At the same time, the court will retain its overall discretion in passing sentence.

The rules of professional conduct for solicitors and barristers are relevant. Chapter 10.16 of the Solicitors’ Guide of Professional Conduct provides that a defendant’s right to choose whether to plead guilty or not is his fundamental right which a solicitor cannot undermine by threatening to withdraw if the client does not comply with the lawyer’s advice, or by other means of duress. It also states that “the solicitor may give advice in a strong and comprehensive manner but the client must be left with the clear understanding that he has the right to choose how to plead.”

The Bar’s Code of Conduct stipulates at para. 150 that a client has “the responsibility for and complete freedom of choice in his plea”. It further states that “[w]here a defendant tells his Counsel that he did not commit the offence with which he is charged but nonetheless insists on pleading guilty to it for reasons of his own, Counsel must continue to represent him, but only after he has advised what the consequences will be and that what can be submitted by Counsel in mitigation will have to be on the basis that the client is guilty.”

In a situation where a defendant is indecisive and needs “proper advice”, the prosecution materials will not become more important as a result of the CA decision. They have always been essential to counsel. This may be reflected in the part of para. 150 which provides that “[f]or the purposes of giving proper advice, Counsel is entitled to refer to all aspects of the case and where appropriate he may advise his client in strong terms that he is unlikely to escape conviction and that a plea of guilty is generally regarded by the Court as a mitigating factor.”

In order to be able to refer to all aspects of the case, the prosecution should have served the evidence in proper and full form, which does not happen on the defendant’s first court appearance. Thus, one may argue that given the CA decision, the availability of prosecution materials at the earliest opportunity is vital so that even the genuine indecisive defendant (for example, genuinely does not know whether the facts amount to the offence charged or genuinely does not remember the events) avails himself of a one-third discount in sentence after receiving “proper advice”.

Instead of the current situation where the indecisive defendant pleads not guilty at the earliest opportunity and then pleads guilty after his case was set for trial (having received the prosecution materials and “proper advice”), his counsel will have to ask for adjournments without a plea, until the prosecution materials are made available and counsel has had opportunity to assess the strength of the case. But this is done in order to assess the prospects of conviction or acquittal and not in order to know whether the defendant is guilty or not.

As stressed in the CA decision, the first reasonable opportunity for the defendant to indicate his guilt does not depend on the strength of the evidence, a statement which is consistent with the above-mentioned rules of professional conduct and the sentencing practice not to have regard to the strength of the prosecution case in determining the discount for a guilty plea.

Certainly, the evidence in proper and full form is essential in assessing the prospects of conviction or acquittal but not in deciding whether to plead guilty or not.

While the revised sentencing practice may offer more incentive to a defendant to plead guilty at the first reasonable opportunity, ethical considerations remind us that he has always had complete freedom to choose how to plead, and he can do so for reasons of his own. However, those drafting the charge should strive to provide sufficiently accurate particulars and ensure that the facts of the case reflect the elements of the offence. The evidence in proper and full form used to assess the prospects of conviction or acquittal should not be put under the same category as the charge and facts of the case, which lay the foundation for a defendant to consider how he is going to plead.