Managing the Property and Affairs of Persons with Mental Incapacity 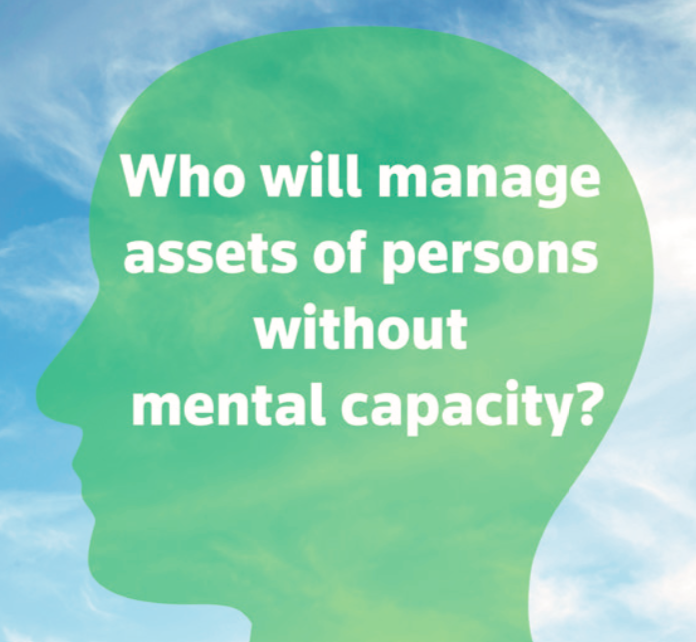 In light of the ageing population and increased life expectancy for both males and females in Hong Kong, there is a growing need for lawyers practising in the area of mental health, elderly and capacity law.

People who are without mental capacity are vulnerable and often the target of abuse. Some of these persons may be living on their own without family support and some may have accumulated substantial wealth or stand to inherit property from their family members.

Who will manage these assets of persons without mental capacity? How can we protect and prevent elderly financial abuse, which is often undetected and unreported?

In a widely publicised elderly financial abuse case in Singapore involving an ex-tour guide Yang Yin, reported in The Straits Times on March 3, 2017, the Court of Appeal Judge, Mr. Justice Tay, in delivering his oral judgment, stated that “In every society, taking advantage of vulnerable persons in the community is completely unacceptable and utterly reprehensible...”

In this case, Madam C was a childless elderly widow in her 80s. She met a young Chinese tour guide, Mr. Y, during her trip to Beijing in 2008. Mr Y found out that Madam C had inherited substantial wealth from her late husband and devised an elaborate scheme to siphon off all her assets.

In 2009, Mr Y moved to Singapore to live with Madam C and added himself as a joint account holder of Madam C’s investment account. In 2010, Madam C executed a will making Mr. Y the sole beneficiary of her entire estate.

Madam C’s neighbours and relatives became suspicious and reported the matter to the authorities. Madam C was subsequently diagnosed with dementia and legal proceedings were commenced against Mr. Y. The Court heard that Mr. Y had transferred large sums of money from Madam C’s investment account to his account, and Madam C had executed a Lasting Power of Attorney in favour of Mr. Y, which in effect gave Mr. Y complete control of Madam C’s assets.

Mr. Y was subsequently convicted of misappropriation of assets and falsification of accounts and sentenced to 6 years imprisonment, which was increased to 9 years on appeal.

Such financial abuse is not confined to Singapore.

In a Hong Kong case reported in 2006, Madam Y was a 74-year-old childless widow suffering from dementia and bipolar disorder. She owned two properties in the mid-levels and had lived in a mental hospital since 1995. Mr X was a male volunteer at the same hospital and frequently visited Madam Y.

In November 2002, one of Madam Y’s properties was sold and part of the sale proceeds was given to Mr X as “a gift”. A medical social worker became suspicious and applied for a Guardianship Order to protect Madam Y from suspected financial elderly abuse.

In November 2003, Madam Y was formally assessed to be mentally incapacitated. It transpired that just two months before her assessment, Madam Y had signed a general power of attorney in favour of Mr X.

Despite being warned that the said general power of attorney was invalid due to Madam Y’s mental incapacity, Mr X continued to use the same to sell Madam Y’s second property in January 2004 and kept the sale proceeds.

In August 2004, the Director of Social Welfare, as Madam Y’s Public Guardian, made an application under Part II of the Mental Health Ordinance, Cap.136 for the appointment of a Committee to manage the property and affairs of Madam Y.

The Official Solicitor was subsequently appointed as the Committee of Madam Y and took out necessary legal action against Mr. X for the recovery of the said property and damages.

According to government statistics, by 2036, one third of the people in Hong Kong will be aged 65 or above. Experts say that the average life expectancy is expected to increase to 87 years for men and 90 years for women.

This also means that there will be a surge in the number of dementia cases –the number of persons aged 60 and above with dementia will more than triple from 2009 to 2039!

In view of these alarming statistics, cases of elderly financial abuse similar to those mentioned above will only increase in quantity and complexity.

Hong Kong therefore needs to be ready to face a myriad of challenges brought about by the incoming “Dementia Tsunami”, which will include a surge in demand for elderly goods and services, elderly homes, specialist doctors and allied health workers.

There will also be a significant rise in the elderly dependency ratio, leading to the need for more community support for family members and care-givers. The number of guardians and professional committees appointed to look after the health, welfare and finances of persons with mental incapacity will also be on the rise.

Mental capacity generally refers to the mental competence of an individual to make a decision, or undertake certain acts, or engage in a particular activity. Some important principles to note include:

A Brief Overview of HK’s Current Legal Framework
Hong Kong currently only has one ordinance that deals with mental health issues – the Mental Health Ordinance (Cap. 136) (MHO), which amends and consolidates the law relating to mental incapacity and the care and supervision of mentally incapacitated persons (MIPs), as defined in the MHO.

The MHO was enacted in 1960, a year after UK’s Mental Health Act of 1959. Although the MHO was substantially expanded in 1997, no significant amendments have been made since then, and it still contains several aspects of the more archaic forms of the UK’s mental health legislation.

In comparison, England and Wales have two legislations, namely, the Mental Health Act 1983 and the Mental Capacity Act 2005. The former deals with patients who have a mental disorder but do not lack capacity, whilst the latter provides a comprehensive statutory framework that aids those lacking capacity to make their own decisions, as well as providing the authority for decisions to be made on their behalf and in their best interests where necessary.

Akin to England and Wales, Singapore also has two mental health legislations, namely the Mental Health (Care and Treatment) Act 2008 and the Mental Capacity Act 2008. The former is modelled on the UK Mental Health Act 1959 and is helpful for patients who are mentally ill and at significant psychiatric risk but who decline voluntary treatment.

The Mental Capacity Act 2008, which was passed in 2010, safeguards vulnerable members of society and allows the Court to appoint deputies to make decisions on behalf of an individual. The new Act allows advanced planning with the introduction of the lasting power of attorney, which may be executed by a person before s/he loses mental capacity.

Since Hong Kong only has one piece of legislation that deals with all mental health related matters, it covers, inter alia, all of the following:

i. the management of financial matters of MIPs (Part II MHO);

ii. the reception, detention and treatment of patients suffering from mental disorder (Part III MHO); and

iii. the care and welfare of MIPs (Part IVB MHO).

Here are some examples of how these legal provisions may be applied:

Here are some examples of where it may be necessary to take out a Part IVB application under MHO for a Guardian:

Thus, in most cases, where there is no dispute between the family members of a MIP, it may not be necessary to make an application for the appointment of a Committee or Guardian under Part II and IVB of the MHO.

People often get confused with the concepts of Committee and Guardian and their respective powers, duties and application procedures. In gist, a Committee is a person appointed by the court under s. 11 of the MHO primarily to deal with the assets and finances on behalf of the MIP as the Court orders or directs; whereas a Guardian is a person appointed by the Guardianship Board primarily to deal with the health and welfare of the MIP, which includes medical treatment and residence, etc. with a cap in financial power.

In light of the ageing population, we must work together to improve education and promote awareness of mental health, elderly and special needs issues; to provide training to detect and prevent mental deterioration and physical, emotional and financial abuse against MIPs.

It is also important to recognise a person’s right to be respected after s/ he loses mental capacity. Advance care planning tools such as the emerging Continuing Powers of Attorney and Advance Directives provide a mechanism for his or her wishes on care and end of life treatment to be determined.

On 6 September 2019, the Law Reform Commission launched a public consultation on end-of-life care legislative proposals on Advance Directives. In connection with this consultation, the Centre for Medical Ethics and Law will be hosting a conference on the topic of advance directives in Asia at the University of Hong Kong on 2-3 March 2020. This conference will take a comparative look at the law and practice of advance directives in jurisdictions all over Asia, as well as examining the Hong Kong context, in particular.

In the next issue, we will explore the human rights concerns arising from the involuntary detention and treatment of patients under Part III of the MHO and the concepts of mental capacity, best interests, substitute/supported decision- making under Parts II and IVB MHO.

Sherlynn Chan is a graduate of HKU and a solicitor with over 25 years’ experience. She is an accredited general and family mediator and worked in the Legal Aid Department and Official Solicitor’s Office for over 11 years. She has acted on behalf of litigants under disability and has been appointed by the High Court as committee for estates of persons without mental capacity. She also specialises in private client work including contentious probate and family matters. She served as a deputy district judge in the Family Court in 2014.

Daisy Cheung is an Assistant Professor of the Faculty of Law at HKU, as well as the Deputy Director of the Centre for Medical Ethics and Law. Prior to joining HKU, Daisy obtained her LLB (Hons) and PCLL from HKU and her BCL from Oxford. Her research interests are in the field of medical law, primarily mental health law and ethics. She is also interested in issues in assisted reproduction. Daisy currently teaches on the new LLM in Medical Ethics and Law programme.