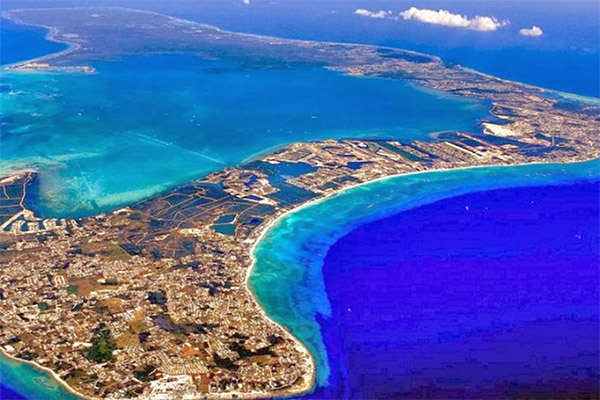 In the course of the last 24 months, a number of Cayman Islands companies with operations in the PRC and shares or American Depositary Receipts ("ADRs") traded on US Exchanges have been the subject of “take-private” transactions.  Some of these transactions have reportedly been fuelled by the prospect that these businesses may command a higher valuation in China's A-share IPO market. At the same time, there has been a corresponding increase in litigation by shareholders of such companies claiming to have received less than fair value for their shares. Such litigation has been brought in the Cayman courts under Part XVI of the Cayman Companies Law (Revised) (the "Law") (the "Dissent Regime").

The Dissent Regime came into force in 2009. However, it was not until 28 August 2015 that the meaning of fair value and the approach to appraising fair value were the subject of determination by the Grand Court of the Cayman Islands. The case was In the Matter of Integra Group, in which Jones J drew heavily from Delaware jurisprudence to arrive at his judgment.

Since that first judgment, several more cases are pending before the Grand Court, and amongst them, judgments are imminent in relation to Shanda Games and Homeinns Hotel Group. These may provide practitioners and investors with additional legal and practical guidance on the scope and operation of the Dissent Regime, and/or open new areas of controversy.

Vindicating the Right to Payment of “Fair Value”

Contractual mergers and consolidations are required to be authorised by a special resolution of shareholders (ie, the approval of at least two thirds of the shareholders entitled to vote in person (or such higher majority as may be specified in the company's articles of association)).  They do not, as a matter of Cayman Islands law, require court approval.  For shareholders who object to the merger or consolidation but have been outvoted by the requisite majority, their remedy is to seek payment of the fair value of their shares pursuant to s. 238 of the Law or to challenge the merger or consolidation as being void or unlawful.

The process for a shareholder in such circumstances to dissent and demand payment of fair value under the Law is subject to strict time limits.  It is therefore important that timely consideration is given to the conversion of ADRs into shares (where applicable), the provision of written notices of objection and notices of decisions to dissent, the making of offers by the company, and, in the absence of agreement, the filing of proceedings in the Cayman Court.  Note that in respect of decisions to dissent, a shareholder who dissents must do so in respect of all of the shares that he holds in the relevant constituent company.

In Integra, the Cayman Court's decision was notable in the following respects.  First, it affirmed that assessing fair value is a fact-based assessment, requiring an element of judgment by the Court.  Second, it held that in the context of the Dissent Regime, fair value typically means the economic benefit attaching to a shareholding were the business to be sold as a going concern in a hypothetical arm's-length transaction with the resulting common shareholders' equity value distributed amongst common shareholders on a pari passu basis without incorporating (i) minority discounts, (ii) non-controlling discounts, and (iii) marketability and illiquid discounts.  Third, it considered hindsight evidence to be generally not relevant (although there are limited exceptions).  Finally, the decision held that on the facts of the case, a fair rate of interest to be paid by the company was the mid-rate between a company's assumed return on cash and the rate at which it could borrow.

However, there remain areas which would benefit from further clarification.  These include the below.

In any given case, there is a need for the court to consider all evidence that may be helpful.  (Note, this is also the position in Canada.  See Cyprus Anvil Mining Corp v Dickson (1986) 8 B.C.L.R 145.)  In Integra, the Cayman Court was of the view that the parties' experts are “the best judge” of what information is relevant but offered no guidance on the scope of the parties' discovery obligations and entitlements. In In the Matter of Charm Communications Inc, unreported, 20 February 2015 (Mangatal J), the Cayman Court made it clear that in the context of such proceedings, directions given in one case are not to be regarded as precedents. Consequently, the scope of discovery is likely to be the subject of detailed consideration and argument in every case.

Approval by Majority of Minority

Proxy statements issued in relation to many “take-private” transactions reveal that buyer groups are now considering mergers or consolidations which are conditional upon, inter alia, the approval of the majority of the minority shareholders (ie, those unaffiliated with the company). The existence of such approval is intended to demonstrate that the “take-private” transaction was fair to minority shareholders. However, with the increasing practice of appraisal arbitrage and the risk that arbitrageurs may, following the announcement of a “take-private” transaction, amass sufficient shares to block the required shareholder vote, many buyer groups often disregard this condition. Whilst the absence of a majority of the minority vote (where such has been stipulated as a condition) is not necessarily indicative that the final merger price was unfair, it is often a factor relied on by dissenting shareholders. Integra was not a case in which the merger was conditional upon the approval of a majority of the minority shareholders, so it remains to be seen whether a merger approved on that basis will influence the valuation approach the Cayman Court will take in its determination of a company's fair value.

The Law does not prescribe any particular valuation methodology. The Cayman Court has noted that absent such provision, fair value may be proved by any techniques or methods which are generally acceptable in the financial community and are otherwise admissible in court. In Integra, three possible valuation approaches were identified:

In Integra, the approach of the dissenting shareholders' expert was favoured by the Court and a 75 percent/25 percent weighting was applied to the DCF method and the “Guideline Public Company” method respectively. Given the fact-sensitive nature of each valuation, it is difficult to extrapolate from any particular reported decision what valuation approach might be taken by the Cayman Court in other cases.

A Word on Merger Consideration

Historically, the Court of Chancery of the State of Delaware (the “Delaware Court”) looked to the final merger consideration as the best evidence of “fair value” when the transaction "resulted from a competitive and fair auction, which followed a more-than adequate sales process and involved broad dissemination of confidential information to a large number of prospective buyers" (see also Union Illinois 1995 Inv. Ltd. P'ship v. Union Fin. Grp., Ltd., 847 A.2d 340, 358 (Del. Ch. 2004), in which the Delaware Court appraised company at the merger price minus synergies).

For example, in Huff Fund Investment Partnership v. CKx, Inc., Unreported in A.3d (2013), the Delaware Court relied on the financial merger consideration as the best and most reliable indication of the company's value and was of the view that projections created for litigation or for obtaining benefits outside the company's ordinary course of business were unreliable for the purposes of the valuation that it had to undertake.

However, in some recent decisions after Integra, the Delaware Courts have rejected the final merger consideration as the best evidence of a company’s fair value – at least where there has not been a competitive and fair auction conducted in the circumstances contemplated in Huff.  For example, in Re: Appraisal of Dell, Inc. (Del, May 11, 2016), the Delaware Court made it clear that “a claim that the bargained-for price in an MBO represents fair value should be evaluated with greater thoroughness and care than, at the other end of the spectrum, a transaction with a strategic buyer in which management will not be retained”.  Using the DCF analysis, the Delaware Court rejected the final merger consideration as evidence of fair value on the grounds that, inter alia, the sale price was influenced by a leveraged buyout pricing model; there was a significant “valuation gap” between Dell’s long term value and the market’s perception; and there was a lack of meaningful price competition at the pre-signing stage because the independent committee had not contacted any strategic buyers and had only negotiated with the MBO group.

The prospect of higher valuations in the PRC markets may continue to fuel the number of “take-private” transactions for some time to come, with a concomitant increase in the number of claims under the Dissent Regime.  Although Integra has provided welcome guidance on the Cayman Court's approach to the determination of a company's fair value under the Dissent Regime, uncertainty remains as to how the Cayman Court will address issues of disclosure. It also remains to be seen whether any additional factors will be identified as criteria for the approach to valuation, while predicting which of two or more valuation methods will prevail in any given case is still very much an inexact science. The recent judicial shift in Delaware away from the final merger consideration as evidence of a company's fair value and towards more rigorous scrutiny of leveraged MBOs may be a signpost for the Cayman Courts to follow suit. As things stand, it would seem that the best prospect of a company being able to persuade the Court that the final merger consideration represents fair value is by ensuring that the merger is the product of a competitive and fair auction, and perhaps, to also make the merger conditional upon the approval of a majority of the minority shareholders. 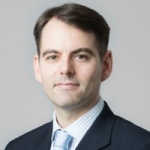 Oliver is Head of Dispute Resolution in Asia. His practice spans all aspects of offshore litigation and includes complex, high-value fund, shareholder and banking disputes, cross-border insolvency, and breaches of directors and trustees' duties. He is a key member of the firm's global Restructuring and Corporate Recovery team. He also has experience in resolving disputes via arbitration and mediation.

Mr. Ng is the Head of Dispute Resolution for Asia. He is a member of the Chartered Institute of Arbitrators and his areas of practice are commercial, company, insolvency and trust law. He has broad experience of complex high value multi-jurisdictional commercial disputes relating to shareholder rights, directors’ duties, corporate governance, cross-border restructuring and insolvency, trusts and commercial fraud. He regularly provides expert opinions on these areas of BVI law and has also appeared as an expert witness in various jurisdictions, most recently in Geneva and Zurich.

Mr. Gomez is an Attorney at Law of the Cayman Islands. He has a broad practice covering private international law and general commercial litigation with a particular focus on contentious insolvency, banking matters and shareholders’ disputes.