Is It Possible to Have Two or More Marriage Ceremonies? 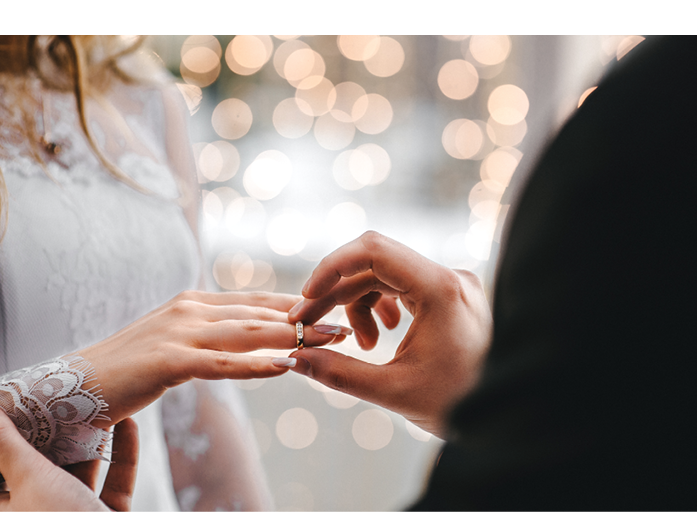 COVID-19 has impacted people’s lives across the globe in countless ways. For those with plans to get married this year, weddings have had to be postponed or cancelled. Some people, however, may have decided to arrange a simple marriage ceremony in their home country, to be followed by a wedding celebration – either in the same location or elsewhere – when the situation improves. Will the marriage ceremonies be considered valid though?

The answer is yes. However, in Hong Kong and in most countries, only the first marriage ceremony will be recognised as legal and valid. The marriage continues until its termination by death or by law such as divorce or annulment. It is therefore crucial to ensure that the correct procedural steps relating to the marriage ceremony are observed.

This UK case involved an application to rectify a decree of divorce granted over 20 years ago, after it was realised that the ‘wrong’ marriage had been dissolved by the divorce. The couple married first in a ceremony in Spain, followed by a second ceremony of marriage in London, however, there was uncertainty surrounding the status of the first Spanish marriage ceremony. When the Husband, Mr X, petitioned for divorce in England and Wales only the English marriage was referred to, and subsequently dissolved, in the Divorce Petition.

The Wife, Miss Y, wished to remarry in Spain over 20 years later and asked that Mr X take steps to register their divorce in Spain. Mr X was told he could not register the divorce in Spain because neither the Divorce Petition nor the Decree Absolute referred to the Spanish marriage.

The High Court of Justice (Family Division) ruled that:

This decision was made fairly recently and has yet to be cited by any case in Hong Kong, however, it highlights the potential repercussions of having two marriage ceremonies.

In this Hong Kong case, the Court of Appeal, when determining a probate claim, examined the validity of two marriages entered into by a man with two different wives. The deceased man, who had lived part of his life in the USA and part in China, entered into a Chinese customary marriage in China in 1921.  He then married another woman in China in 1939 (after the Civil Code took effect).

In other words, the court will look at the domicile of the parties at the time of the marriage when determining whether the marriage is valid.

The ‘Marriage’ of Mick Jagger and Jerry Hall

Mick Jagger and Jerry Hall went through a marriage ceremony in Bali, Indonesia in 1990, but it was not until Jerry Hall commenced divorce proceedings in 1999 that Mick Jagger made a public announcement that they were not actually married.

It was claimed that the priest who officiated at the couple’s Hindu wedding ceremony in Bali did not receive the necessary legal documents - the ceremony performed by the priest was not recognised in Indonesia. There was also only one witness to the ceremony and a letter of authority had not been obtained from the British consul, which also fell short of the Indonesian requirements. The High Court in London accepted that the wedding was not valid under either Indonesian or English law and declared it null and void.

Can I get married in a foreign country and what should I consider if I wish to do so?

You will not be able to register with the Registrar of Marriages in Hong Kong a marriage solemnised in a foreign country, but the overseas marriage will still be recognised as a valid marriage in Hong Kong as long as:

Here are a few examples of the legal requirements of some of the more popular wedding destinations outside Hong Kong:

(i) A marriage can take place in a church, or in other premises (such as a hotel) approved by the local authority.

(i) A civil ceremony is the only legal binding ceremony possible in France.

(ii) Civil ceremonies can only take place in a local mairie (town hall).

(iv) You may only have a religious ceremony after a civil ceremony has taken place, either in France or in your home country.

(v) Generally, the marriage application must be made and received by the local mairie at least 10 days before the marriage ceremony, and the ceremony must take place within 10 days after obtaining the authorisation to marry.

(i) There is no residency requirement.

(ii) Prior to the marriage ceremony, you will need to obtain a licence to get married issued by the State of Nevada.

(i) There is a short residency requirement of four working days in Thailand prior to registering your marriage.

(ii) Prior to registering your marriage, foreigners are required to make a declaration/affirmation at the Thai Embassy attesting that he/she is single and free to marry in accordance with Thai Law.

(iii) The couple will need to obtain a Thai translation of such declaration/affirmation and have it legalised in the Ministry of Foreign Affairs.

(iv) A marriage can then be registered at a local district office by the parties publicly giving consent to take each other as husband and wife before the Registrar and have it recorded by the Registrar in your marriage certificate.

(v) Two witnesses over 18 years are required to be present at the marriage ceremony. They can be provided by the local district office.

(i) All couples intending to have a legally binding ceremony in Bali are required to declare a religion with the Civil Registry Office. The only religions accepted are Islam, Buddhist, Hindu, Christian-Catholic and Christian-Protestant. Partners must also declare the same religion or submit a change of religion via written declaration.

(ii) Couples who do not follow an Islamic faith must also file a Notice of Intention to Marry with the Civil Registry Office and present a consular representative Letter of No Impediment to Marriage. To obtain the Letter of No Impediment, couples must present the consular representative with their passports which must be valid for longer than 6 months as well as any certified death certificates or divorce decree (absolute) for the dissolution of any preceding marriages. The Notice of Intention to Marry needs to be filed at least 10 days before the marriage ceremony, but tourists may be able to have this “waiting period” waived.

(iii) Two witnesses over 18 years are required to be present at the marriage ceremony. They can be provided by the Civil Registry Office.

(iv) All Islamic marriages are legal immediately after the ceremony, however other religious marriages must be recorded with the Civil Registry Office to be considered legal. A recording by a Registry official can be performed directly at the ceremony for an additional fee. Otherwise, Marriage Certificates are usually issued on the same or next day.

If you plan to have two weddings be aware of the potential legal implications of this decision. To play safe, register your marriage in your place of domicile or residence before or after the foreign location wedding ceremony. 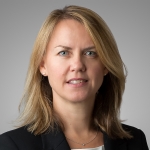 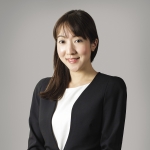 Chantelle was admitted as a Solicitor of Hong Kong in 2009. Her practice focuses on family law matters including divorce and separation, child custody, permanent removal of children, wardship and injunctions, financial disputes and nuptial agreements. Prior to joining Gall, Chantelle worked in a specialist family law firm for 6 years. She has experience in dealing with clients from different jurisdictions and walks of life.