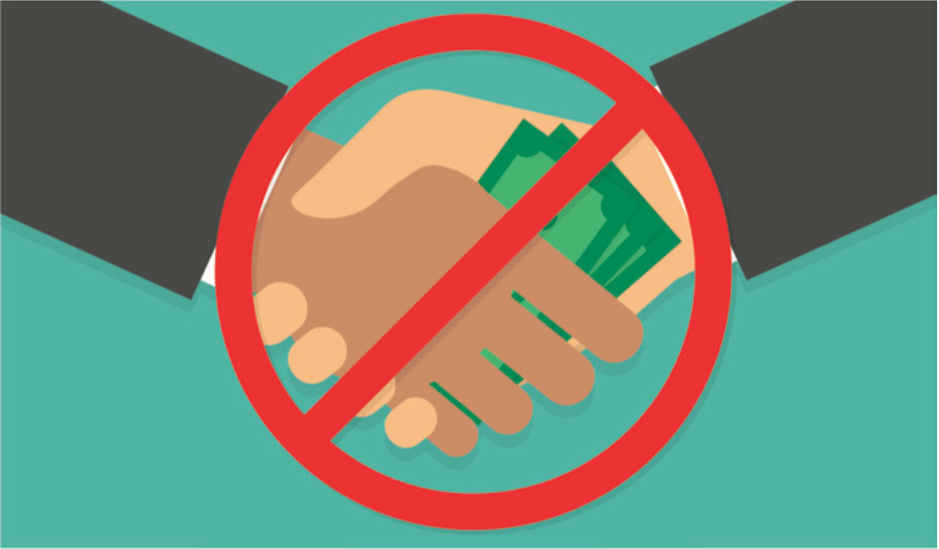 (“SFC”) signed a Memorandum of Understanding (“MoU”) to strengthen their cooperation in combating illegal activities affecting the integrity of Hong Kong’s securities and futures markets. The enhanced collaboration includes referral of cases; joint investigations; exchange and use of information; mutual provision of investigative assistance; and capacity building. The ICAC and the SFC will actively consider whether each should refer matters to the other agency, may commence joint investigations, will exchange information according to applicable laws and the MoU’s objectives, and will provide investigative assistance and coordinate training initiatives.

Before signing the MoU, the ICAC and the SFC had conducted two joint operations. In December 2017, the ICAC and the SFC raided the offices of Convoy Global Holdings Limited (“Convoy”) and arrested relevant individuals. The agencies found that Mr. Cho Kwai Chee (“Cho”), the former director and a shareholder of Convoy, conspired with others and dishonestly caused Convoy’s subsidiary to acquire a company substantially owned by Cho without proper disclosure. The ICAC prosecuted Cho and five other individuals in May and July 2019. Under the second joint operation, the agencies searched two listing sponsor firms’ offices in June 2019. The ICAC also searched the offices of two listed companies and a financial printing company, and arrested the former head of the Stock Exchange IPO vetting team and two of his associates for suspected corruption regarding the

vetting of listing applications of the two listed companies. The SFC is conducting an ongoing review of the manner in which the Stock Exchange has administered listing and other matters relevant to the investigation.

Traditionally, the ICAC is vested with the statutory power to investigate corruption, while the SFC’s main responsibility is to regulate market misconduct. The MoU signifies the determination of both agencies to combat corruption and illegal misconduct relating to the securities and futures markets. There will be a boost to the agencies’ overall effectiveness in fighting illegal activities in a joint investigation due to the combination of their respective investigative powers, as the process of sharing information obtained by the agencies under compulsion has been formalised. Under s. 183 of the Securities and Futures Ordinance (“SFO”), the SFC can compel an interview relating to the matters under investigation. During an interview, there is no right to remain silent on the basis of self-incrimination, and a failure to answer questions is a criminal offence (see s. 184 of the SFO). Section 187(2) of the SFO prohibits direct use of the compelled information as evidence in criminal proceedings against the interviewee, but such evidence may be used in subsequent criminal proceedings by the SFC and/or the ICAC against others (including co-conspirators of the interviewee). Derivative use of this information is also permitted, allowing the SFC and/or the ICAC to use any other materials which the compelled information has led the investigators to identify, in criminal proceedings against the interviewee and/or others (there is no “derivative use immunity” under Hong Kong law. See HKSAR and Lee Ming Tee [2001] 1 HKLRD and Koon Wing Yee v SFC [2009] HKEC735). While there was already a legal basis under s. 378(3)(i) of the SFO for the SFC to share compulsorily obtained information with the ICAC, the MoU has now formalised this sharing mechanism. Similarly, under s. 14(1) of the Prevention of Bribery Ordinance (“POBO”), the ICAC can hold an interview under compulsion, and failure to comply without reasonable excuse is a criminal offence (see s. 14(4) of the POBO). Section 20 of the POBO prohibits direct use of any compelled information as evidence to incriminate the interviewee in criminal proceedings, but the agencies are not prohibited from using such information in criminal proceedings against any other person. Derivative use of the compelled information is allowed (derivative use of the information obtained under s. 14(1) of the POBO is allowed. See A and Commissioner of Independent Commission Against Corruption (2012) 15 HKCFAR). The MoU provides that the ICAC may share this information with the SFC.

Given the greater regulatory scrutiny that is expected in the wake of the MoU, it is important for Hong Kong listed companies, licensed persons and registered institutions to understand the investigative and prosecutorial tools that areavailabletotheenforcementagencies and to consult both capital markets and anti-corruption counsel promptly upon the emergence of potential compliance issues.

Editorial Note: This is a summary of the article “Hong Kong’s Corruption and Markets Regulators Have Signed a Collaboration Memorandum to Combat Financial Crime” which was circulated via Hong Kong Lawyer eNewsletter and posted on Hong Kong Lawyer website in December 2019.

Richard Sharpe is a partner in the Government & Internal Investigations Group in the Hong Kong office of Kirkland & Ellis. He assists multinational clients with a variety of international risk matters, including fraud, anti-bribery and corruption, anti-money laundering, international sanctions, cyber-crime, anti-trust and other cross-border investigations and disputes.