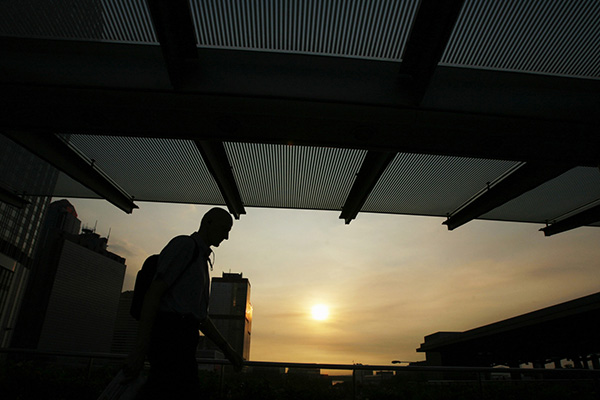 The Companies (Winding Up and Miscellaneous Provisions) (Amendment) Ordinance (Cap. 32) (the “Amendment Ordinance”) recently came into operation on 13 February 2017. The Amendment Ordinance brings Hong Kong’s winding-up procedures and insolvency law in line with international developments. As identified in the reform exercise, the underlying objectives are to have a more efficient administration of the winding-up process and enhanced creditor protection.

An important aspect of the reform is the increased protection offered to creditors against asset depletion in an insolvent company. This includes a new provision on transactions at an undervalue (which was previously only applicable to individuals) and a self-contained provision on unfair preferences applicable to companies. Notably, there is greater clarity to the definition of associates and connected persons. The floating charge provision has also been improved to distinguish those charges created in favour of persons connected with the insolvent company and those created in favour of persons not so connected.

Transactions at an Undervalue and Unfair Preferences

Furthermore, under the previous regime, the provisions on unfair preferences in relation to companies were incorporated by reference to the Bankruptcy Ordinance which concerns individuals only. There is now a self-contained provision on unfair preference applicable to companies, largely mirroring that of the Bankruptcy Ordinance.

Both transactions at an undervalue and unfair preferences can only arise during the “relevant time”:

Separately, the previous legislation also had anomalies in the definition of “associate” under the Bankruptcy Ordinance when applied in the context of companies. The definition of “associate” has now been specifically tailored for companies and a concept of “person connected with the company” has been added. A “person connected with the company” means:

The definition of “associate” includes:

The Amended Ordinance has increased the clawback period for floating charges created in favour of a person who is connected with the company to a period of two years ending with the commencement of winding up. For floating charges created in favour of persons who are not connected with the company, the relevant time remains as 12 months. The company must also have been unable to pay its debts at the time or became unable to pay its debts as a result of the transaction creating the charge. As with the previous regime, however, if new money was paid to the company in consideration for the charge at the same time or after the charge was created, the charge will only be invalidated to the amount not covered by the new money. The Amended Ordinance further provides that the consideration for the charge can either be new money paid at the direction of the company, or property or services supplied to the company.

Under the Amendment Ordinance, past directors and members can be potentially liable for improperly returning share capital to members prior to the insolvent winding-up of a company. This can occur where a company has redeemed or bought back its own shares by payment out of its capital and the company became insolvent and was wound up within one year of the redemption or buy-back. Past shareholders and the directors (who made the relevant solvency statement for the payment out of capital without having reasonable grounds for the opinion expressed in the statement) will be jointly and severally liable to contribute to the assets of the company an amount not exceeding the payment in respect of the shares.

This is a new provision that protects the company against any divestment of capital prior to its insolvent liquidation and members getting a preference in circumstances where they ought not do so. To manage any risk of exposure, shareholders and directors should ensure that they are properly acquainted with the company’s financial state and that the company has sufficient assets prior to any redemption or buy-back of capital.

Meanwhile, additional safeguards are in place to limit the powers of the liquidator appointed by the members during the period before the holding of the first creditors’ meeting. The powers of the directors will also be restricted (before the appointment of a liquidator) so that they cease to have full management powers and can hand over the administration of the company’s affairs to a duly appointed liquidator as soon as possible.

New provisions have also been added in relation to a provisional liquidator or liquidator’s appointment, disqualification, disclosure and liability. These improve the transparency and integrity of the winding-up process, and include:

Practical Tips for Companies and Creditors

Businesses need to be continually vigilant and seek advice when negotiating transactions, especially in volatile times, to ensure that transactions are not eventually found to be at an undervalue. This may require conducting professional valuations of the assets.

Similarly, any creditors receiving payments or security from companies that may be under financial distress should be wary of the risk of the payment or security being an unfair preference. Advice should be sought early on as to the surrounding circumstances of the payment or granting of the security (eg, reasons for providing the credit or security and how demands were made). This can have a substantial impact on whether a court finds that there has been an unfair preference.

Jenny Kung is an associate in the dispute resolution practice at Baker McKenzie in Hong Kong. Ms. Kung advises clients on a range of commercial disputes and advisory matters, with a particular focus on corporate insolvency, debt recovery/enforcement of security and shareholders’ disputes.