The Guangdong-Hong Kong-Macao Greater Bay Area (Greater Bay Area or GBA) consists of the Hong Kong Special Administrative Region (HKSAR), the Macao Special Administrative Region (Macao SAR) as well as the municipalities of Guangzhou, Shenzhen, Zhuhai, Foshan, Huizhou, Dongguan, Zhongshan, Jiangmen and Zhaoqing in Guangdong Province (“the nine Pearl River Delta (PRD) municipalities”). The development of the Greater Bay Area is a national strategy aiming to promote cooperation among the nine PRD municipalities, HKSAR and Macao SAR, which together are to form a world-class city cluster.

On 18 February 2019, the Central Government issued an Outline Development Plan (“Outline Plan”) to guide the current and future cooperation and development of the Greater Bay Area. The Outline Plan covers the period to 2022 in the immediate term and extends to 2035 in the long term.

As illustrated in my earlier article in August 2020 (http://www.hk-lawyer.org/content/greater-bay-area-0), the clear Central Government policy in driving the GBA development results in GBA being always the first beneficiary of government’s liberalisation policies.

In addition to the liberalization measures, an important aspect of the implementation of the Outline Plan is the acceleration of the infrastructure to improve the flow of talent. The incentive for, and the ability of, people to move freely across cities to develop careers and provide the required human capital for the holistic socio and economic development within the GBA is crucial.

The pilot measure for Hong Kong and Macao legal practitioners to obtain Mainland practice qualifications and to practise as lawyers in the nine PRD municipalities is a major breakthrough. Over 600 practitioners have enrolled in the special qualifying examination initially scheduled to be held in January 2021, but re-rescheduled due to the worsening of the public health situation at the beginning of the year. The new date of the examination is yet to be announced, but the postponement may be a blessing in disguise as it allows candidates more time to prepare for the examination.

The Government has initiated many other measures to encourage people, particularly the younger generation, to explore opportunities of working in the Mainland. One of the recent measures that may be of interest to the legal profession is the Greater Bay Area Youth Employment Scheme (“Scheme”). The Scheme aims to encourage enterprises with operation in both Hong Kong and the GBA to recruit and deploy local university / tertiary institution graduates to work in the Mainland cities of the GBA.

Hong Kong residents holding bachelor’s degrees or above awarded by local or overseas universities / tertiary institutions in 2019 to 2021 are eligible to join the Scheme. The participating enterprises shall engage the eligible graduates under the Hong Kong Law, offering them a monthly salary of not less than HK$18,000 and shall station the graduates in GBA to work and receive on-the-job training. The Government will grant a monthly allowance of HK$10,000 to the enterprises for each graduate engaged up to 18 months.

Law firms with both offices in Hong Kong and the GBA are eligible to apply under the Scheme. In addition to paralegal or administrative positions, law firms may also consider applying for trainee solicitor positions under the Scheme provided that the secondment of trainee solicitors to their offices in the GBA has been approved by the Law Society in accordance with the requirements of the Trainee Solicitors Rules. This will provide an opportunity for new entrants to the profession an opportunity to gain more exposure to the legal practice environment and to extend their professional network in the GBA.

To encourage talent mobility, various preferential treatments have also been implemented. For example, just recently in December 2020, the Department of Finance of Guangdong Province and the Guangdong Provincial Tax Service State Taxation Administration announced that overseas high-level and urgently-needed talents (including Hong Kong and Macao permanent residents) who work in the GBA will be provided with tax subsidies and exemption until 31 December 2023.

Further, the National Immigration Administration also announced in October 2020 that applications for renewal and reissuance of the Hong Kong and Macao Residents Entry and Exit Permits can be made in the Mainland China and the application procedures are the same as those in Hong Kong and Macao.

There are many other examples of the effort put in to attract talent and facilitate mobility within the GBA. The ultimate aim is to leverage and coordinate the unique advantages of each core city in the GBA and develop the area into an international vibrant regional hub for the benefit of all. We must keep abreast of the development and be aware of the options open to us taking into account our own situation. A good overview of the Mainland polices and measures relating to the GBA can be found at https://www.bayarea.gov.hk/en/resource/mainland-policies-measures.html.

Monthly Statistics on the Profession 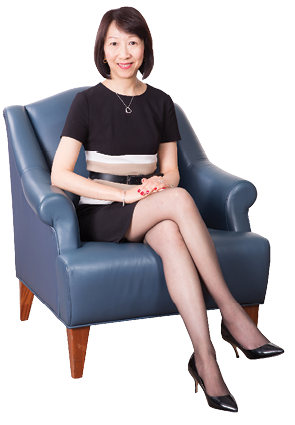