Financial Regulatory Focus: Expected Developments in the Year of the Rat

As we move into the year of the rat, Allen & Overy partners Matt Bower and Charlotte Robins consider some of the key areas of financial regulatory development that are expected this year in the Asia-Pacific region. This bulletin considers developments regarding (i) virtual banks, virtual assets and fintech; (ii) the asset management and funds industry; (iii) private banking; (iv) data/outsourcing/cloud storage; (v) corporate governance; and (vi) enforcement.

In our view, the momentum in the development of the FinTech market in 2019 will only increase in 2020.

It will be interesting to see how many participants “opt-in” to such frameworks, which would boost investor confidence, but may also potentially restrict the business (and target clients) of some trading platforms.

The spotlight is also shining on Singapore. The start of the year has seen the MAS’ first approval of a digitized securities trading platform, the introduction of the Payment Services Act implementing the regulation of cryptocurrency exchanges, and the release of a consultation paper by the MAS on its proposed regulatory approach for derivative contracts on payment tokens.

On 12 February 2020, IOSCO published a report that describes the issues and risks associated with crypto-asset trading platforms and sets out key considerations to assist regulatory authorities in addressing these issues. As the market waits to see the extent to which this paper influences actions taken by regulators in the region during the course of the year, we would expect the risks identified within this report to be the main drivers of their approach, not least because regulatory authorities from Australia, Hong Kong and Singapore were involved in writing the report.

In the last 18 months, there have been a number of new types of domestic investment vehicles introduced in the region – for example the open-ended fund company structure in Hong Kong, the Variable Capital Companies in Singapore and Australia’s forthcoming Collective Corporate Investment Vehicle. These have expanded the investment opportunities in these markets. As these jurisdictions compete to become the preferred fund domicile we can expect developments in this space to continue. Some of the things to expect in Hong Kong in 2020 are:

Current proposals include (amongst others): (a) expanding the scope of eligible custodians; (b) removing the current 10% investment limit on loans and Hong Kong private company shares and debentures; and (c) introducing a statutory mechanism to facilitate the re-domiciliation of overseas corporate funds to Hong Kong using the OFC structure. The consultation period runs to 20 February 2020.

The continued focus on enhancing asset management centres extends beyond the introduction of new investment vehicles. Other areas of development that we can expect in the coming year are:

The SFC has been increasing its focus on the private fund industry, for example, its thematic review of prime brokers in October 2017 that has become necessary “amid the growth of the hedge fund industry as well as the asset management business in Hong Kong”. We expect the SFC to continue this interest in 2020:

The SFC had identified that many PE managers and advisers were not licensed in Hong Kong, instead of relying (correctly or incorrectly) on licensing exemptions. The SFC’s guidance confirms the availability (where the requisite criteria are met) of exemptions, however expressly states where it would expect licences to be held and what those might be – for example where a Type 1 (dealing in securities) licence might apply for syndication/co-investment activity or where this might be covered by a Type 9 (asset management) licence, if held. Further, with an eye (implicitly) on the incoming legislation to establish Hong Kong as a preferred PE fund domicile (see Limited liability partnerships above), the SFC stated their licensing expectations for general partners - that they would not need to be licensed for Type 9 (asset management) regulated activity where they fully delegate all asset management functions to an appropriately licensed or registered entity.

With the SFC’s renewed focus on ensuring that PE market players are properly licensed, it is expected that there may be an increase in the number of firms looking to obtain licences. PE funds would be well advised to conduct a review of their existing licensing arrangements and their reliance on any exemptions in light of current and future business activities.

With liquidity and credit risk of particular importance in times of market uncertainty and slower economic growth, senior management, who have the primary responsibility in risk management control of their firms, should expect this area to be closely monitored by the SFC.

There have been a series of reforms in the last few years relating to suitability, which should already be embedded in an intermediary’s business process. However, there are still questions from the industry as to whether the suitability regime is appropriate in the private banking space. We have seen in the past that the HKMA has allowed some flexibility for private banks in the adoption of enhanced regulatory measures. It could be time for the regulators to step back and have a serious think about whether some additional conduct relaxations should be granted, especially when dealing with non-institutional but highly sophisticated and experienced professional investors.

All of this should be read in light of the HKMA’s on-going efforts to further enhance Hong Kong’s competitiveness as a family office hub through a three-pronged approach, namely: talent development, platform building and outreaching. With the HMKA noting that Hong Kong’s regulatory framework with respect to family offices needs to “keep in pace with industry development”, the market could look forward to a more balanced and progressive regulatory environment in this area.

In relation to suitability, please also see Enforcement: Suitability, below.

Currently, various industry groups are working on both discussions with the SFC as well as, where appropriate, establishing a guide to compliance. We expect that the SFC will appreciate that compliance will take time, especially where data is to be stored offshore. Nevertheless, the SFC expects that licensed corporations will not wait for the outcome of the discussion but will actively review their practices and policies to consider how best to comply.

In a presentation given by the Privacy Commissioner for Personal Data in November 2019 (which was confirmed by a discussion paper published by the Constitutional and Mainland Affairs Bureau in January 2020), the Commissioner discussed the possible reform of the PDPO in light of new digital challenges. This includes introducing a mandatory requirement on data users to disclose their personal data retention policy, prescribing a maximum data retention period, regulating data processors directly, introducing mandatory breach notifications and conferring additional powers on the Office of Privacy Commissioner (such as the power to conduct criminal investigations or prosecutions, the power to impose administrative fines and the power to make prohibitive orders). Click here for our article which further examines this discussion paper.

One of the most notable developments within the past three years not only in the Asia-Pacific region but also globally has been the focus by the regulators on the standards of conduct expected of directors of listed companies, banks and other financial institutions.

The Chairman also highlighted the issue of sustainability – referring to the recently implemented legislation requiring companies to disclose their environmental policies and performance in their annual directors’ reports. In closing, the SFC Chairman commented that “senior management accountability and board leadership will be key not only to good corporate governance, but also to ensuring sustainable economic growth and protecting the environment”. In this respect, SEHK also issued its consultation on its review of the Environmental, Social and Governance Reporting Guide and related Listing Rules – proposed changes, including mandatory disclosure of a statement containing board oversight of ESG issues, will take effect in respect of financial years commencing on or after 1 July 2020.

With ESG investing being an increasingly common topic for, and expectation of, boards and senior management, the SFC released its survey findings48 on ESG factors and climate risks in asset management in December 2019; expected standards, practical guidance and best practices regarding ESG risks from the SFC are scheduled to follow on from this survey.

In relation to the standards of conduct expected of senior management of listed companies, banks and other financial institutions, please also see Corporate Governance, above.

In relation to suitability in private banking, please also see Private Banking, above. 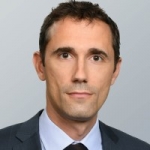 Matt Bower is a partner in Allen & Overy's litigation and dispute resolution team in Hong Kong. Matt advises financial institutions and corporates in connection with internal and regulatory investigations as well as litigation before the High Courts in Hong Kong and England and Wales.

Matt has substantial experience of advising clients on the conduct of regulatory investigations across Asia-Pacific, having advised on some of the most high profile benchmark investigations in the region concerning financial services conduct and competition issues and a number of investigations regarding the assessment of client suitability for financial products. 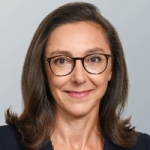 Charlotte Robins is the Head of Allen & Overy’s Hong Kong regulatory practice. She acts for a wide range of national and international financial institutions including investment and private banks, asset and wealth managers (including hedge fund and private equity managers and advisors) and insurance companies.

Her practice includes advising on setting up regulated businesses in Hong Kong, on-going compliance with regulatory laws, codes and guidelines and the impact of regulatory change. Some selected areas of expertise include licensing, product offering, regional and global cross border issues, regulatory corporate governance, ESG, anti-money laundering and data privacy. She has been actively involved in responding to regulatory consultations; recent examples include client suitability requirements, manager in charge regimes, amendments to the SFC Fund Manager Code of Conduct and the HKMA regulation and supervision of Trust Business.