COVID-19 and the Doctrine of Frustration in Hong Kong

In our recent article, we discussed the legal ramifications of the force majeure clauses to “excuse” parties from performing onerous or impossible contracts in the wake of the COVID-19 outbreak.  Whilst it is not uncommon for commercial contracts to incorporate force majeure clauses, there remain circumstances under which a party may also consider to seek to relieve themselves from performing under the common law doctrine of frustration.

Under Hong Kong law, when an event for which no contractual party may be faulted occurs to significantly alter the parties’ rights and obligations originally intended under the contract, the doctrine of frustration operates to discharge the contract.  Such “alteration” could come in many shapes and sizes.  For instance, the contract could be rendered factually or commercially impossible to perform, or the parties’ rights and obligations could be transformed into something radically and fundamentally different.  If no party could be blamed for the event and it could not have been reasonably foreseen at the time of the contract’s execution, the doctrine of frustration steps in to discharge the contract on the ground that it would be unjust to force the parties to continue.

HOW AND WHEN HAS A CONTRACT BEEN FRUSTRATED?

The doctrine of frustration has a narrow scope, and the Court will not casually intervene to discharge a commercial agreement.  It is therefore up to the party seeking to excuse his performance to demonstrate precisely how his agreed right or obligation has been frustrated.  Parties may consider whether their situation is similar to some of the more common situations where frustration arise:-

It must, however, be borne in mind that the doctrine will not rescue a party from a bad bargain.  An increase of difficulty in performing does not by default frustrate the contract.  What is required is a fundamental and radical change, or complete deprivation of commercial purpose.

COVID-19 AND THE SITUATION IN HONG KONG

It is yet to be seen whether any cases concerning COVID-19 arise, but in Li Ching Wing v Xuan Yi Xiong [2004] 1 HKLRD 754 the Court considered whether the Severe Acute Respiratory Syndrome (SARS) epidemic in 2003 operated as a frustrating event.  There, a tenant of a 2-year lease sought to invoke the doctrine when he was subjected to a 10-day SARS-related isolation order.

This argument was rejected by the Court, which decided that a 10-day period was insignificant in view of the 2-year duration of the lease, and although SARS may arguably be an unforeseeable event, it did not “significantly change the nature of the outstanding contractual rights or obligations” of the parties in this case.

This case serves to illustrate the high threshold a party seeking to invoke the doctrine must meet, and the necessity for a truly significant and fundamental alteration to the parties’ contractual obligations and rights.  It may also be worth noting that whilst SARS was formally declared a “pandemic” by the World Health Organisation, COVID-19 is currently only classified as a “public health emergency”.

Parties experiencing exceptional hardship in performing their contracts in light of the COVID-19 outbreak should therefore carefully scrutinise the circumstances in which their contracts may have been frustrated.  The requirements are not lax, and parties should take steps to mitigate any risks and act commercially. 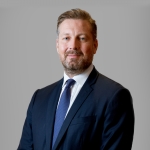