Sebastian Ko likes to find new ways to apply technology to boost his productivity. This is kind of his obsession. Technology, he believes, allows him to leave the office during more sociable hours – “stealing back time” for quality time with family. He has long-held interest in computers and learning coding or programming, as it were. Learning to code and design in a range of computer languages is certainly relevant and valuable because Apps and websites now run everyone’s lives. Ko is an entrepreneur, and previously has been in-house and in private practice. He is a member of the Law Society’s InnoTech Committee, and led the organisation of legal-themed hackathons. He now chairs the InnoTech Law Hub, the Law Society’s programme on legal practice innovation, which aims to enhance the technological competency of solicitors.

Ko enjoys the challenges of working with rules and logic. He undertook legal studies in Hong Kong, Australia, and the U.K., and qualified in Hong Kong, New York, and at the Supreme Court of the U.S. Indeed, he obtained a double-degree in Science and Law, where he studied niche courses on computational law (e.g. legal expert systems and digitisation of legal decision-making). All this has strengthened Ko’s belief that the applications of computer science in the law will be increasingly important in society, even though they might be rather unobvious initially. “I researched on land titles registration for my thesis project, but I had no idea that it would be helpful in understanding blockchains, which I work with today,” Ko remarks.

Ko is part of the “Legal Hackers” community, a global network of enthusiasts for legal technology and innovation in legal services (so-called, “NewLaw”). “I have discovered a small group of kindred spirits in Hong Kong and abroad; junior and senior lawyers who are keen programmers,” Ko says, “typically, they also have scientific backgrounds and ‘geek out’ when discussing how software could enhance productivity – and some of them run super-efficient solo or small firm practices. I am impressed by their ingenuity.”

“Some people enjoy learning German or Spanish as a hobby,” Ko quips, “I like to learn JavaScript, Ruby, and Python (computing languages).” He started taking classes to learn how to code these languages after work when he was a junior associate lawyer. “These are languages created in the early to mid 1990s,” Ko clarifies, “we should know how they have evolved over time because they power many mobile digital services we use today.” In fact, his interest in coding began in primary school.

In the 1990s, Ko’s alma mater, Diocesan Preparatory School, offered two non-musical after-school activities: computer programming and Putonghua. “I enjoyed science,” Ko recalls, “so, I started learning how to type – pecking the keyboard one finger at a time – ‘LOGO’ commands into a Commodore 64. I felt somewhat accomplished moving­­ a little turtle around a phosphorus green screen, and creating scores of ear-piercing beeps. Eventually, my parents bought me an IBM fitted with dial-up modem, CD-ROM, and floppy disk drives –no doubt, devices as alien to the youth today as the Walkman, Gramophone, and Microfiche.”

“I spent thousands of hours tinkering with the hard and software to regularly optimise my computer,” Ko remarks. All this for the great cause of playing the latest computer games, which had ever-demanding processing requirements. “After school, my friends and I went to each other’s homes to hold LAN parties for a few rounds of shoot ‘em up and real-time strategy,” Ko says, “I even taught myself, with books bought in Sham Shui Po, how to publish simple websites to share my gaming insights online. Gaming sucked up my study time. Remedying self-created problems, I taught myself Visual Basic to automate some workflows in Microsoft Office with macros. I was hopelessly nerdy but ‘stole’ back time for completing homework.”

“I still wonder if I should have learnt Putonghua during primary school instead,” Ko queries, “it has great cultural and practical relevance, and would enhance my employability later on.” Chinese, certainly, has syntactical structures and vocabulary sets have been stable over hundreds of years. Most coders nowadays would not know how to program in COBOL (a language developed in the 1950s). Yet, it still powers some mission-critical systems, including those in ATMs. Computing languages fall out of fashion and transform structurally every couple of years. “This forced me to learn rapidly different programming languages, and led me to appreciate linguistics,” Ko continues, “this helped me excel academically when I studied various European and Asian languages (including Putonghua) in secondary school.”

Switching to a LegalTech Career

As a junior lawyer, Ko’s supervisors asked him to be the law firm’s point person for electronic discovery and document assembly technologies. These technologies allowed his team to save significant time reviewing and amending documents respectively on contentious and transactional matters. Not only did he employ his knowledge of advance features in Microsoft Word, Excel, and Outlook to enhance his efficiency, he also taught his secretary and other colleagues to enhance theirs.

In 2014, Ko entered a “Startup Weekend” hackathon in Hong Kong, and won first prize together with team members he met at the event. The hackathon required participants to develop and present prototype Apps within 48 hours to enhance education through technology and compete for prizes. After the event, he considered how he could pursue his interest in digital technologies more seriously.

Subsequently, Ko joined a global legal technology solutions provider, as both Asia regional director and in-house counsel. “I took the job with verve as I could apply my knowledge about programming and database management to the legal field,” Ko explains, “I enjoyed the challenge of collaborating with project managers and engineers to address technical issues relating to legal matters.” There, he also developed expertise in software solutions adopting natural language processing and machine learning technologies.

“While I believe most lawyers will not need to learn computer programming,” Ko reflects, “I think all lawyers should continuously develop their cross-disciplinary communication skills – to collaborate with experts from other fields.” This new kind of lawyer is the “T-shaped” person (deep knowledge in one field, surface knowledge across a wide range of domains), a term famously coined by Tim Brown, CEO of IDEO, a design firm. Moreover, Ko thinks that learning a computer language provides good exercises to keep one’s mind agile and test one’s logic and diligence –much like crossword puzzles and Sudoku! 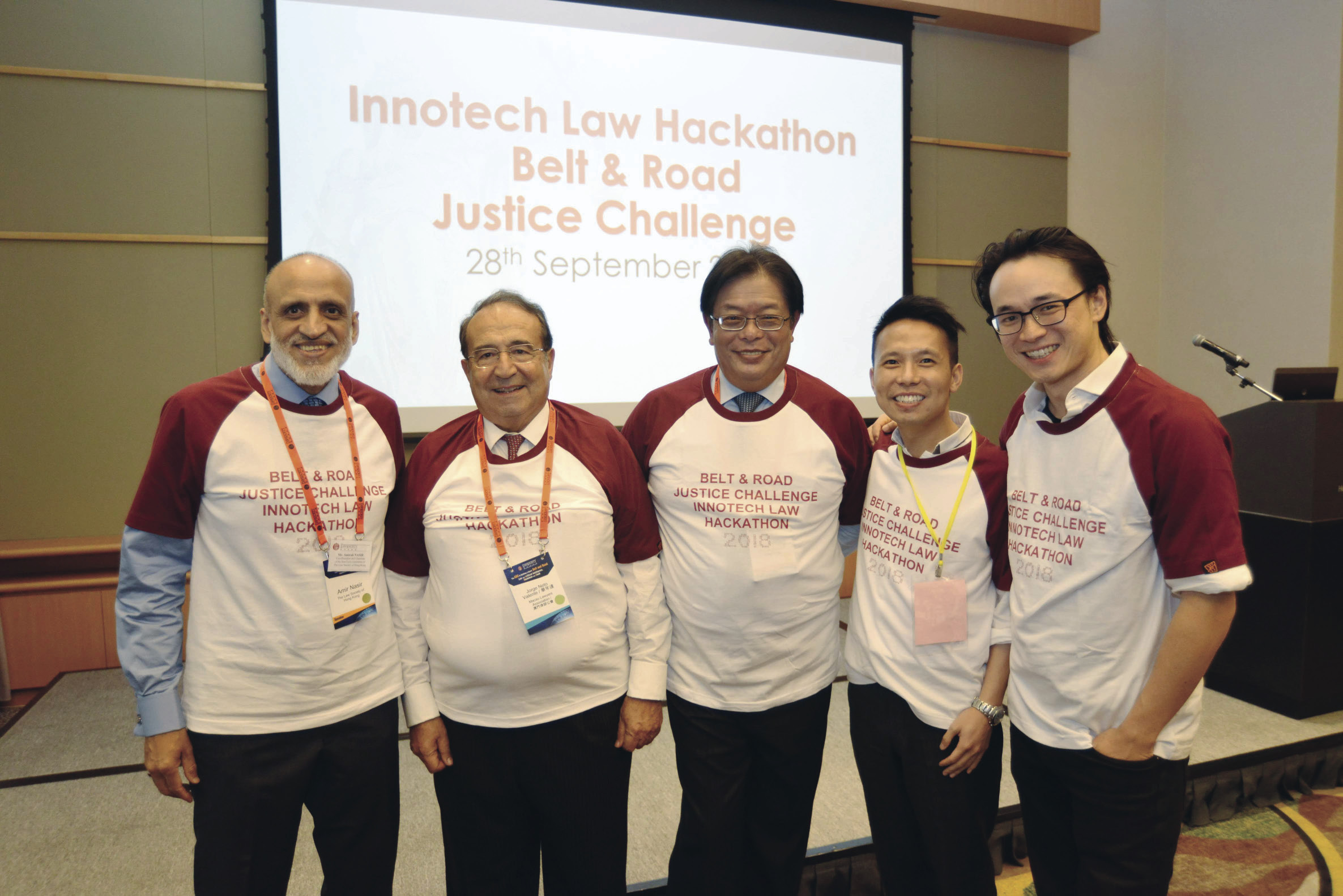