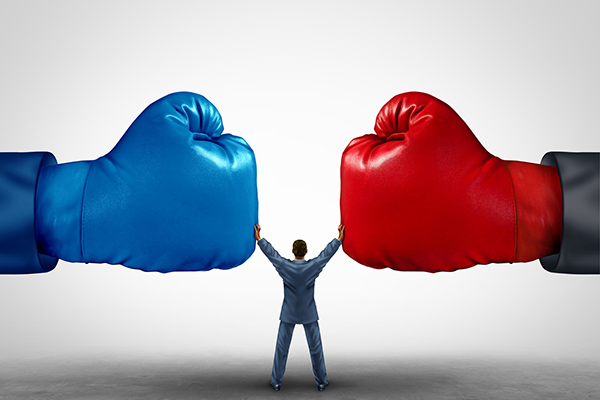 Two recent Court of Appeal cases, one in Hong Kong and the other in England & Wales, illustrate circumstances in which courts will waive the confidentiality attached to mediation and without prejudice communications on the ground of “unambiguous impropriety”.

The without prejudice principle, an article of faith in the conduct of mediations and settlement negotiations, effectively means that communications made between parties with a view to settlement may not be shown to the trial judge if the dispute is not settled. These two cases demonstrate that, important though the rule is, there are exceptions. One of these exceptions is “unambiguous impropriety” which will apply to communications that abuse the purpose of the principle.

The first case, Crane World Asia PTE Limited v. Hontrade Engineering Limited (CACV 137/2016) (“Crane World”), was examined in “Legitimate Interest” in Without Prejudice Communications in the August 2016 issue of Hong Kong Lawyer. The second, Ferster v Ferster (2016) EWCA (Civ) 717, was discussed in Without Prejudice: Threats and Admissions in the September 2016 issue. This article builds upon the analysis in these previous contributions, digging deeper into the facts and court holdings, and then explains what practitioners and mediators involved in mediations should take-away from these recent decisions.

The Hong Kong case of Crane World arose out of without prejudice negotiations and the Court of Appeal based its ruling on the leading authority of Unilever plc v Proctor & Gamble Co. (2000) WLR 2436 (“Unilever”). It also made its decision by reference to the Mediation Ordinance (Cap.620) (the “Mediation Ordinance”) which, subject to exceptions, protects mediation communications.

Unambiguous impropriety is not one of the specific exceptions set out in the Mediation Ordinance. However, in a wide catch-all, s.8(3)(c) of the Ordinance allows the disclosure of a mediation communication “for any other purpose that the court or tribunal considers justifiable in the circumstances of the case”. Section 10(2)(b) goes on to provide that in considering whether to grant leave to make the disclosure the court must take into account “whether it is in the public interest or the interests of the administration of justice for the mediation communication to be disclosed or admitted in evidence”.

The point at issue in Crane World was a without prejudice offer of settlement from one party (the Defendant in the case under appeal) to another in entirely separate proceedings requiring that other party to agree not to give evidence on behalf of the Plaintiff against the Defendant in the case under appeal. The Plaintiff wanted to call the other party to give evidence of the offer which would otherwise be privileged under the without prejudice rule.

The Unilever case based the without prejudice privilege on (i) public policy that encourages parties to speak freely so that disputes can be settled, and/or (ii) the express or implied agreement of the parties. It identified a number of exceptions to the privilege, one being where the “exclusion of the evidence would act as a cloak for perjury, blackmail or other ‘unambiguous impropriety’”. However an exception could only be made out if the without prejudice privilege had been “unequivocally abused”.

The Court of Appeal, quoting extensively from a number of authorities, some of them unreported, also emphasised that the exception can apply only in the clearest case of abuse. Amongst the authorities cited was Savings & Investment Ltd v Fincken (2004) 1 WLR 667 (“Fincken”), which states “There are … powerful policy reasons for admitting in evidence as exceptions to the without prejudice rule only the very clearest cases. Unless this highly beneficial rule is most scrupulously and jealously protected, it will all too readily become eroded.”

The authorities recognise that perhaps the greatest danger would be to use the exception to identify unguarded statements made by the parties themselves and used by those more interested in pursuing rather than settling the dispute. The advent of mediation, where parties may be allowed to vent their feelings, make this potential abuse a particular concern.

Such recognition is important since parties could not enter into a mediation or negotiation with the necessary flexibility if at the back of their minds there was the concern that the unguarded process of thinking out aloud could be used against them in later proceedings.

The principle that witnesses should not be prevented from giving evidence is well established. The Court of Appeal quoted from a number of authorities including the following from Harmony Shipping Co. v Saudi Europe (1979) 1 WLR 1380: “In no way can one side prohibit the other side from seeing a witness of fact, from getting facts from him and from calling him to give evidence or from issuing him with a subpoena …”.

In reaching its decision the Court of Appeal did not consider whether the letter amounted to an attempt to pervert the course of justice. What is at issue is not so much whether the threat technically comes within a particular category but whether its use amounts to an abuse of the privilege. The Court of Appeal found that it was an unambiguous impropriety and thus did not enjoy without prejudice privilege. It emphasised that its decision did not amount to a relaxation of the privilege. Bearing in mind that the particular concern was for the administration of justice itself and occurred in connection with solicitor’s correspondence it is, perhaps, difficult for even the most jealous guardian of without prejudice privilege to argue that Crane World was wrongly decided on its facts (although, readers should note the first instance judge’s decision).

The English case of Ferster v Ferster was a bitter family business dispute and arose out of an email sent by a mediator to solicitors for one of the parties at the mediation, some three months after the mediation, passing on an offer of settlement from the other side. It should be noted that as far as Hong Kong is concerned the passage of time between the mediation and the communication does not prevent it from coming within the definition of mediation communication. Under s.4(2)(b) of the Mediation Ordinance, a mediation session includes “following up any matter or issue raised in such a meeting” and under ss. (3) a meeting includes a meeting conducted by telephone, video conferencing or other electronic means.

In England & Wales, where there is no equivalent of the Mediation Ordinance, there are indications, albeit from cases at first instance rather than the Court of Appeal, of a distinction emerging between a mediation and post-mediation negotiations where the terms of an Agreement to Mediate no longer applied.

As part of a message containing 11 points, the email referred to the “discovery of wrongdoings” by the other side and set out the consequences of refusing to accept the offer of the sale of shares at an increased price. One of the consequences was that “… Jonathan will face charges of perjury, perverting the course of justice and contempt of court and is likely to be imprisoned.” The letter justified the increased price by reference to the stronger negotiating position afforded by the discovery of the “wrongdoings” and the opportunity to make the threat.

Both Unilever and Fincken contrast a threat with an admission against interest, such as an admission of having made a false statement as to assets in a previous affidavit of means, where privilege was not lost – the point being that the whole purpose of the without prejudice privilege is to encourage parties to be frank with the aim of reaching a settlement. It is not an abuse of the privilege to tell the truth. Again, given the blatant nature of the threat in Ferster v Ferster it is difficult to argue that the Court of Appeal erred.

What lessons can mediators and those representing parties during negotiations learn from these cases?

First, mediators and legal representatives should not become mere messengers passing “cut-and-paste” messages between parties. The article Mediator Challenges in Relation to Threatening Messages: A Note on Ferster v Ferster (CEDR Article, 17 Aug 2016), considers this aspect, as well as points out that the mediator “had doubtless been exposed to prolonged and painful, perhaps even poisonous, exchanges, both in private and as conveyed between the parties, of a very sad yet profoundly awful family company dispute”.

Second, the profession must ensure that the without prejudice privilege is not lost, save in the most exceptional of circumstances. In both of these cases the offending words were written down and passed through the hands of lawyers, perhaps thereby giving them more weight and force than might otherwise have been the case. The burden must be on lawyers to ensure that without prejudice communications do not infringe the unambiguous impropriety rule. As to this second point, it is recommended for practitioners to consider what a neutral third party would make of a communication’s content and tone (see Without Prejudice: Threats and Admissions, Hong Kong Lawyer, Sept 2016).

As a final footnote to Crane World and the treatment of witnesses in Hong Kong, what is not considered here are the consequences of criminal prosecution for lawyers who approach potential witnesses in connection with their giving evidence, which is no doubt fortified by the old saying that there is no property in a witness. In the last few years no less than three full-time practicing lawyers have received sentences of imprisonment for infringements in this difficult and not always clearly understood area. All of them visited the Court of Final Appeal before their convictions were quashed.

David Ravenscroft has over 40 years of practice experience working on a wide variety of disputes and dispute resolution processes. After practising for six years in London, he moved to Hong Kong in 1982. Since 1985, he has practiced from his own firm in Hong Kong, where he has represented a broad range of clients. He is an accredited mediator with the Law Society of Hong Kong and a member of the CEDR Asia Pacific Practice Group.