Despite the increasing concern in our society on the issue of animal welfare, shocking animal abuse cases still appear in the newspapers from time to time. These cases always lead to an outpouring of anger among animal lovers and calls for tougher legislation to stop the abuse. This article will trace the development of our legal framework in preventing animal cruelty and look at ways to improve the existing legal framework.

The concept of animal cruelty was first introduced into the legal framework of Hong Kong through Ordinance No.5 of 1844 which provided for the preservation of good order and cleanliness. Under this Ordinance, if any person “shall wantonly and cruelly mutilate or otherwise ill-use any horse, mule, dog or other animals without necessity”, the offender shall be liable to a fine not exceeding two hundred dollars.

The Hong Kong Society for the Prevention of Cruelty to Animals (HKSPCA) was founded in 1903 as an informal animal welfare group formed by volunteers. It remained inactive until it was revived in 1921. After its revival, it began its advocacy against animal cruelty in the city. It also took an active role in investigating suspected animal abuse cases and bringing these cases to courts. Its advocacy led to the formulation of the Bill for the Prevention of Cruelty to Animals Ordinance in 1924. However, the bill was shelved due to the strong objection from the European mercantile marine community and the Chinese poultry and livestock importers. HKSPCA has remained one of the most prominent animal welfare organizations in Hong Kong.

It was only in 1935 that the Prevention of Cruelty to Animals Ordinance (No.44 of 1935) finally came into force. The prescriptive list of offences set out in Clause 3 of this Ordinance reflected the concerns of the law reformists in the United Kingdom at the turn of the twentieth century. The main purpose of this Ordinance was to address the cruel treatment of livestock and poultry. However, it also contained some general provisions against animal cruelty. For example, Clause 3(1)(a) provided that any person who cruelly beat, kicked, ill-treated, over-rode, over-drove, over-loaded, tortured, infuriated or terrified any animal shall be liable on summary conviction to a fine not exceeding two hundred dollars and to imprisonment for any term not exceeding six months.

One of the most interesting side issues during the development of our legal framework in preventing animal cruelty concerns our ban against the practice of eating dogs. The consumption of dog meat used to be popular in Hong Kong. However, in the early 1950s, our government had already outlawed the practice of eating dogs. Poon Shuk Wah is the Associate Professor of the Department of History at the Chinese University of Hong Kong. Her article “Dogs and British Colonialism: The Contested Ban on Eating Dogs in Colonial Hong Kong” traces the history of this ban. She suggests that the dog-loving elites skillfully manipulated the outbreak of rabies in 1949 and the rabies panic to their advantage by petitioning our government that the practice of eating dogs was conducive to the spread of rabies.

These dog-lovers claimed that this practice encouraged the importation of dogs into Hong Kong, which increased the risk of the introduction and spread of rabies. Even though dog owners were similarly accused of the spread of rabies due to their failure to keep their dogs under proper control, these dog-lovers deflected their responsibility and passed most, if not all, of the responsibility on to the dog-eaters. In this way, the dog-lovers had successfully prompted our government to impose a ban against eating dogs as a public health measure against the spread of rabies when in fact it was a successful campaign by them to promote their animal welfare agenda and to spread the notion of the inedibility of dogs in the name of public health. Cats have also been included within the scope of the ban since they are also susceptible to rabies.

The consumption of dog meat has become a taboo in our society in recent decades due to the fast-growing culture of pet-keeping which makes people to consider dogs as pets or companions rather than food. As a result, only a few people were prosecuted for violating the ban in recent years. In 香港特別行政區 訴 劉立基及另三人 [HCMA No. 89 of 2007], the four appellants were charged with the offence of slaughter of dog for food, contrary to Regulations 22(1) and 23 of the Dogs and Cats Regulations (Cap.167A) made under the Dogs and Cats Ordinance (Cap.167). They pleaded guilty before the Principal Magistrate and each received a sentence of 30 days’ imprisonment. On appeal, their sentence was reduced to 14 days’ imprisonment.

Since its enactment in 1935, the Prevention of Cruelty to Animals Ordinance (Cap.169) has remained the primary legislation concerning animal welfare in Hong Kong. The description of the cruel acts against animals under section 3 which are punishable under the Ordinance has largely remained unchanged. The only notable difference is the penalty stipulated in this section. In 2006, the maximum penalty under section 3 was raised considerably to three years’ imprisonment and a fine of HK$200,000.

However, the Court of Appeal was of the view that the circumstances of the commission of the offence of cruelty to animals involve a wide variation. Therefore, within the framework of section 3, it would be inappropriate and impossible for the Court to lay down any sentencing tariff or scale of sentence for the offence. The Court would in principle impose a deterrent sentence having regard to the facts of the case in its entirety and all relevant factors. In general, where the offence occurs in a non-commercial context, some of the aggravating factors include (a) prolonged cruelty to the animal victim; (b) use of extreme violence; (c) use of a weapon; (d) causing serious, severe or persistent physical or psychological harm or suffering; (e) premeditation in the commission of the offence; (f) breach of trust in relation to the animal victim or abuse of power; and (f) repeated commission of the offence.

In view of the need to amend our current legal framework to bring it in line with the modern concept of animal welfare, our government has held a public consultation on its proposals to enhance animal welfare in Hong Kong between 26th April and 31st July 2019. First and foremost, our government proposes to impose a positive duty of care on persons responsible for animals. The responsible person must take such steps as are reasonable in the circumstances to ensure the welfare needs of the animal are met to the extent required by good practice (e.g. suitable nutrition and environment; to be able to exhibit normal patterns of behaviour; to be protected from pain, suffering, disease and injury).

The steps which the responsible person needs to take will vary depending on the type of animal and the circumstances in which it is kept. It will be an offence for a responsible person to contravene the duty of care. Some contravention cases may be less serious and can be rectified, so our government proposes to empower a public officer to issue an improvement notice to compel the responsible person to take the necessary steps to improve and meet the welfare needs of the animal, rather than resorting to prosecution. Failure to comply with the improvement notice within the specified period of time may lead to prosecution for the contravention of the duty of care.

Furthermore, our government addresses the concerns about the release of captive animals into the wild for religious purposes and proposes to specify that the release of an animal into an unsuitable environment, which causes it to suffer, is an act of cruelty to animals. It also proposes to increase the maximum penalty for the offence of cruelty to animals and to make the offence triable either summarily (for general cases) or upon indictment (for severe cases) so as to have a greater deterrent effect and to reflect the seriousness of the offence.

In addition, our government proposes to empower the courts to disqualify a person convicted of an animal cruelty offence from keeping animals, either within a specified period or permanently, and deprive that person of any animals currently being kept. It also proposes to enhance the enforcement powers of the authorized officers relating to entry of premises and seizure of animals.

The issue of animal welfare should concern everyone. Some studies have suggested that animal abusers have a higher tendency to resort to violence and to commit offences involving inflicting violence on human beings. Hence, some people have urged mandatory psychological counselling or treatment for animal abusers. Hopefully, our government can implement its proposals to enhance animal welfare as soon as possible so that we can finally have a more comprehensive legal framework in animal protection in Hong Kong. 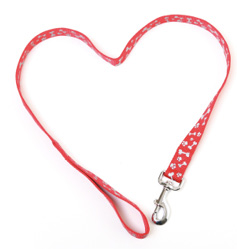 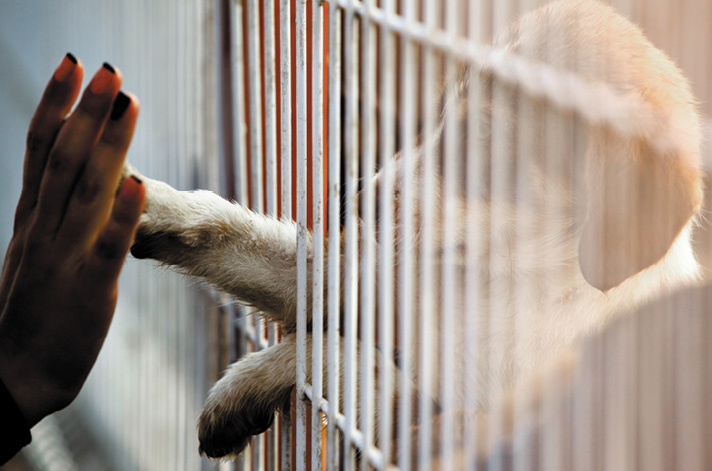 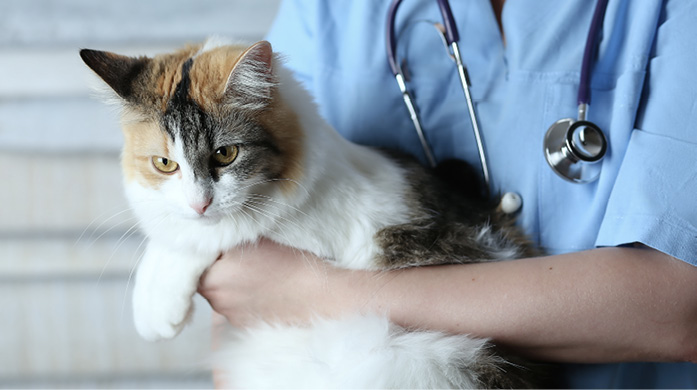