In Wu Kit Man v Dragonway Group Holdings Limited HCLA 15/2016, the Court of First Instance (“CFI”) held that amendments to an existing employment contract were unenforceable due to lack of fresh consideration. The employee appealed to the Court of Appeal (“CA”) under CACV 170/2017. CA allowed the appeal and remitted the question of consideration to the Labour Tribunal (“Tribunal”) for retrial.

On 12 May 2015, Ms Wu Kit Man (“Employee”) was employed by Dragonway Group Holdings Limited (“Employer”) as a senior internal control manager pursuant to an employment contract (“Original Contract”), assisting Employer in its listing application. On 19 October 2015, Employer added an addendum (“Addendum”) to the Original Contract, which provides that:

On 21 December 2015, Employer terminated the employment of Employee. Employee lodged a claim at the Tribunal for the cash bonus. Considering the Addendum as valid and binding, the Tribunal ruled in favour of Employee.

Upon appeal by Employer, CFI reversed the Tribunal’s decision on the basis that amendments to the Original Contract were not supported by consideration as Employee was not required to fulfill extra duty.

Test for Consideration: Whether There is “Real Benefit” to the Employer

1. if Party A has entered into a contract with Party B to do work for, or to supply goods or services to, Party B in return for payment by Party B; and

2. at some stage before Party A has completely performed his obligations under the contract Party B has reason to doubt whether Party A will, or will be able to, complete his side of the bargain; and

3. Party B promises Party A an additional payment in return for Party A’s promise to perform his contractual obligations on time; and

5. as a result of giving his promise, Party B obtains in practice a benefit, or obviates a disbenefit; and

6. Party B’s promise is not given as a result of economic duress or fraud on the part of Party A; then

7. the benefit to Party B is capable of being consideration for Party B’s promise, so that the promise will be legally binding.

Example of special contexts where continuance in employment provides good consideration for amendments of employment contracts includes Chong Cheng Lin Courtney v Cathay Pacific Airways Ltd [2011] 1 HKLRD 10. In that case, standard terms of employment contracts of cabin attendants were amended with enhanced remuneration package. It was held that there was benefit to the employer by retaining the services of its cabin attendants in light of competition from other airlines offering similar packages.

At CFI, Employee’s Counsel argued that the Addendum was supported by consideration due to change of Employee’s duties (which argument was rejected by CFI as a matter of fact). CA considered that in the appeal at CFI, Employee’s Counsel did not present to CFI case authorities in support of the propositions that non-exercise of right of termination of an employment contract by an employee can be good consideration notwithstanding lack of change of duties of the employee. There was insufficient exploration of facts by the Tribunal to assess whether Employer had obtained a real benefit or obviated a disbenefit in practice in making the Addendum. CA considered it necessary to remit the case to the Tribunal for a re-trial on the question of consideration.

CA’s ruling clarifies that, in determining whether there is consideration to support amendments to employment contracts, circumstances and context of the case are crucial to determine whether, in practice, the employer obtains any real benefit or obviates any disbenefit. 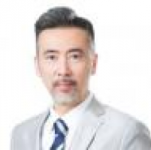 Michael Szeto is a litigation partner of ONC Lawyers and heads the firm’s Employment practice. Prior to joining the firm, he had practised with various prominent law firms in Hong Kong. He has many years of experience in handling complex commercial dispute resolution, shareholders’ and joint venture disputes, bankruptcy and insolvency matters, debt recovery and mortgagee actions. He also routinely deals with regulatory actions and compliance matters under the Securities and Futures Ordinance, the Hong Kong listing rules and anti-money laundering laws and guidelines.

On the employment side, Michael often advises on various contentious and non-contentious employment matters, covering contract reviews, termination disputes, injunctive relief, discrimination and harassment claims, data privacy matters, as well as advice on matters relating to team moves, remuneration packages and employee incentive schemes. He is a frequent author of employment articles in industry publications and presenter to legal and human resource professionals.