November 2020
Features
Mediation
What Should Lawyers Do When the Best of the Two Worlds Collide in Mediation/ Negotiation? Since the Civil Justice Reform in Hong Kong in 2009, mediation has been playing a vital role in facilitating a settlement of civil disputes. The awareness, framework and access to mediation have been enhanced by subsequent measures or legislation such as Practice Direction 31 in 2009, the Mediation Ordinance in 2013, the Apology Ordinance in 2017 and the ongoing development of the Arbitration and Mediation Legislation (Third Party Funding) (Amendment) Ordinance. Whilst Order 1A of the Rules of the High Court and Practice Direction 31 state that legal representatives have a duty of assisting the Court to facilitate the settlement of their parties’ disputes, for legal advisers as mediation advocates in Hong Kong, there seems to be a disagreement between two competing principles, namely upholding lawyer’s integrity and protecting the client’s best interests in mediation/negotiation. The following four foreign cases illustrate the tug of war between these two competing principles.

Some overseas professional bodies seem to prefer upholding lawyer’s integrity to protecting clients’ best interests, if the two are in conflict.

In Fleming, Mr. Fleming, a solicitor in Western Australia, acted for a client in relation to the resolution of a dispute between the client’s late husband and his siblings. The dispute concerned claims by his siblings as to the validity of their late mother's will and the distribution of her estate. The late husband had not executed a will in a legally acceptable way; and, if it was not accepted as the “will” of his, then his siblings had an entitlement to share in his estate with Mr. Fleming's client. Mr. Fleming was found to have behaved unprofessionally in negotiations with the siblings, inducing them to enter into a covenant not to challenge the “will” nor to make any claim against his estate by deliberately conveying the impression that the “will” was enforceable, but it was in fact an informal one and thus unenforceable. He had been instructed by his client to keep secret of the informal nature of the “will” and not to provide a copy thereof to the siblings. In breach of Professional Conduct Rules of the Law Society of Western Australia §3.1 (“[a] practitioner must not attempt to further a client’s case by unfair or dishonest means”), he was ordered to pay a fine and costs.

In Benjamin, Mr. Benjamin, a solicitor in the UK, admitted before the Solicitors Regulation Authority in England and Wales (“SRA”) making misleading statements and acting dishonestly in a mediation. There, he claimed to the mediator that his client had instructed a counsel to attend it which representation he knew was not true, resulting in additional costs incurred by the other parties in anticipation of counsel’s participation therein. He described taking a “feigned” position of strength to bolster his client’s position; however, he insisted both that he had not made any financial and personal gain from his actions and that the effect to the other side had been vastly over-exaggerated. The SRA ruled that he breached all or alternatively any of Principles 2 (acting with integrity) and 6 (behaving in a way that maintains the trust the public places in him and in the provision of legal services) of the SRA Principles 2011. He was struck off from the Roll of Solicitors, among other sanctions.

In Mullins and Garrett, the Queensland Legal Practice Tribunal in Australia found that Mr. Mullins of counsel and his instructing solicitor Mr. Garrett for Mr. White had intentionally deceived and practised fraudulent deception on an insurer and its barrister of the other side in Mr. White’s personal injuries claim. In particular, Mr Mullins remained silent at a mediation about Mr White’s recently discovered reduced life expectancy than originally disclosed.

There, while preparing for the mediation, Mr. White informed Mr Mullins that he was receiving chemotherapy treatment for cancer, which had been detected extensively throughout his body. Mr. Mullins was instructed by Mr. White not to disclose this piece of information in the anticipated mediation if there was no legal obligation on the part of Mr White, which Mr. Mullins opined. Therefore, the mediation proceeded and settled on the basis of a normal life expectancy. The true position was subsequently discovered by the insurer and a complaint was made.

The Tribunal rejected Mr. Mullins’ arguments of being not tantamount to some representation that he was not aware of facts that could deleteriously impact on longevity, and concluded that mediation must be held with honesty, by relying on Advocacy Rules 51 and 52, which prescribe taking all necessary steps to correct any false statements unknowingly made which were subsequently known as false and not knowingly making any false statements. By reason of such an intentional inaction, Mr. Mullins and Mr. Garrett were respectively reprimanded, fined and ordered to pay costs.

In Re Filosa, Mr. Filosa served an expert report on economic damages on his client's former employer and referenced the report to support a settlement demand in a discrimination case. The report was based in part on a then assumption that his client would remain unemployed, and he was later aware that his client had accepted a position that would pay more than she was paid by the former employer. Mr. Filosa violated several New York Rules of Professional Conduct by having served an expert report which he later knew was misleading and to which he was subsequently referring in the context of settlement negotiations. As a result, because of such an intentional inaction, he was suspended for one year.

There are a few rules in question. Rules 3.3(a)(3) and 3.4(a)(4) provide that a lawyer shall not knowingly use false evidence, and Rule 4.1 provides that in the course of representing a client, a lawyer shall not knowingly make a false statement of fact or law to a third person. Moreover, Mr. Filosa was not protected under Rule 5.2(b) because his supervisor's decisions regarding the use of the expert report were not reasonable, even though this Rule provides “a subordinate lawyer does not violate these Rules if that lawyer acts in accordance with a supervisory lawyer's reasonable resolution of an arguable question of professional duty.”

Despite clear guidance on lawyers’ professional conduct both to act with integrity and to protect client’s best interests, it is arguably unclear as to which one prevails when the two collide.

The HK Solicitors’ Guide to Professional Conduct (“Solicitors’ Guide”) states that “a solicitor must act towards other solicitors with frankness and good faith consistent with his overriding duty to his client” (§11.01) where “any fraudulent or deceitful conduct will render the offending solicitor liable to disciplinary action, civil or criminal proceedings” (commentary 1). (Italics added for emphasis)

The Code of Conduct of the Hong Kong Bar (“Bar Code”) also states that barristers should not engage in conduct that is “dishonest, discreditable” (§4.1 (b) (i)), or conduct that will “bring the profession into disrepute or otherwise diminish public confidence in the profession of barrister” (§4.1.(b)(ii)). These standards are noticeable in the Bar Code; in particular, §10.28 thereof reads: “[a] practising barrister instructed to appear as counsel in a mediation must act honestly, and must not knowingly mislead the mediator or any party to the mediation or their representatives” (Italics added for emphasis). In addition, §10.3 thereof expressly says that “integrity” and “professional standards” must not be compromised. Thus, the Bar Code has a provision that directly addresses barristers’ integrity in mediation.

However, for solicitors in Hong Kong, the position about intentional inactions such as Re Filosa and Mullins may not be as clear. Even though §1.01 of the Solicitors’ Guide prescribes “[a] solicitor shall not … do … anything which compromises or impairs … (a) his... integrity… (c) his duty to act in the best interests of his client…”, these principles take no priority over each other. It is arguably not as expressive or otherwise not as clearly delineated in the domain of such an intentional inaction in mediation/negotiation. For example, a solicitor’s sharp practice in remaining silent to a statement which was previously made and subsequently known to be false in mediation/negotiation arguably does not breach a rule of law; neither is it a clear professional misconduct per se by reason of being a circular argument of, at the same time, both upholding one’s integrity and protecting best interests of one’s client with equal priorities (§§1.01 & 5.02 thereof). Such circularity could not be overcome unless the duty of candour is specifically stated as the overriding duty. Furthermore, such an intentional inaction towards the other side’s client would not be caught by the Solicitors’ Guide in a mediation/negotiation where the other side is not legally represented (§11.01 thereof).

In addition to those jurisdictions aforementioned, other jurisdictions such as New Zealand, Singapore, Canada, Scotland, and Ireland generally likewise prefer upholding integrity or otherwise honesty as fundamental principle to be upheld towards others, regardless in court rooms or otherwise.

Upholding a mediation advocate’s integrity should prevail over protecting his client’s best interests, which priority should be clearly stated and more explicitly highlighted in a code of conduct.

Should Benjamin or Fleming happen in Hong Kong, he would likely be caught by either of the two branches of the legal profession in Hong Kong. However, if a case of Mullins or Re Filosa happened in Hong Kong, such an intentional inaction of a lawyer as mediation advocate might not be as clearly delineated in the Solicitors’ Guide.

There is no doubt that ethically speaking is for lawyers as mediation advocates to uphold integrity and to act in good faith; otherwise, public trust in the legal profession and mediation may be at stake. These standards should be followed by lawyers not only in court rooms but also as mediation advocates in mediation/negotiation. And even if such undesirable conduct may not bear legal consequences nor cause any harm to other parties, it does not mean that it is acceptable for one to act in such way. A legal practitioner’s professional and ethical standards should always be upheld and maintained, in terms of his/her both active conduct and passive inaction. A fine balance should be struck between not compromising one's integrity nor one's duty to act in the best interests of client. If the two are in conflict, the former should prevail.

This priority to integrity or honesty should be emphasised in a clearer and unambiguous manner in a set of code of conduct for legal practitioners who act as mediation advocates in mediation/negotiation, which can pave a more promising way to resolving civil disputes down the road and enhance public trust in this ADR mechanism. 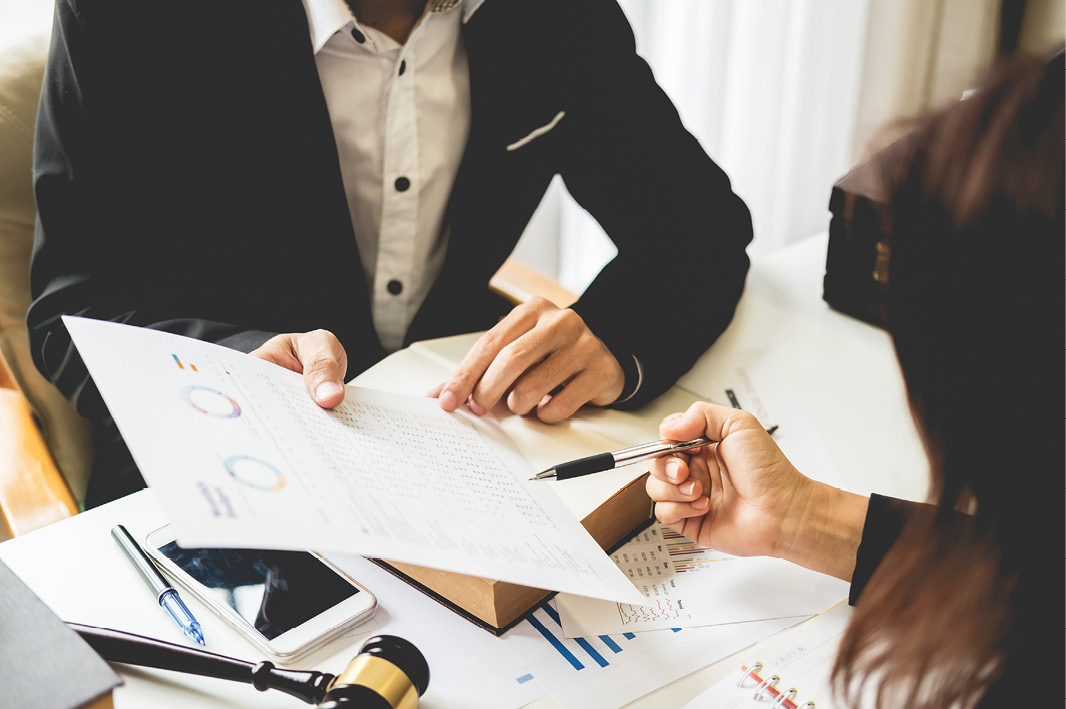 Vod K. S. Chan is a practicing barrister with, and an accredited general and family mediator of HKIAC and HKMAAL, as well as a listed arbitrator of HKIAC. Having taught mediation advocacy since 2012, Vod has also mediated a wide array of disputes, and delivered mediation training and talks to a broad spectrum of audience, as well as acted as a mediation advocate in disputes. In 2018, he coached a team of CityU law students which was crowned the Champion at the ICC Mediation Competition in HK, and he then led the team in 2019 to compete in the ICC Mediation Competition in Paris.

Law Sau Wai (Samuel) has over 14 years of experience in the banking industry taking up various roles in credit risk management, private banking and strategic planning. He holds professional qualifications of Financial Risk Manager, Professional Risk Manager and Certi ed Banker (Credit Risk Management) from the Hong Kong Institute of Bankers. Samuel is currently a PhD candidate at the Faculty of Law, HKU. His thesis topic issuitability of arbitration in resolving private banking disputes from a client’s perspective. Samuel obtained a BA (Hons) in Economics,MSc in Economics for Development, LLB and LLM (ADR). He is an accredited general mediator of HKMAAL and completed the tribunal secretary training programme in HKIAC in 2017.