On 30 July 2020, Richard Ladmore, Visiting Professor of The University of Law, hosted an online talk on the subject of “What’s new in international arbitration”.

Richard started by looking at developments in commercial and investment treaty arbitration over the past five months. He covered many areas with bite-size chunks to give an overview of the current situation. He firstly looked at the handling of witnesses and whether a party may be assisted by the seat court or another national court in compelling evidence or the attendance of witnesses in an arbitration. He looked at three cases each of which had different views. Two were from the US; one of which said that the US District Courts may order discovery or compel evidence from a witness under section 1782 of Title28 of the United States Code for the purpose of a foreign arbitration. They held that an international private commercial arbitration panel is a “foreign or international tribunal”. However, the second US case rejected a similar application, thus highlighting that it depends on the district where a case is heard as to the determination of the outcome. He then examined a UK decision where the English Court of Appeal held that an English court does have jurisdiction under section 44(2) of the Arbitration Act 1996 to make an order for the deposition of a non-party in England for use in an arbitration in New York. It was very interesting to see how the courts handled these cases so differently.

Next, Richard turned to the arbitrability of a dispute or issue. He referred to a UK case: AJA Registrars Ltd & Anor v AJA Europe Ltd [2020] EWHC 883 (Ch) (02 April 2020) (Fancourt J) where the court said an intellectual property dispute was arbitrable and that it would lend its powers if the arbitrator needed to direct one of the parties to make an application that only the court or the UK Intellectual Property Office could grant. Thus, giving greater powers to the arbitral tribunal.

Beyond this he then looked at the question of whether there is actually an arbitration agreement in a contract, as there may often be a number of different contractual agreements between parties. He referenced the decision of Wing Hang Bank Ltd v Kai Sen Shipping Co Ltd [2020] HKCFI 37,5: A decision of the Hong Kong Court of First Instance, which reiterated the rule of English law and said that express wording is required to incorporate an arbitration clause in a charterparty into a bill of lading. He then looked at a recent Chinese decision (2019) Jing 04 Min Te 135 17 January 2020 where there was a prospectus containing three different dispute resolution clauses. It was held that the last expression of the parties’ intent should prevail – namely arbitration. Therefore, confirming that Chinese mainland courts are pro arbitration.

Richard looked further in depth at a number of questions that had arisen recently and been dealt with in the courts giving a greater insight into enforceability and separability. He also examined the different methods of slowing down an arbitration by questioning the impartiality of an arbitrator and, therefore, even the possibility of the annulment of an Award.

Finally, he examined intra EU Bits and the EU’s attitude towards investment treaty arbitration whereby they are moving away from it having set up an investment court system provided for in the CETA in conjunction with Canada.

This fascinating and informative talk was clearly appreciated by the large number of participants who attended.

Do look out for further talks by The University of Law, with the next in the Speaker Series to be held in October. 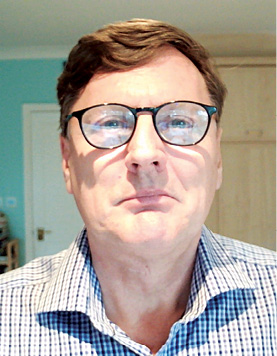 The University of Law