Testamentary Freedom in the Shadow of Cap. 481 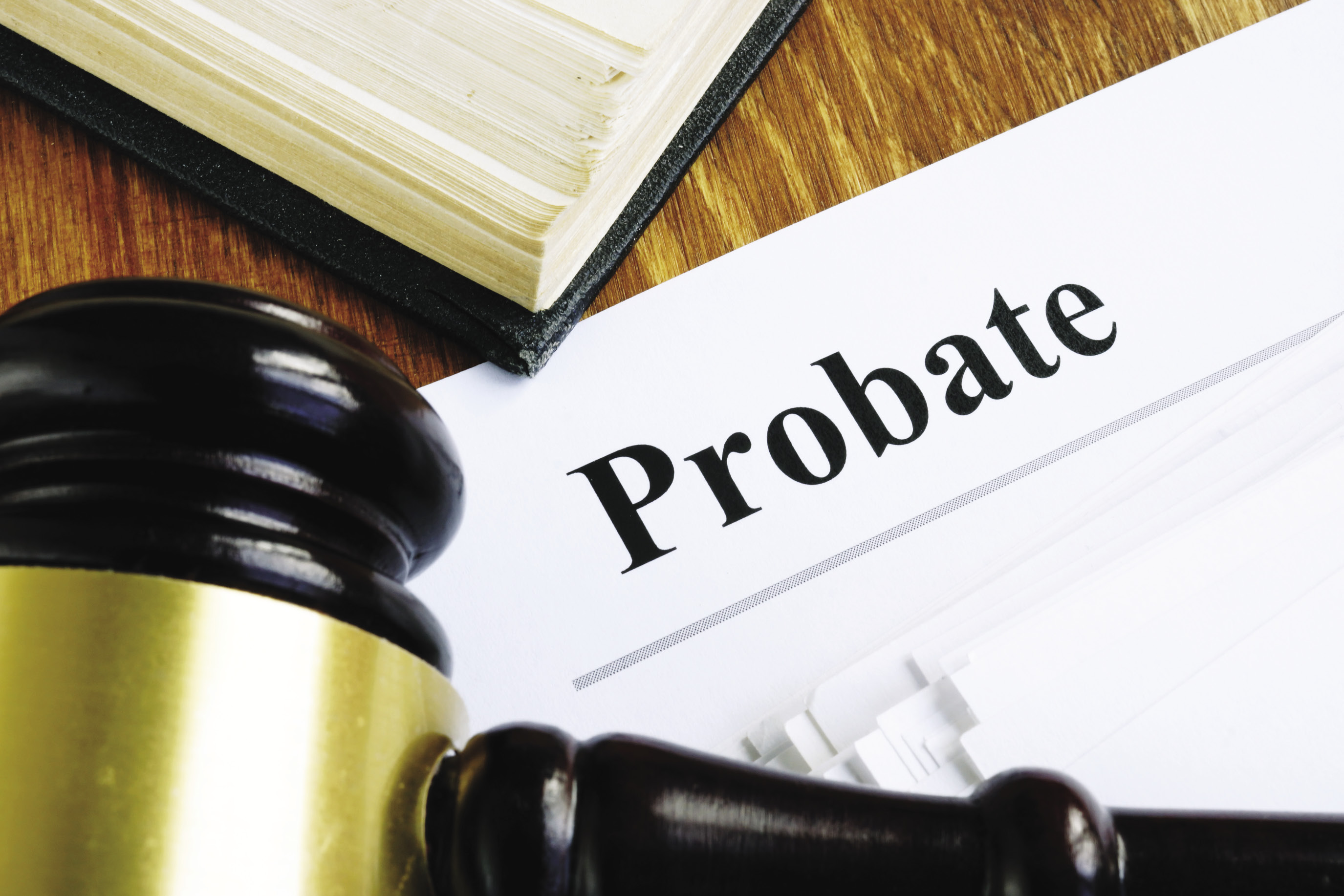 In 1971, a wave of reforming legislation was introduced to regulate family and inheritance laws in Hong Kong in a bid to diminish the application of customary Chinese law applying to domestic arrangements. Prior to this, Hong Kong’s inheritance laws were a complicated mixture of legislation based on the laws of England and recognition of Chinese customary law which had evolved in Hong Kong. This dual system of English and Chinese customary law meant that while the English Wills Act 1837 applied in Hong Kong, at the same time, a Chinese testator’s will would be admitted in probate even if his will did not satisfy the formal requirements. Similarly, if a Chinese person domiciled in Hong Kong died, intestacy distribution was permitted to be determined by Chinese custom.

Thus, the Deceased’s Family Maintenance Ordinance (“DFMO”) was enacted in 1971 together with the Intestates’ Estates Ordinance (“IEO”), Probate and Administration Ordinance. The DFMO was the first attempt in Hong Kong to interfere with the long standing principle that a testator was free to dispose of his property in a manner of his choosing, by bestowing upon the Courts jurisdiction to intervene in cases where the testator had not made reasonable provision for the maintenance of his dependants, either by willful omission or inadequate arrangement. The DFMO also applied in theory where the deceased had not made a will and distribution of the estate was governed by the provisions of the IEO, although in practice, this had less significance since persons entitled were ranked in priority if the deceased died intestate.

The main reforms of DFMO, which were incorporated into the current Inheritance (Provision for Family and Dependants) Ordinance (“Cap. 481”), expanded the classes of persons entitled to apply beyond the deceased’s immediate family members, provided the Court with greater flexibility in making orders, extended the Court’s powers to those akin to financial provision under matrimonial proceedings and included anti-avoidance provisions to set aside transactions undertaken by the testator which were aimed at defeating future applications under Cap. 481.

An application under Cap. 481, can only be made against a deceased’s estate if the deceased passed away after the commencement of Cap. 481 and was domiciled in Hong Kong or was ordinarily resident in Hong Kong at any time in the three years immediately preceding his death. The applicant must fall within one of the nine stipulated classes of persons as provided in section 3(1) and needs to establish that the disposition of the deceased’s estate effected by his will or the law relating to intestacy, or the combination by will and law, did not make reasonable financial provision for the applicant.

The threshold to be met by each applicant differs depending on which class he/she falls under. Some classes of applicants only need to prove the existence of the specified relationship with the deceased (ie spouses, partners of a concubinage, infant children and children who cannot maintain themselves due to disability) while others (ie former spouses who have not remarried, parents, adult children, any person treated by the deceased as a child of the family, and siblings whether of the half blood or the whole blood) not only need to prove the specified relationship with the deceased but also need to show that “immediately before the death of the deceased, they were being maintained, either wholly or substantially, by the deceased” (“Being Maintained”).

Any person who does not fall under the specified relationships but who was Being Maintained may also apply, such as a cohabitee or an unmarried partner. Section 3(3) clarifies that a person shall be treated as Being Maintained if the deceased, otherwise than for full valuable consideration, was making a substantial financial contribution towards the reasonable needs of that person.

Although Cap. 481 draws a distinction between infant children and able-bodied adult children (the latter class additionally needs to show they were Being Maintained), legitimacy is not relevant. The definition of ‘child’ in section 2 specifically includes an illegitimate child, a child of a union of concubinage and an adopted child. The more important distinction made by Cap. 481 is between marital relationships and all other relationships with the deceased. The former is assessed with reference to the more generous ‘divorce standard’ whereas the latter is assessed with the ‘maintenance standard’, although both standards take into account what would be reasonable in all circumstances of the case.

Cap. 481 was enacted in 1995, but by 2004, there were still only 3 reported cases available to be considered in Chris Sherrin’s article “A Forgotten or Ignored Ordinance? A critical appraisal of the Inheritance (Provision for Family and Dependants) Ordinance” (Law lectures for practitioners, 2004, p. 131-156). Since then, there has been a further 11 reported cases, but the legislation remains far from being widely used and success rates remain low for certain classes of applicants, in particular, adult children. The relevant cases reveal the fact-driven nature of these proceedings and how the appellate courts are reluctant to overrule a trial judge’s finding of fact.

At paragraph 18, the Judge commented, “in the case of an adult child applicant without incapacity, the court will ask why he needs to be provided for by another” and at paragraph 123, the Judge cited Re Jennings (dec’d) [1994] Ch 286, “a neglected past moral obligation, eg of a father to support his minor son, cannot be resurrected to fund a present claim by the adult son.”

The Judge acknowledged that the although the deceased had broken his promise and breached his moral obligation, and despite the size of the deceased’s estate being large enough to take care of the applicant’s financial needs, this all did not come into play because the applicant could not prove he was Being Maintained and hence, the claim was dismissed.

In contrast, it is easier for an estranged spouse to succeed under Cap. 481 than an estranged adult child because the former does not need to prove he/she was Being Maintained. In Re Lee Sai Wai (dec’d) [2002] 4 HKC 517 the Judge concluded that even though the deceased left his estate to his siblings in his will, the ‘divorce standard’ was applicable and the wife could reasonably expect to receive 40% of the net estate. Therefore, a lump sum order in this effect was made in favour of the applicant wife.

Then, in distributing the balance of the net estate, the Judge adopted a generous interpretation of the needs of the first wife and made an order for a substantial lump sum of one-third of the net estate to her, having “had regard to all the matters”. The Court stated that it was a “value judgment” and that the first wife had “demonstrated not only a real need but also her entitlement to share the net estate of the deceased due to her significant contribution”. Similarly, the Judge ruled that the second wife is also entitled to one-third of the net estate because she too had contributed substantially to her family with the deceased. This is so even though being one of the beneficiaries under the will, the second wife has not demonstrated a real need. The result was that the adult children of the deceased and his second wife, who are two of the original beneficiaries under the Will, received significantly reduced proportion of the estate following the application of Cap. 481.

Cap. 481 clearly does not permit a testator complete free will in distributing his estate nor can a Will be considered to be a person’s unfettered “last wishes”. Cap. 481’s merits are that it can remedy the potential injustice or unfairness arising from upholding a deceased’s Will or the rules of intestacy, which are commonly found when a deceased’s Will is outdated due to lapse of time and no longer serves the actual need and expectation of his family.

A practitioner should always take into consideration the possibility of a claim under Cap. 481 when advising on estate planning even if a potential applicant’s claim is unlikely to succeed, as such proceedings inevitably result in delay to estate distribution and high legal costs. The highly fact-sensitive nature of these proceedings often results in uncertainty on the application of the law and it would be better to anticipate and address any potential claims rather than to ignore them. Similarly, potential applicants need to be advised carefully as to what they need to prove and consider the availability of documentary evidence in evaluating their chances of succeeding with a claim under Cap. 481.

Having been in the private practice for 15 years, Freda continues to stay focused in serving her clients in dealing with a broad spectrum of private client work ranging from family related issues, estate planning, trust setup, tax, probate and estate disputes, including but not limited to claims under the Inheritance (Provision for Family and Dependants) Ordinance (Cap. 481). Freda also advises companies with respect to their pre-IPO trusts and employee benefit schemes.

Emily assists clients with a wide range of family and succession related issues, including the drafting of highly customised wills and the setting up of trusts that involve cross-border assets and interests. She also has experience in dealing with family and estate disputes as well as in drafting pre-IPO trust deeds and employee benefit schemes. 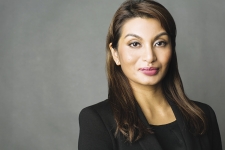 Sasha Allison is a barrister specialising in family law. She works on matters involving legal issues spanning from womb to beyond the tomb. Prior to joining the Hong Kong Bar, Sasha was a practising solicitor in Hong Kong working in the family law department of a well established local law firm. She is a trained family mediator, a Fellow of the Institute of Chartered Arbitrators and tutors family law in the PCLL programme at the Hong Kong University.