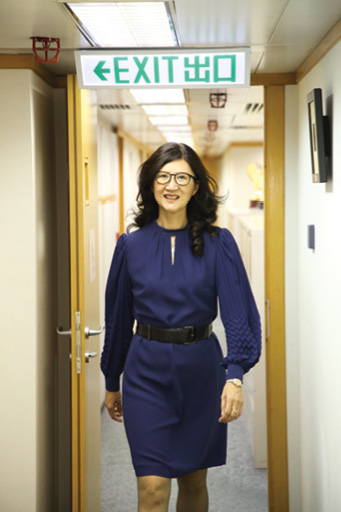 The solicitors’ profession in Hong Kong is a self-regulatory profession.

Seen as vital to the maintenance of the independence of the profession, self-regulation is referred to in many international and national codes of conduct and regulatory instruments. Among them, for example, the Core Principles of the European Legal Profession by the Council of Bars and Law Societies of Europe (CCBE) provides that without a guarantee of independence, it is impossible for lawyers to fulfil their professional and legal role. A lawyer “needs to be free - politically, economically and intellectually - in pursuing his or her activities of advising and representing the client……Self-regulation of the profession is seen as vital in buttressing the independence of the individual lawyer.”

The importance of an independent legal profession is succinctly reiterated by our first HKSAR Chief Justice Andrew Li in one of his speeches made in September 2003 to an international audience:

Based on the findings of the Directory of Regulators of the Legal Profession published by the International Bar Association, there are other types of regulatory models in place around the world, for example,

Radical changes in lawyer regulation have been taking place in various jurisdictions. For instance, the 2007 UK Legal Services Act dramatically changed the identity of lawyer regulators in England and Wales. The new over-arching regulator is the Legal Services Board which is a public body independent of the Government and of the legal profession. Its Chair is a non-lawyer, so are the majority of its members. In October 2016, Ireland established the Legal Services Regulatory Authority following controversial legislation, which removed lawyers from regulation.

A very important pre-requisite with respect to a self-regulatory regime is the demonstration of the profession’s ability to uphold the credibility of the regime. The profession must constantly review the effectiveness of the regime to ensure that it is functioning properly in the interest of the public. It is a task that demands the demonstration of the highest professional standards. The fact that the Hong Kong legal profession is allowed to shoulder the responsibility of regulating itself speaks volumes about its high standards and the trust that the profession commands in society.

Our current regulatory system is an effective and balanced regime. It benefits with appropriate involvement of other stakeholders, like the Judiciary and the Legislative Council in vetting the legislative framework within which the profession exercises its self-regulatory functions, as well as the public through their membership in the Solicitors Disciplinary Tribunal Panel.

However, we must never be complacent. We must do everything we can to maintain and strengthen public trust in our commitment and dedication as legal professionals to uphold the rule of law and the fair administration of justice, and to ensure that there is no basis that can be used to challenge our entitlement to continue the long tradition of our model of self-regulation.