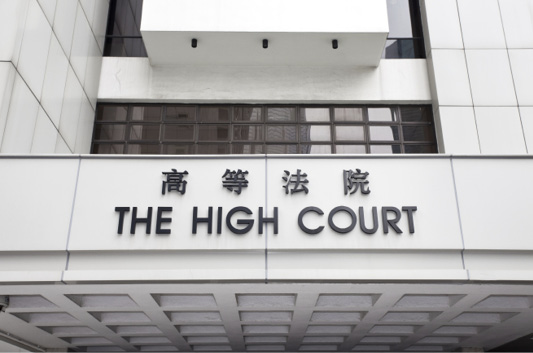 In Ng v The Council of the Law Society of Hong Kong [2021] HKCFI 379, the High Court held that Schedule 2 of the Legal Practitioners Ordinance (Cap. 159) provides a complete statutory scheme for the court’s review of a decision to intervene in the practice of a law firm or a solicitor. The statutory regime permits the court to make a wide range of orders as it sees fit, including (in effect) a reversal of a decision to intervene. Further, it provides for a strict 8-day period within which a person served with an intervention notice can apply to the court and there is no mechanism to extend time.

Apparently, the applicant had been one of two partners in a law firm that had a large conveyancing practice before the respondent’s intervention. On 24 December 2020, the respondent intervened in the practice of the firm and its practice ceased operation. The history of events prior to intervention, following a series of anonymous complaints alleging some serious matters, appears typical of a regulator’s modus operandi in a regulated market or profession – including, for example, requests for information, monitoring accountant visits and the appointment of inspectors. On this occasion, the respondent is stated to have identified (among other things) systematic failures to maintain proper accounts and numerous suspicious transfers of clients’ monies.

As one example, the judgment refers to the alleged theft by a former clerk of the firm (paragraph 18*):

“Neither the Firm, nor either partner of the Firm, nor the particular client had reported the matter to the Police or to the Law Society, notwithstanding that it was a criminal offence involving dishonesty. The litigation taken against [the former clerk] involved a convoluted way of the Applicant suing in his personal name, rather than the Firm’s name. The failure to report the matter, and the way of litigation, both appeared designed to avoid attracting investigations into the operation of the Firm, such as might lead to uncovering other matters.”

In the meantime, the applicant also applied for some extraordinary “interim-interim relief” – what the applicant argued was (among other things) an apparent “attempt to fashion a practical short-term solution to facilitate completion” of certain conveyancing transactions ([2021] HKCFI 341, at paragraph 10), but which may have been more of an attempt to “sidestep” the respondent’s ongoing investigations ((2021] HKCFI 341, at paragraph 17). That application was refused and appears to have been abandoned at the hearing of the application for permission to apply for judicial review.

Besides seeking to challenge the respondent’s decision to intervene, the applicant also sought permission to apply for judicial review with respect to three other purported “decisions” of the respondent, as regards his proposals (among other things) to operate the firm’s office and client account under supervision or to complete certain transactions and close the practice.

The court refused the application for permission to apply for judicial review. The court held that the statutory scheme for intervention provides for a strict 8-day period in which a person served with a relevant notice under Schedule 2 of the Ordinance can challenge it; to permit such a person to have an alternative method of judicial intervention would be contrary to the clear legislative intent as regards challenges to the legal status of an intervention. In this case, the 8-day period expired on or about 4 January 2021 (allowing for public holidays) and the applicant had failed to challenge the decision to intervene in time.

It is not entirely clear whether the other “decisions” that the applicant sought to challenge were amenable to judicial review. However, assuming that they were, permission was refused by the court on the basis that the applicant’s proposals appeared to be little more than an attempt to persuade the respondent to reverse its decision to intervene; those proposals could not (for example) side-step the statutory right given to the applicant to challenge the respondent’s decision to intervene within 8 days of service of the intervention notice.

A decision to intervene into the practice of a firm or solicitor is a serious matter that is not taken lightly. The evidence referred to the court by the respondent raises serious matters and suggests that the respondent considers that its decision to intervene was and remains appropriate. Partners or sole proprietors who employ clerks should pay attention.

Editorial Note: The judgment refusing the so-called “interim-interim relief”, dated 27 January 2021 ([2021] HKCFI 341) states (at paragraph 22) – “… In particular, the theft was not reported by the Firm, either to the police or to the Law Society, in circumstances where one might think those reports were the obvious things to have done and where the fact that that was not done cries out for investigation”.