The Hong Kong Law Society maintains a Roll of Honour, which consists of the names of solicitors who have distinguished themselves through their service to the Law Society or its Council, by their contributions to the development of the legal profession in Hong Kong or to the practice of law. This year, two solicitors were admitted to the Roll of Honour – Michael Lintern-Smith and TC Foo – and one member of the judiciary, the Honourable Madam Justice Bebe Chu.

In this cover feature, we look at the careers, their experiences, and the contributions of the three Roll of Honour Inductees. 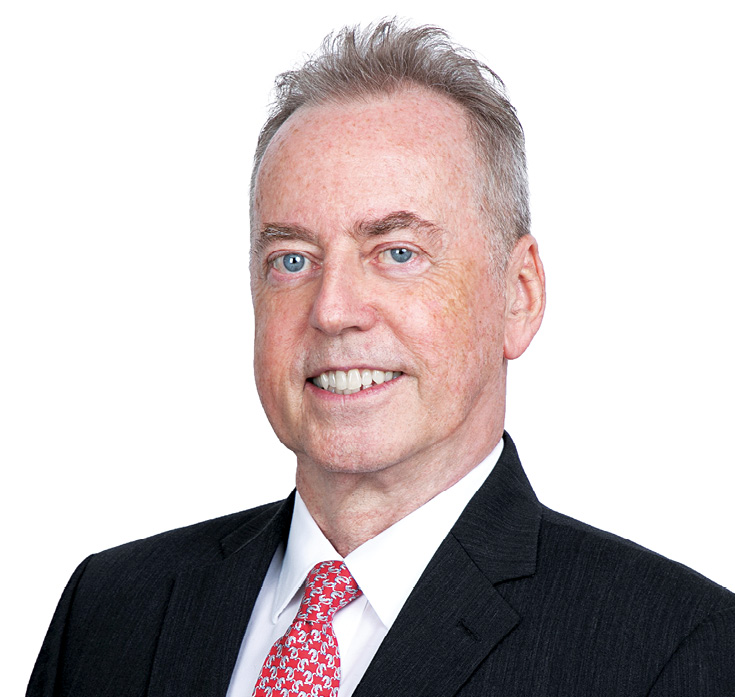 Michael Lintern-Smith is senior partner at Robertsons, a firm he joined in 1981. Over the past four decades or so, he has become a stalwart of Hong Kong’s legal scene, which includes serving a stint as president of the Law Society.

Lintern-Smith was elected president of the Law Society in 2004, and even though he was in the role for only a year, it was an eventful time. Professional indemnity issue was a hot-button issue at the time, and there was a big debate about whether the existing scheme regulating the Solicitors’ Indemnity Fund (SIF) was sufficient. Following the property crash in Hong Kong in 1998, there had been a lot of claims against the fund arising out of conveyancing matters. The increase in the number of claims affected the financial health of the indemnity fund and it was made worse when one of its reinsurance companies in Australia went into liquidation. Consequently, the Council decided to make a call on the fund and practitioners were required to pay additional sums into the Mutual Fund to meet the claims.

The debate was then whether to continue the existing scheme or to replace it with cover from the private insurance market. There was consequently a lot of tension amongst practitioners. A motion of no confidence was brought against five of the then Council members which resulted in the Law Society having to call an Extraordinary General Meeting of its members to consider the future of professional indemnity insurance for solicitors in Hong Kong. After lively debate at the EGM which Lintern-Smith chaired, the members voted to remain with their existing scheme.

With careful management, it has grown to a very healthy surplus which has meant that the society has been able to reduce the amount of contributions which solicitors are required to make into the fund on an annual basis. Looking back, Lintern-Smith remembers it as his “greatest achievement.” If SIFwas privatised, it which would have meant that individual solicitors firms insurance needs would be in the hands of the private sector. “Some would have encountered difficulties and rates of premiums would probably be much higher than those which are levied today under the statutory insurance scheme,” he recalls.

Also during his presidency, a limited liability partnership scheme was put to the government and a Group Practice regulatory system introduced for solicitors’ firms. Lintern-Smith led a review of the investigation of complaints and referral of matters to the Solicitors’ Disciplinary Tribunal. This resulted in fixed penalties being introduced for minor breaches of regulations. He also worked with the judiciary towards introduction of electronic filing of pleadings which, despite the Government proposing what he considered to be a very effective system, has not yet been introduced.

In his final message, Lintern-Smith wrote of his time as President “It is an experience that I have enjoyed immensely. I have tried to place emphasis on the Law Society’s public face by communicating frequently with members, the public and the press. At Law Society functions and at my regular curry lunches in the Club House, I have had the opportunity to meet many members of the Law Society who were previously unknown to me. The overall response has been supportive. Most members have ideas on the running of the profession. In fact, most of us have very similar and positive ideas. Many members are slow to put them forward, however, as they are under the misapprehension that their views are not valued. I pride myself on being a good listener and hope I have also been able to explain projects which are in the pipeline to members in a personal face-to-face environment.”

Apart from being president of the Law Society, Lintern-Smith has held a number of other roles during his career, including serving on the Judicial Officers Recommendation Commission, which is tasked with making recommendations to the Chief Executive about the appointment and promotion of judges, and being member of the High Court Rules Committee and the Court of Final Appeal Rules Committee. He also reflects fondly on his past term as chairman of the Buildings Appeal Tribunal and chairman of the Disciplinary Committee of the Hong Kong Confederation of Insurance Brokers.

His abilities to manage difficult situations and his way with words have served Lintern-Smith well throughout his career. Today, he is a regular speaker at legal conferences where he talks about China-related matters and law firm management.

As he looks back on a stellar career, Lintern-Smith has also noticed some significant ways in which the legal profession has evolved during your time in Hong Kong. He counts “development of specialty in the light of ever-increasing complexity in commercial matters” as one key trend. He also believes that artificial intelligence is bringing major changes to the profession. “In the early days, it was enjoyable because there was regular face to face contact with clients and interaction with the Judiciary and members of the administration,” he notes. “Today, so much contact is made through email only and the personal touch seems to be missing.”

On being asked about how he feels on being admitted to the Roll of Honour, Lintern-Smith responds that he is “gratified” that his contribution to service has been recognised by the Law Society. “but I hope that I have also been recognised for contributions to the legal profession and the practice of law in general,” he says.

Finally, he points out the roles that lawyers can play to help maintain public trust and confidence in our legal system. “The public will maintain its trust in the legal profession so long as lawyers are able to communicate to them their trustworthiness and their integrity,” says Lintern-Smith.

Foo Tak Ching, a solicitor with Liu, Choi & Chan, is another inductee to the Law Society’s Roll of Honour this year. Foo, who is also a notary public, and a China-appointed attesting officer, was admitted to practise as a solicitor in England and Wales in 1972 and then in Hong Kong in 1973.

Serving as a Council member of the Law Society from 1985 to 1996, Foo chaired the China Lawyers Committee, and was a member on various Law Society committees including the Standing Committee on Standards and Development, the Standing Committee on External Affairs, the Family Law Committee, the Family Law Reform Committee, the Property Committee and others. Foo also served on various external committees, including the Management Committee of the Legal Advice and Duty Lawyer Schemes and the Working Party on Mentally Handicapped People Giving Evidence in Court.

Donald Yap, a past president of the Law Society, recalls joining the Council in 1985, the same year as Foo. He describes Foo has “very gentle and low-key, always soft spoken, never speaking harshly anyone… a nice, nice guy.” Yap adds that Foo really cares about the profession and takes all issues to heart, particularly issues faced by smaller firms. “He would bring in the perspectives of smaller firms into Council discussions,” he recalls.

Yap also lauds Foo as a visionary. “As early as the 1980s, he already foresaw the increasing changes in the mainland development and its impact on Hong Kong,” says Yap. “He highlighted the importance of maintaining close communications with the mainland to introduce Hong Kong’s legal professionalism there.” 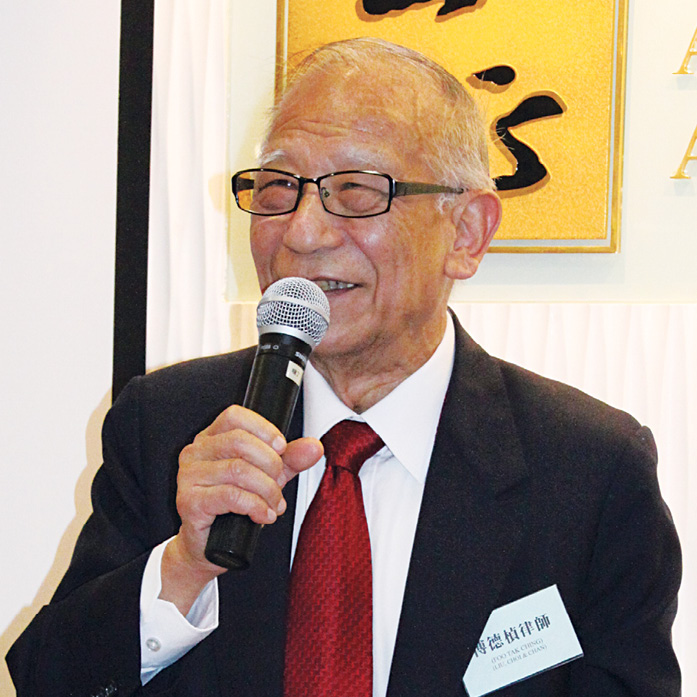 Paul Tan, a vice-president of the Law Society in 2002-03, served on the Council together with Foo. He describes Foo as passionate about the profession and conscientious, a man who would “speak up about his concerns relating to the profession.”

Anthony Chow, himself a Roll of Honour inductee, recalls meeting Foo for the first time in the late 1960s when the latter had been sent to London as part of a Hong Kong government training program. “Under this program, they selected certain bright civil servants and trained them as lawyers. As part of the training, they sent them over to England to become articled clerks, or as you call them today, trainee solicitors. A friend in Hong Kong informed me that he was in town, so I invited him to my place for dinner. Years later, after I had returned to Hong Kong for work, I was elected to join the Law Society’s Council in 1995. And I found that he was a council member. So that was our reunion.”

Chow says that Foo would never actually turn down an offer to serve on a committee. “In particular, he was extremely concerned about the ethics of lawyers. So, most of the committees he served on were committees that would involve maintaining a very high standard of practice of solicitors, as well as their conduct. Around the time we served on Council, the number of lawyers within the profession was starting to burgeon, and he was very concerned that it would lead to solicitors cutting fees in order to maintain the standard of living that they were used to. He was also very concerned that in the midst of all this, the legal profession should not lose its dignity as a result. He was very concerned that if we started doing silly things, the profession would lose its dignity.”

One passion that Chow and Foo share to this day is horse-racing and the Jockey Club. “Apart from his work and his Council meetings, he would be seen at the races, which was a form of relaxation for him. Sometimes he would have a quiet dinner with his wife while watching the races, and every now and then, we would sit together. But most of the time he's a very quiet man, who enjoyed the simple things in life.”

Justice Chu was a member of the Law Society Council from June 1993 to November 1994. She served on a number of Law Society Committees and was the Chair of the Family Law Committee from 1991 to 2002.

Her contribution to the development of family law and practice has been tremendous through her chairmanship of the Law Society's Family Law Committee for over a decade and through her judgments as a prominent Family Court Judge.  ​ 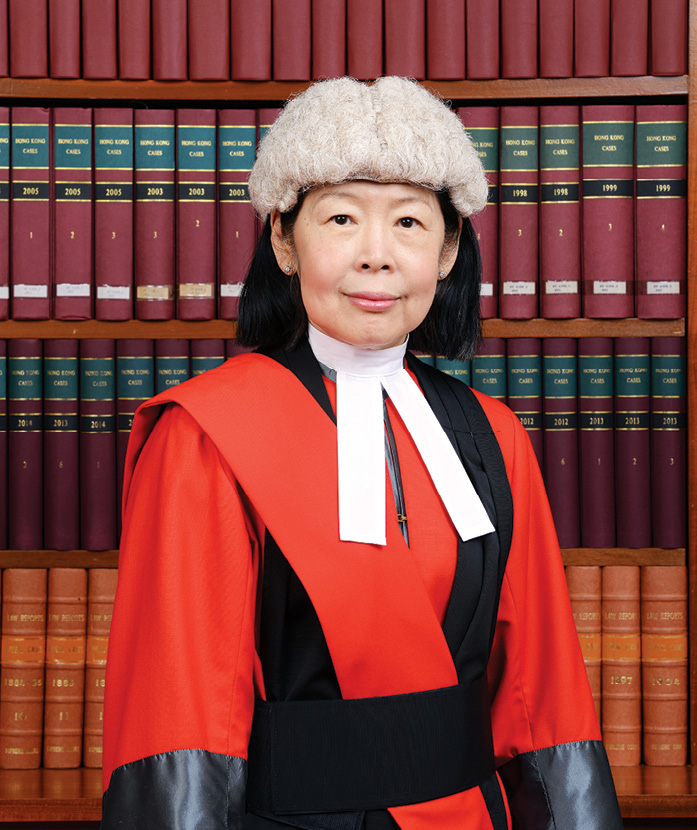