The recently published textbook Annotated Leading Patent Cases in Major Asian Jurisdictions is a useful and, for the most past, concise review of major patent cases around Asia, written by academics or practitioners from various Asian jurisdiction. The book fills a hole in general jurisprudence about patent cases in Asia and will be of interest to patent practitioners and academics not only in the jurisdictions covered but to any patent litigator involved in cross-border enforcement of patents.

Each topic is covered well, albeit it is not possible in a review of this length to comment in detail on each section. There are, however, some interesting tidbits for practitioners in Hong Kong and China. Prof. Ichiro Nakayama covers the interesting history of how the Japanese courts took for themselves the right to decide on the validity of patents, despite Japan, like China and Germany, having a bifurcated system for deciding infringement and validity.

Also interesting is the analysis by Prof. Yahong Li of Hong Kong University of the only major patent case to go to trial in Hong Kong in recent years, SNE v Hsin Chong. In her commentary, Prof Li notes, given there is no specialist IP court, that the Hong Kong court obviously struggled with the technical aspects of the case. The current system for dealing with the validity of short term patents is described as in need of reform due to the unnecessary time and costs involved with litigating what should be simple cases. (Reforms have now been passed that should come into force in 2019). In spite of the problems with the system, Prof Li does not think a specialised IP court is necessary in Hong Kong due to the low volume of patent cases in Hong Kong. She states that there have only been six cases in 20 years. This seriously understates the number of cases – this reviewer and many other practitioners have handled far more. It is true there have only been six cases that resulted in a written decision. However, there have been many more that have died a slow (and sometimes painful) death while stuck in the merciless cogs of Hong Kong’s ill-equipped and brutally expensive civil litigation system. Hong Kong desperately needs a specialist list for handling IP cases.

Qualcomm, which pioneered the development of 3G mobile standards, features in three chapters where its standard essential patent (“SEP”) licensing practices in China and Korea are discussed. One chapter features a detailed analysis of China’s National Development and Reform Commission case against Qualcomm where a record breaking fine of almost US$1 billion and other corrective remedies were imposed. In Korea, a fine of US$853 million was imposed for similar breaches. The chapters are salutary warning of the difficulties faced by SEP holders in licensing their technologies – difficulties that are already affecting the development of new standards.

The chapters on the factors that courts consider when deciding whether or not to grant injunctions and the calculation of damages provide useful information on the way in which courts approach these difficult questions. The chapter on injunctions considers issues in India of balancing the effect of the injunction and the public interest in general; in pharmaceutical cases; and, in cases of compulsory licensing. The Korean law as to whether injunctions should be granted for FRAND encumbered SEPs is also considered. The difficult considerations around balancing damages and the infringer’s profit in a number of countries are also explored.

The final section of the book considers how courts deal with cross-border cases, and of particular interest in Hong Kong, how Chinese courts deal with disputes involving patent holders without a domicile in China. Dr. Jia Wang specifically considers the (in)famous Huawei v Interdigital case where Interdigital, which had no business presence in China, was found liable for a breach of the Chinese Anti-Monopoly law for acts done outside China.

The editors have gone to great pains to ensure that each chapter follows a set format that covers: summary, legal context, facts, reasoning of the decisions, legal analysis, and commercial or industrial significance. The purpose of this structure is to give readers both the overview of the legal context under which the individual cases were adjudicated and how those cases are to be deciphered legally and commercially. The authors succeed in this goal.

The scholarship and writing for each contribution is of a high standard. The methodology and approach is interesting and makes the book easy to read. It is a nice supplemental to general works on litigation in the countries covered.

For those with an interest in patent law and litigation around Asia, this is an interesting and informative resource. 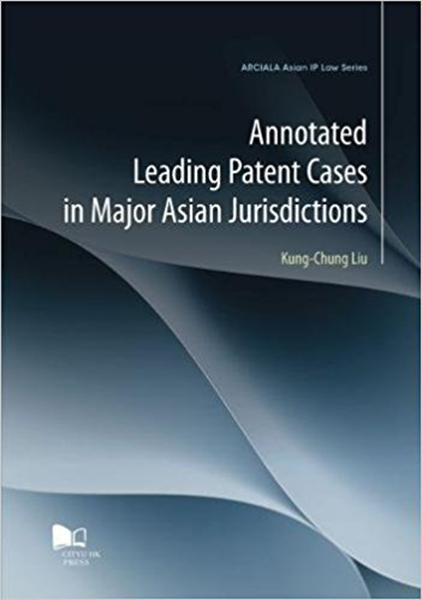