Before Disneyland, Penny Bay was slated for the construction of Container Terminals 10 and 11. They never got built, and reclamation of the bay did not take place until many years later, when the building of the theme park began. But the statutory notice issued under the Foreshore and Sea-Bed (Reclamations) Ordinance (Cap. 127) in May 1995 (“the Ordinance”) had the immediate effect of extinguishing the marine rights of the claimant landowner, whose land adjoined the sea.

The ensuing litigation between the landowner and the Government concerning compensation has lasted over 10 years. It provided the occasion for an important decision of the Court of Final Appeal ((2010) 13 HKCFAR 287), which held that the measure of compensation for the loss of the marine access was the difference between the values of land with and without access to the sea on the date of valuation.

The Lands Tribunal has since decided on the amount of the compensation payable on the basis of the decision of the Court of Final Appeal. Its decision was the subject of appeal in Penny’s Bay Investment Co. Ltd v Director of Lands (Unreported, CACV 115/2015, 19 May 2016).

The landowner’s claim was brought under s. 12 of the Ordinance. The Court of Final Appeal found in s. 12 an assumption to the effect that as at the date of valuation, reclamation of the marine access had taken place. This assumption is necessary in construing s. 12 to avoid unjustly depriving landowners of compensation. Section 12 provides for claims for compensation to be made within 12 months of the government notice extinguishing, in law, the marine rights of landowners. But reclamation may not have started before the end of the 12-month period, and rights to compensation would lapse while reclamation remains pending – unless s. 12, on its true construction, treats reclamation as having taken place on the date of valuation, and compensation is assessed accordingly.

The Lands Tribunal considered three possible valuations of the land with the sea access. Both valuations A (HK$214,206,000) and B (HK$551,157,000) assumed use of the land as a shipyard as well as a midstream site, but while valuation A postulated that the two new container terminals would never be built, valuation B assumed the opposite and envisioned the successful implementation of the project.

Valuation C (HK$391,309,077) contemplated an industrial development of the land. It assumed that a purchaser of the land would surrender the marine rights voluntarily to the Government to facilitate the implementation of the Container Terminal project. This concession would be expedient, as development of the land was impracticable without the construction of the new road associated with the project. Having arrived at the land value based on industrial use, the Tribunal made a substantial downward adjustment to reflect its finding that there was a 50 percent possibility that the Container Terminal project would not to come to fruition after all, a risk which obviously would factor into the reckoning of potential purchasers.

The Lands Tribunal found that the sum arrived at in valuation B, being the highest of the three valuations, would be the minimum price sought by the owner – and payable by interested market players – in a hypothetical sale of the land.

The Lands Tribunal then proceeded to find the maximum price which market players would be ready to pay for the land, on the basis that the Container Terminal project was certain to be implemented. It found that the highest land value was to be achieved in an industrial development. The valuation method employed is similar to valuation C, but no discount to the value of the development was made on account of the risk of the Government abandoning the project.

The Tribunal was now in a position to work out the market value of the expected economic benefit which the Container Terminal project would bring to the land. The difference between HK$841,828,000 (the highest market bid) and HK$551,157,000 (the minimum price which the seller would demand) would represent this market value, if the project was certain to materialize. But the project might not be implemented. The Tribunal took the view that a 50 percent adjustment on account of the uncertainty surrounding the project would be justified. That multiplier was then applied to the difference between HK$841,828,000 and HK$551,157,000, to give the market valuation of the expectations attributable to the prospect of the construction of the Container Terminals (HK$145,335,500).

The finding of the value of the land, on 5 May 1995, without sea access is more straightforward. Use of the land for industrial development, the Tribunal found, would continue to give the highest land value (HK$685,540,000). No discount needed be made on account of uncertainty as, importantly, the Tribunal held that after the sea access had been removed, it would be certain that the project would be proceeded with.

The Decision of the Court of Appeal

Before the Court of Appeal, there were appeals and cross-appeals, raising a number of valuation issues. A key question concerns how far the Court should restrain the effect of a legal assumption, lest the valuation becomes detached from reality.

In Penny’s Bay, the Court of Final Appeal has held that there was to be determined the values of the land with and without access to the sea. It has held also that at the date of valuation reclamation should be assumed to have taken place. Does it follow that when valuing the land without the sea access, it is legitimate to take into account the increased market expectations that the Government would implement the Container Terminal project? An affirmative answer would reduce the compensation to the landowner, as the project included substantial investment in road infrastructure which would greatly increase the value of the land without the sea access.

The Court of Appeal answered the question in the negative. It was a legal assumption, but no more, that at the date of valuation the reclamation of the marine access was assumed to have taken place. “It does not follow that this legal assumption would affect the expectation in the hypothetical sales” (para. 73). Whether the valuation concerned the value of the land with or without the marine access, there was only one prevailing set of expectations. It is not permissible to assume an increased likelihood (and an enhanced market expectation to the same effect) that the Container Terminal project would take place, on account of the assumption that reclamation of the marine access had occurred.

In Penny’s Bay, the view that the same market expectations governed the valuations both with and without the sea access would have been based on the reality that, on the date of valuation, the sea access was extant and there had been no reclamation; it was therefore wrong to value the land, as the Lands Tribunal did when determining the “After Value”, on the basis that there had been a reclamation, and so an increased likelihood of the Container Terminal project being proceeded with.

“[the land] is to be valued by reference to the same prevailing market conditions (instead of market conditions at 2 different points in time, one “Before” and the other “After” the reclamation). The only difference … is that one valuation must proceed on the basis that the land has marine rights whilst the other valuation shall proceed on the basis that the land does not have any marine rights …. The adoption of an approach other than this would not be an accurate measure of the value of the marine rights as further variables will be introduced into the equation.”

In English case law, there have been very forceful obiter dicta against attempts, where the well-known Pointe Gourde principle calls for the identification of a no scheme world, to delve into what might or might not have happened in the hypothetical past. Lord Denning’s suggestion in this context that the valuer must let his imagination “take the flight to the clouds” (Myers v Milton Keynes DC [1974] 1 WLR 696, at 704) is probably no longer sound. Where planning assumptions are concerned, “[n]o assumption has to be made as to what may or may not have happened in the past… The further back in time one goes, the more likely it is that one assumption as to what would have happened must follow on another and the more difficult it is likely to be to reach a conclusion in which anybody can have confidence” (see Fletcher Estates (Harlescott) Ltd v Secretary of State for the Environment [2002] 1 WLR 438).

As it was in Penny’s Bay, the Pointe Gourde principle was not in play. But valuations based on assumptions, whether as to what development potential there would have been in the no scheme world or how the market would react given a legal (but factually unreal) assumption, are prone to becoming speculative.

Nonetheless, the view in Penny’s Bay that the same market expectations governed the valuation with and without the marine access could well be wrong. That reclamation of the sea access would have signalled to the market an increased likelihood of the Container Terminal project being proceeded with appears reasonable, and does not seem to offend a principle which requires the valuer to align his valuation as closely as possible with the real world. Yet in Penny’s Bay, the valuer was enjoined from taking one step further and valuing the land on that basis.

The Court of Appeal takes the view that some of the observations of Lord Hoffmann in the judgment of the Court of Final Appeal justified its approach. But his Lordship was, it is respectfully submitted, simply pointing out (in paras. 45 and 46) that if both the valuations for the land with and without sea access contemplated new uses which would be served by the anticipated road access (so that whether or not the site was served by the sea access became unimportant), the difference in land values might not be very large. None of his Lordship’s observations to the above effect touch on the valuer’s potential remit to consider the implications which an assumption has on his valuation.

The decision of the Court of Appeal in Penny’s Bay has an important implication for the valuer. It appears that he has to draw a line at making inferences based on legal assumptions. That line will have to be drawn, even if the inference in question appears to him straightforward and to follow readily from the assumption he is required by law to make (and so is not to be castigated as contrived or artificial).

The strictness of this approach may well be tested in later cases. 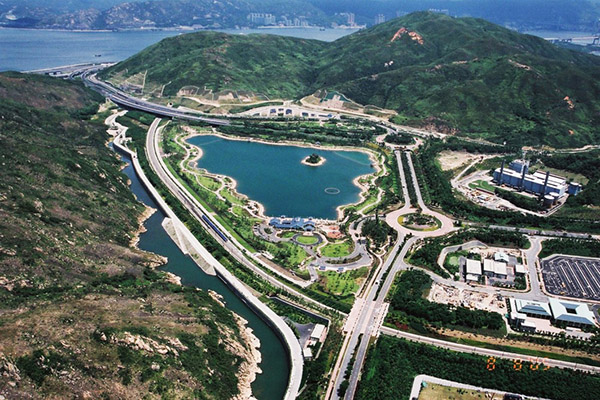 Clemence Yeung is a practising barrister. He has authored a book on the law of unjust enrichment in Hong Kong and was a contributor to a practitioner’s volume on Hong Kong maritime law. He has presented professional seminars covering a variety of practice areas, including documentary credits, cross-border injunctions, land compensation and private international law.