Draft revisions to the PRC Arbitration Law look to modernize the jurisdiction’s arbitration offering. In this article, Fangda Partners’ Lin Yanhua and Matthew Townsend note the key reforms in the context of recent updates to arbitration arrangements between Mainland China and the Hong Kong SAR.

While arbitration practices and procedures in Mainland China have changed considerably in recent years, the PRC Arbitration Law itself has undergone no ‘root and branch’ reform since it was published in 1994.   In this regard, the PRC has taken a different path to a number of other Asian jurisdictions, including its own special administrative region, Hong Kong which revamped its arbitration legislation in 2011.

For international (including Hong Kong) lawyers and parties, features of the PRC Arbitration Law can seem unfamiliar, particularly as they relate to issues such as the formal requirements for arbitration agreements, limitations on arbitration conducted outside of the auspices of domestic arbitration institutions, the powers of the tribunal, and the scope of judicial intervention in the arbitral process.

Recent changes to reciprocal arrangements with Hong Kong have signalled liberalization to come. In October 2019, a new reciprocal arrangement regarding interim measures for arbitration came into force (the “Interim Relief Arrangement”) (See update here).  This provides inter alia that PRC courts will issue measures in aid of arbitrations seated in Hong Kong and administered by qualifying Hong Kong arbitral institutions.  Consequently, in the past two years, Mainland Courts have had increased working exposure to international arbitration institutions identified in the arrangement. In the authors’ experience, it is not uncommon for a Mainland court, considering an application for relief in support of a Hong Kong-seated arbitration, to require clarification directly from the institution itself.

Separately in November 2020 the Mainland and Hong Kong SAR authorities brought into force a supplemental arrangement regarding the enforcement of arbitration awards (“Supplemental Arrangement”).[1]  There has been considerable historic debate as to whether foreign arbitration institutions, including those established in the Hong Kong SAR, may accept and administer arbitrations in the Mainland. The original arrangement’s preamble expressly anticipated enforcement in Hong Kong of awards rendered by “arbitral authorities in the Mainland” which were in turn included in a specific “list to be supplied” by the PRC authorities.  The Supplemental Arrangement removes this wording, with the apparent effect that arbitral awards made in Mainland China are now enforceable under the arrangement regardless of administering institution.

It is also worth noting that different PRC regions have issued plans to allow foreign arbitration institutions to establish in certain specified areas in the PRC Mainland, although such plans are being implemented cautiously, and to date it is understood these foreign institutions only conduct marketing services from these locally-established offices.

KEY REFORMS ENVISAGED IN THE DRAFT

On 30 July 2021, the PRC Ministry of Justice published a consultation draft PRC Arbitration Law (“Draft”).  The Draft sets out a number of reforms to the PRC’s arbitration infrastructure, including many which would be of interest to Hong Kong lawyers and parties. Some of the key proposed amendments are addressed below.

First, the Draft opens the door to foreign arbitration institutions accepting and administering PRC-seated cases. Notably, a new Article 12 would provide expressly for the establishment of “Foreign arbitration institutions” to set up “operational institutions within the territory of the People’s Republic of China”, for “foreign-related arbitration business”. It is understood that “arbitration business” would include accepting and administering cases. This amendment would therefore be a significant step given that foreign institutions, as mentioned, have officially limited their activities in the Mainland to marketing activities.

Fourth, the Draft expressly recognizes the concept that a tribunal may rule on its own jurisdiction, the so-called Kompetenz-Kompetenz principle.  New Article 28 provides expressly that if parties wish to challenge the jurisdiction of the Tribunal, they should submit the challenge to the tribunal in accordance with the relevant arbitration rules. Prior to the constitution of the Tribunal, the relevant administering institution may make a prima facie decision as to whether the arbitration should proceed.

Fifth, the Draft empowers an arbitral tribunal to order interim relief directly, as opposed to by way of the courts. It deletes the provisions of Article 28 and Article 46 of the PRC Arbitration Law, requiring that such an application be made to the competent people's court. Under new Articles 43 to 49, should an application be made after the commencement of an arbitration, it may be made either to the relevant court or the Tribunal.

The Draft amendments would significantly liberalize PRC Arbitration Law.  For example, the Kompetenz-Kompetenz principle, if implemented in practice, would be a significant move towards further empowering the tribunal, and reducing the scope of judicial involvement in the arbitration proceedings. The benefits of this principle are the reason it is enshrined in Hong Kong law by virtue of Article 16 of the UNCITRAL Model Law on International Commercial Arbitration.

International (and Hong Kong) lawyers and parties will also take note of the reforms relating to foreign arbitration institutions, and ad hoc arbitration.  These mean in effect that parties negotiating dispute resolution provisions of Sino-Foreign commercial contracts will have a new compromise option: China-seated arbitration which is either ad hoc or conducted under the auspices of an international institution. PRC law allows for these possibilities only with respect to “foreign-related” matters, namely those for which at least one of the parties is foreign, at least one of the parties habitually resides outside of China, the subject matter of the transaction is located outside of china; or else the legal fact that leads to the establishment, change or termination of the transaction occurs outside of China.[2]  Having said that, matters with a Hong Kong, as opposed to Mainland China, element are considered to meet this test.

The Draft has now been circulated to stakeholders for comment. 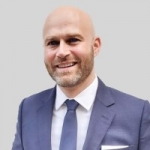