Desmond Cheung takes dragon boat racing quite seriously. Once, he had to put on four pairs of pants during a very cold morning in order to go paddling. On other days, he would get into the office at 6 in the morning just so he could go paddling after a busy day of work.

His efforts have paid off.

As captain, he led the Law Society of Hong Kong’s team to win the Legal Professional Cup Dragon Boat Race (LPC) this year, the very first win in this race for the Law Society’s dragon boat team.

The team bested 10 competitors on June 23 at the annual race in Stanley. Now in its eighth year, the race drew teams from various law firms and legal bodies such as the Department of Justice and the Hong Kong Bar Association (HKBA).

“The Law Society of Hong Kong organizes the event, but it had never won the race before. Previous winners included DLA Piper and the HKBA. The latter, in particular, fields a very strong team,” says Cheung. “My teammates and I had always wanted to win.”

Even as he worked full-time as a lawyer with DLA Piper, Cheung devoted a lot of his time to training.

Determined to achieve victory, the team started their training in early February, a very cold month as Cheung recalled. Temperatures sometimes dropped to 10°C or so, but that did not stop the team from getting into the water.

“This year, we had 29 on-water training sessions, more than double compared to last year,” says Cheung. “Before, we normally trained once a week. But since late March, we trained twice a week, on Sunday mornings and weekday evenings.”

At first Cheung worried that training on weekdays would be difficult, but he found out otherwise.

“After all, paddling after a long day of work was not easy for everyone. But surprisingly, our teammates always showed up for training on weekdays. It was beyond for my expectations. Since it’s on-water training, you need to have enough people on the boat. This sense of responsibility encouraged people to show up,” Cheung recalls.

Cheung says winning the race this year meant a lot to him. He felt like he could finally honour a promise he had made to the dragon boat team.

“In 2017, a number of some senior team members joined the race for the last time. This made me want to win more than ever. In the end, we came third in the race, although we performed quite well in the beginning,” he says.

This year, he changed the strategy. And to his surprise, this landed his team the cup.

“This time, I tried not to pressure my teammates too much. I told everyone that we should just do our best. Staying calm would help us perform better. We all agreed to that,” he says.

“The HKBA has always been a tough competitor. It was the winner in the last two years. There were five rounds in this race. We finished second after the HKBA in the qualifying round. Before the final race was on, I told my team that losing to the HKBA in the earlier round should not be a setback for us,” adds Cheung.

“In the beginning we were behind the HKBA team. Therefore, it was really surprising and encouraging that we actually got to beat them in the finals,” he says.

Cheung says the credit goes to the entire team, not him.

“It is the support from all my teammates and a dash of luck that led us to win the race,” he says.

Cheung started paddling just for fun. He never expected he would become the captain of the Law Society’s team later.

“I had only been paddling for six months, when one of the senior team members offered me the opportunity to be captain. I said yes,” he recalls.

“To be honest, I never thought it would be this challenging. As the captain, you need to do all the planning and organizing, motivate your teammates and lay out strategies,” says Cheung.

Even though it is difficult, Cheung has been in the role for four years. He says he is lucky to have two assistants who help him with registering for the race and arranging the training schedule.

“The biggest reward for such hard work is that I get to see everyone grow and have a good time. It’s a rewarding feeling to see how much your teammates have progressed during these years. It’s not just our paddling skills that we develop, but also a deeper bond among the team,” he says.

Cheung notes that a captain needs to have a caring and considerate attitude.

“Have your teammates’ interest in mind and try not to focus too much on winning. Not everyone thinks the same way as you. But by taking care of your teammates, you start to build a better relationship and eventually you get to motivate them to pursue the same goal as you,” he says.

“Ironically, one drawback is that you end up having too many good rowers to choose from! Then you will have to pick your teammates according to their experience and training attendance record. This is not an easy task either,” he says.

More than anything else, it is the teammates that have kept Cheung in the sport.

“We get along really well. All sports can be fun, but to me, it is the teammates that matter. Being with the right people is important,” he says.

“I like being in big groups, working together with more people. That perhaps explains why I like team sports. My legal work doesn’t require me to work in a big group, and maybe this is why I seek this in leisure activities.”

“I’ve always liked water sports. The view of the sea is soothing. It gives my mind a rest,” he explains. Given his interest in team sports and his love for the sea, it was no surprise that he opted for dragon boat racing.

“Most of the water sports do not require big teams. For example, rowing and sailing may need only four to six people to form a team. Dragon boat racing is different. It’s the only sport that needs a group of more than 10 people,” he says.

Engaging in the sport also earned him more friends and a wider network – a bonus for him.

“Every year, we have 15 to 20 law firms or legal bodies joining the dragon boat race, and each of them sends out a team of around 10 people. So you can imagine how many people come to the event,” says Cheung.

“Gradually, we sort of created a community in which we just know everyone. I never thought engaging in the sport would be good for networking. It becomes a platform for us to connect with other people from different firms who also like paddling,” he added.

Getting Back to Land

Having spent much of his leisure time on the water, Cheung is thinking of taking a break from his paddling days.

“I am ready to pass the baton to the next person. After four years, it is time to step down as captain,” he says.

“Other than dragon boat racing, I also like softball and football. Although I spend most of my time paddling, I am more passionate about football. I also play in the HKBA’s football team. I have been playing that sport since I was young,” he added.

Eager to develop other hobbies, Cheung says he is ready to give sailing a try. He also wants to do voluntary work for NGOs.

But dragon boat racing will remain something he cares about and hopes to promote.

“I hope to engage more people in dragon boat racing. This is a rather new sport, and so not many people have tried it,” Cheung says. He recalled how he was recruited to the team by his senior when he was a trainee.

“The LPC has become a major event for the legal community, an occasion where lawyers from different firms can get together. The race has matured a lot and become increasingly popular. We see certain law firms and legal bodies joining the race regularly,” he adds.

To Cheung, dragon boat racing is an opportunity to get the juniors and seniors onboard together, and it is a great way for bonding. 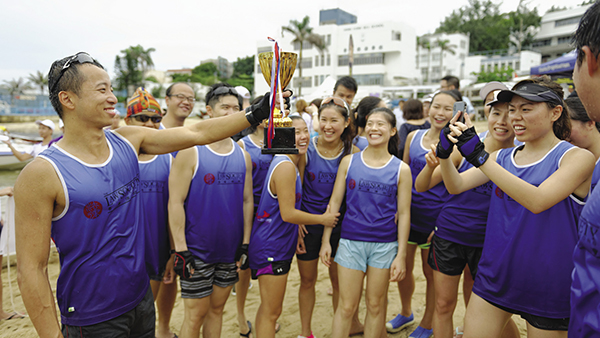 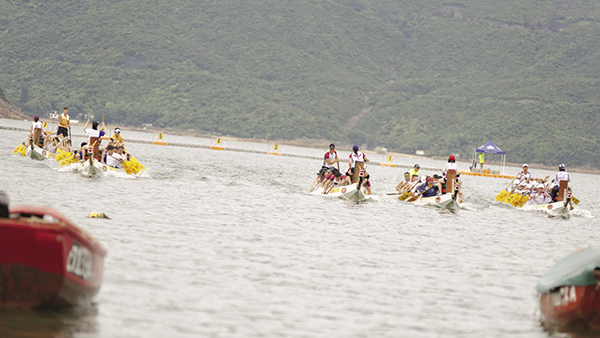 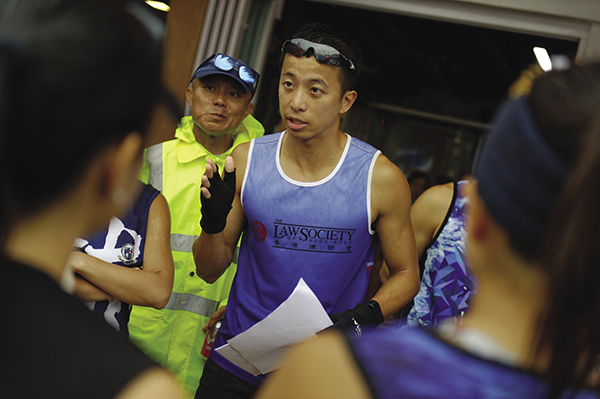 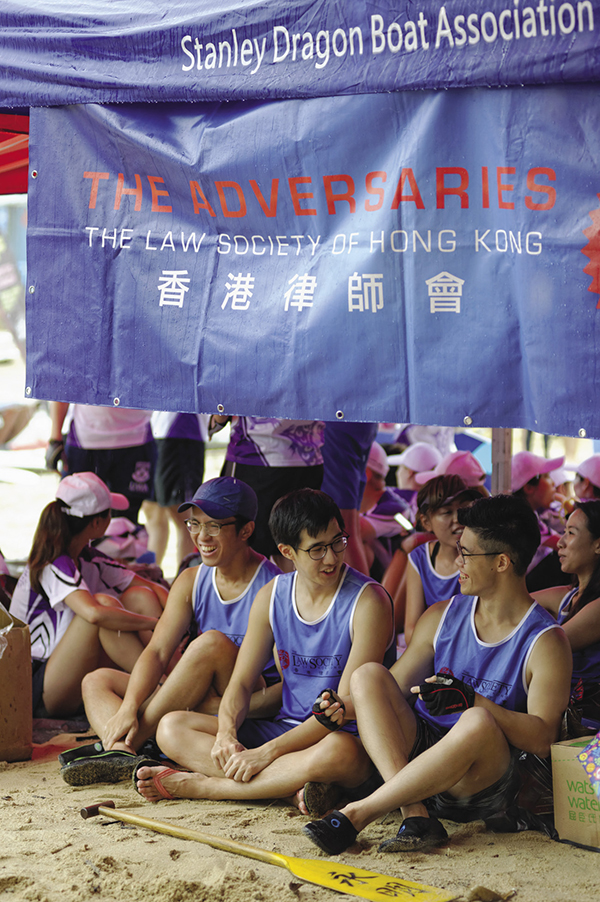