January 2019
Features
Money Paid into Court - Whose money? Yours and not Mine? The recent decisions of the Court of First Instance in Hong Kong and the English Court of Appeal, more or less, dealt with the same issue; whether a firm of solicitors could lay hands on the funding provided by its ex-client into court for (a) security for costs, (b) conditional leave to defend and (c) monetary fortification of the undertaking in damages?

The answer is unequivocally yes. The importance of these two decisions lies in the authoritative guidance on the hitherto uncertain case law both in Hong Kong and England on that particular issue.

However successful a solicitor’s practice is or will be, sooner or later, a recalcitrant and ungrateful client will surface to one’s great frustration and despair.

Imagine the very common case scenario - Client A instructs Firm A to act for him in a civil suit in the Court of First Instance. The writ was duly issued and attracted immediately a demand for security for costs by the defendant’s solicitors.

Client A and Firm A’s hitherto harmonious working relationship somehow turned sour and as a result of a huge fallout, Firm A later ceased to act for Client A and the bills issued by the former to the latter snowballed to HK$4 million.

Subsequently, Firm A sued its ex-client to seek to recover the sums due under the various bills totaled HK$4 million and succeeded in obtaining default judgment against Client A for the sum of HK$4 million plus interest.

Can Firm A enforce the judgment against Client A on the strength of the default judgment by virtue of a charging order on the HK$5 million payment into court?

To this vexed question, the Courts in Hong Kong and England have recently and respectively provided the same affirmative answer after navigating through a maze of seemingly conflicting decisions: 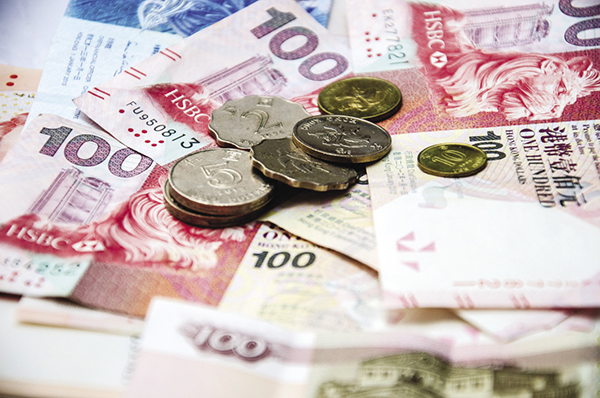 Acting swiftly, the plaintiff solicitors issued enforcement proceedings against the two defendants. Incidentally, Mr. Chris Au has previously issued another action under HCA1285/2014 and because of non-ordinary resident status, was ordered by Registrar Lung on 22 April 2016 to furnish HK$2 million into court as security for costs. Mr. Chris Au’s subsequent appeal against that order failed and was dismissed on 25 November 2017. Mr. Chris Au borrowed the sum of HK$2 million from his brother (and his company named Riot Company Limited) and paid the sum into Court.

Under HCA3030/2015, the plaintiff solicitors applied for a charging order against Mr. Chris Au in respect of the remainder of the HK$2 million payment into court (i.e. HK$1,632,000). Master Ho granted a charging order nisi over those funds in court.

Mr. Chris Au appealed and argued that once he made the payment into court, it no longer belonged to him beneficially and Master Ho therefore wrongly made the charging order nisi. His appeal was heard before Mr. Justice Godfrey Lam (“the Judge”) who dismissed it in a reserved judgment.

“… whether a charging order may be imposed on money paid into court by the judgment debtor as security for the costs of a defendant in a different action”?

The Judge noted that there was a dearth of authorities on this question and turned to the first principles. The “building blocks” to the Judge’s careful analysis were essentially these:

“… a plaintiff may be said to have some interest, albeit contingent, in the funds in court”;

“The money in court has not ceased to be the property of the bankrupt but the plaintiff in the action has acquired the right to treat it as security for his claim. The right of the plaintiff is thus analogous to having an equitable charge on the money …

Therefore if this money had been paid into court to the credit of the present actions the position in my judgment would be that the money remained the general property of the defendants but was charged with whatever may be found to be the liability of the defendants to the plaintiffs (at p. 1128E)”;

95. That interest in administration, or deemed interest in the fund, is one that the courts recognise and that (in the example under consideration) the plaintiff can charge. Through the plaintiff’s deemed interest the chargee will also have an entitlement to apply for proper administration of the fund and for an order for payment out. While it may be the case that the plaintiff does not have a property interest in the fund in specie, so that it cannot technically charge a property right in funds in court but only charge future property, that is what it ultimately receives if and when funds are ordered to be paid out of court to it, the entitlement to proper administration and to what it is treated by the court as owning is something that the court recognises. The court will also recognise a charge in relation to such rights and interest ...”;

When the Judge handed down the decision in the Herbert Smith Freehills’ Case and unbeknown to the Judge and the parties, the liquidators in the Peak Hotels Case had further appealed to the English Court of Appeal and argued before it on 21 June 2018. The liquidators argued that what had been said by Hobhouse J in the Halvanon’s Case was (at most) obiter and that case was (in any event) wrongly decided.

On 16 October 2018, the English Court of Appeal unanimously dismissed the appeal of the liquidators in the Peak Hotels Case. Sir Colin Rimer framed the issue as: “Did Peak have a proprietary interest in the money it paid into court”?

His Lordship reviewed many of the relevant English (and Australian) authorities and (in particular) the reasoning of Hobhouse J in the Halvanon’s Case and ruled that the answer was yes.

Drawing all the threads together and reconciling the previous English authorities (His Lordship held that the Australian authorities including the case of JKB Holdings Pty Ltd. v de la Vega [2013] NSWSC 501 were unhelpful and could provide little assistance), Sir Colin Rimer concluded forcefully thus:

“86. In my judgment, the current of that authority flows firmly in favour of Candey and against the liquidators; namely, that the payer of money into court by way of providing security for the two purposes for which Peak paid in its money retains its property in the money, although of course (a) such interest is subject to the security interest that the payment gives to the defendants, and (b) the ultimate payment out of the money to one or other party (or both) is dependent on the making of a court order”.

Any contrary decision will (according to Sir Colin Rimer) cause great injustice and confusion akin to a lottery:

“88. … In, for example, a case in which money is paid into court by way of security for a defendant’s costs, such destination will be a simple binary choice: if the defendant wins, and recovers costs, he will be entitled to the money, or part of it; subject to that, it will be paid back to the claimant. Some cases may be more difficult, and even the seemingly easy cases might become so. But the ultimate destination of the money is not dependent upon anything akin to an unpredictable judicial lottery. In the light of the outcome of the litigation, it will in most cases be obvious what payment out orders the court ought to and will make”.

On the basis of the above, it is opined by this author that in terms of local jurisprudence, there is no divergence in the judicial thinking on the HKSAR case law and English case law as they speak with one voice – a payment into court belongs “beneficially” to the party who made the payment into court and the relevant solicitors would be entitled to obtain a charging order on that fund in court by way of enforcing any monetary judgment against its ex-client (who furnished the payment into court).

As disclosed in the judgment of the Judge, there is one particular procedural step which should be taken; namely, that before making the application for a charging order against the ex-client, it is of paramount importance to ascertain whether the party (in whose favour) the payment into court was made would be objecting. In the Herbert Smith Freehills’ Case, the plaintiff solicitors consulted the defendant in HCA1285/2014 (a Mr. Kim) who indicated to the Judge that he would not be objecting to the charging order to be made on the payment into court.

As the saying goes, “forewarned is forearmed” and in view of this development in local case law, Hong Kong solicitors would be equipped with yet another potentially useful and potent weapon against their ex-clients who refuse to pay the outstanding legal fees. 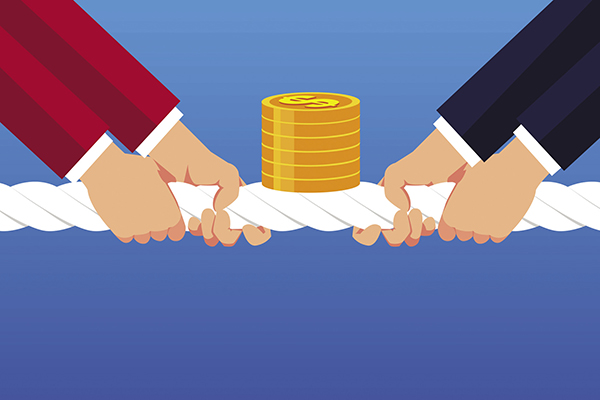