#Me Too in the Office – Workplace Misconduct in the Spotlight 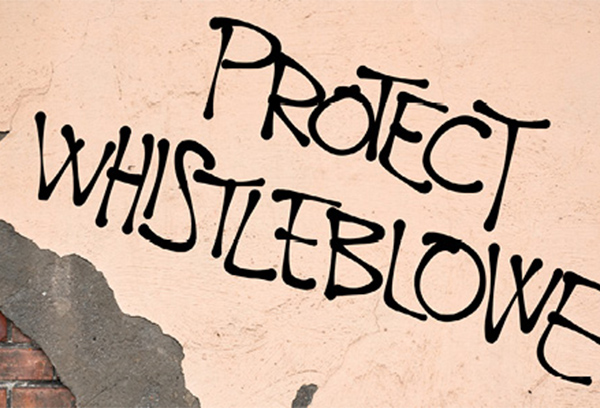 Employee misconduct and fraud can encompass a wide range of activities, from absenteeism at one end of the scale, to the other end of the scale, insider dealing, theft and financial statement fraud. Such conduct transgression often goes undetected, and only being highlighted by the occasional whistle-blower or if the employer has robust internal controls.

As attention is focused on what is “appropriate” in terms of workplace behaviour, in the wake of the #MeToo movement, employee conduct transgression is increasingly under the spotlight of financial institutions and their regulators. Conduct, culture and accountability are more than ever the watchwords for corporate life.

There have been several high-profile incidents internationally that have drawn attention to misconduct or the appearance of misconduct in the workplace. In March 2017, Charlotte Hogg, a former Chief Operating Officer and Deputy Governor of the Bank of England, resigned after being accused of failing to disclose the fact that her brother worked for Barclays, an institution regulated by the Bank. Ms Hogg stepped down after the UK Parliament’s Treasury Select Committee criticised her for failing to disclose the conflict, saying her conduct “fell short of the very high standards required.” Whilst there was no evidence that she had deliberately concealed her brother’s position, it was noted that she had failed to comply with the relevant code of conduct for years despite receiving many procedural reminders to do so. The code, which Ms Hogg had been responsible for implementing, set out standards of governance for the Bank that were commensurate with those standards of the institutions it was regulating.

There are also the classic forms of insider dealing. A novel twist came about in August last year, when it was revealed that a technology consultant of a prominent investment bank had been passing insider information to the father of his girlfriend. The information included information about mergers and acquisitions that were yet to be announced and which the older man traded on. Acting US Attorney Joon Kim was reported as saying, “the defendants took advantage of an insider at an investment bank to make millions in illegal profits, trading more than 50 times in advance of confidential corporation information.” Five other men who also traded on the information were arrested in California, Florida and New Jersey, accused of making around US$5 million from the scheme.

In Hong Kong, abuse of sick leave is particularly acute during the festive seasons. Whilst there is no reason to question legitimate sick leave, difficulties arise where there are repeated unexplained absences. Often, the unexplained absences occur on a Monday or Friday, or on either side of a public holiday. The cost of absenteeism to a business can be substantial, with businesses having to take on additional cover and use temporary labour. The morale of colleagues can also be affected when a particular employee is known to be abusing their position in this way.

One way of tackling abuses is to make channels available for employees to report conduct transgression in confidence. Unlike many other countries, there is no comprehensive legislative regime in Hong Kong that offers protection to whistleblowers. Instead, there is a patchwork of different provisions under various laws that offer protection to whistleblowers from dismissal or the threat of discrimination when they make a disclosure. Where a disclosure is made in relation to corruption, bribery of the proceeds of drug trafficking, employees are protected from dismissal. Similarly, an employee who makes a disclosure or complaint under any of the Hong Kong anti-discrimination ordinances also benefits from protection.

Cultivating a culture that has zero tolerance to employee fraud and misconduct is essential to eliminating the “bad apples”.

Board members and senior management should be seen to be putting into practice the company’s code of ethics and anti-fraud policy. Companies should also update their fraud response plan at regular intervals. The plan should be widely available within the company to underline the value that management places on a clean corporate culture.

In straightened economic times, no business can afford to jettison five per cent of revenue through misconduct, fraud or malpractice. The key to dealing with employee misconduct and fraud in the workplace is to have rigorous policies in place and create a clean corporate culture that encourages employees to blow the whistle on colleagues who misbehave.