Leung Chun Kwong v the Secretary for the Civil Service and others – Lovers in a Dangerous Time: Common Law Protection of Human Rights 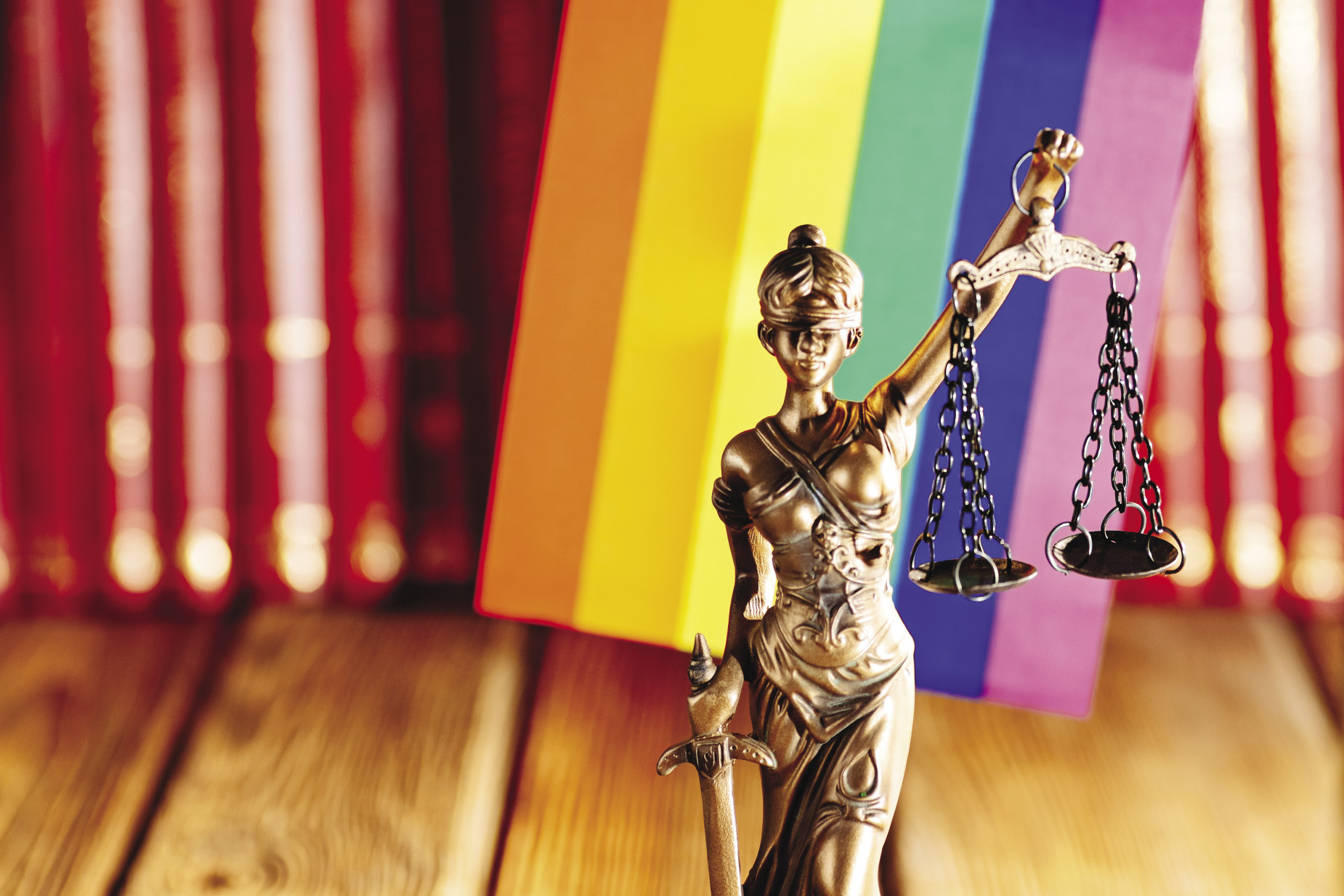 On 6 June 2019, the Court of Final Appeal handed down a historic judgment in Leung Chun Kwong v the Secretary for the Civil Service and others (“the Angus Leung Case”). In addition to advancing equality for the LGBT+ community in Hong Kong, the landmark decision also demonstrated the common law’s protection of minority rights.

Mr. Leung is a Hong Kong Permanent Resident who works in the civil service. In 2014, he married his husband in New Zealand (where same-sex marriage is legal) and a formal marriage certificate was issued. Under Hong Kong’s Civil Service Regulations (“CSR”), civil servants are entitled to various medical and dental benefits which are also extended to their family members, including their spouses. However, given that same-sex marriage is not recognised under the laws of Hong Kong and by the Government of Hong Kong, Mr. Leung’s right to update his marital status and his husband’s right to access spousal medical and dental benefits under the CSR were denied. In response, Mr. Leung lodged a complaint to the Secretary for the Civil Service (“SCS”).

Mr. Leung also lodged a complaint to the Inland Revenue Department (“IRD”) after being disallowed to enter his husband’s name on his jointly assessed income tax return The IRD later refused his paper election for a joint assessment of tax with his husband on the basis that Mr. Leung’s husband was not recognised as his “husband” for the purposes of the Inland Revenue Ordinance (Cap. 112) (“IRO”).

Mr. Leung launched his legal proceedings on Christmas Eve in 2015. After four and a half years of challenges, the Court of Final Appeal ruled unanimously in favour of Mr. Leung for the following reasons:

1. Mr. Leung’s marriage has the same characteristics of publicity and exclusivity as a different-sex marriage, thereby distinguishing them from a mere relationship. With respect to financial spousal benefits, the Court was satisfied that a same-sex married couple is relevantly analogous with a different-sex married couple.
2. There is no rational connection between denying employment and tax benefits to Mr. Leung and the aim of protecting or not undermining the traditional marriage in Hong Kong. Second, it is circular logic to justify the restriction of these benefits to different-sex married couples simply because it is the only form of marriage recognised under Hong Kong law. Furthermore, it uses the fact that the couple has a different sexual orientation from others as the very justification to deny them equality, despite it being relevantly analogous with different-sex marriage. The rationality of the spousal benefit and tax decisions is further undermined by the SCS’s own equal opportunities employment policies and the fact that the IRO does not aim to promote marriage as defined under Hong Kong law since, to give one example, it also recognises polygamous marriage.
3. Administrative difficulty is not a rational justification for the differential treatment of Mr. Leung and his husband as they are able to produce the marriage certificate to distinguish themselves from a mere unmarried relationship.

The Angus Leung decision is a cause for celebration by the LGBT+ Community and Hong Kong as a whole. The judgment is founded upon previous jurisprudence in the area. In particular, the legal principles laid down in the QT case had a significant influence in Angus Leung. As in QT, the Court ruled that unlawful discrimination is “fundamentally unacceptable” unless there is justification. This demonstrates that the right to equality has been a part of the core values of Hong Kong as well as being constitutionally safeguarded by Article 25 of the Hong Kong Basic Law, by Articles 1(1) and 22 of the Hong Kong Bill of Rights, and by common law. As argued by Mr. Leung, violations of the right to equality undermine the dignity of those affected and “breed... tension and discord in society”. In the absence of laws against sexual orientation discrimination, the Court’s decision on equality is especially crucial for protecting the rights of the LGBT+ Community. On various occasions, Mr. Leung has highlighted that he is not asking for privileges or special treatment. All he wants is acceptance, recognition, and equal treatment. As correctly pointed out by Chow J in the Court of First Instance, the same-sex couples cannot, or cannot be expected to, enter into a different-sex marriage. Their sexual orientation should not become an excuse to bar them from a life with dignity.

Angus Leung is a judicial review case challenging Government policies. Nonetheless, the results of this judgment benefit the private sector and embolden the social movement on LGBT+ rights. Going forward, it may be reasonable to expect that employers should maintain a consistent treatment towards their LGBT+ employees. In Angus Leung, the Court of Final Appeal noted that the Government has been branding itself as an equal opportunities employer and has adopted a “Code of Practice against Discrimination in Employment on the Ground of Sexual Orientation”. Therefore, the Court found it difficult to see how the Government can adhere to the published employment policies dedicated to the elimination of discrimination on the ground of sexual orientation by denying to married same-sex couples the same employment benefits that are available to married different-sex couples. Taken at its highest, the judgment raises the question of whether representations from a company in relation to equal opportunities protection could amount to an implied term in an employment contract and thereby become actionable via tort or contract. However, in the absence of the anti-sexual orientation discrimination law, it may require more time to implement the Angus Leung judgment in private laws.

For human rights in Hong Kong

The Court of Final Appeal reinforces important principles that the absence of a majority consensus as a reason for rejecting a minority’s claim is being inimical to the protection of fundamental rights. As stated in the Court of Appeal judgment, Poon JA relied on a survey which indicated (at the time) that the majority of Hong Kong citizens are firmly against same-sex marriage and regards different-sex marriage as the only acceptable form of marriage. On this basis, Poon JA agreed that there are no empirical grounds for the Government to reconsider its policies to extend spousal benefits to a civil servant’s partner under a same-sex marriage.

It has been a long-held position of the Hong Kong Courts and the common law that the protection of minority rights should not be swayed by majoritarian views of the day, but be instead grounded in legal principle. For example, in the judgement W v Registrar of Marriages [2013] HKCFA 39, the Chief Justice and Ribeiro PJ held that:

“… There is, moreover, a more fundamental objection to the consensus argument… However, it is one thing to have regard to such changes as a basis for accepting a more generous interpretation of a fundamental right and quite another to point to the absence of a majority consensus as a reason for denying recognition of minority rights…”

In the same judgment, Bokhary NPJ ruled that:

“… One of the functions – perhaps by far the most important one – of constitutionally guaranteed human rights is to protect minorities… The greatest and most urgent need for constitutional protection is apt to be found among those who form a minority, especially a misunderstood minority.”

Reinforcing such basic legal principle by the Court of Final Appeal in Angus Leung was therefore vital to human rights protection in Hong Kong. The Court held:

“… therefore that the “prevailing views of the community on marriage” as identified by Poon JA, even if this can confidently be gauged in the first place, are simply not relevant to a consideration of the justification exercise.”

Had the Court of Appeal’s judgment not been reversed, a dangerous precedent would have been set in which the Courts unlawfully incorporate majoritarian views into their decision-making process.

Human rights are universal, regardless of the person’s background, nationality, status, sexual orientation, gender identity, political and religious beliefs etc. Unfortunately, human rights and the protection of human rights are still being considered by some as foreign concepts which do not fit into this Chinese-dominant society. This is particularly so in Hong Kong’s present political climate. Whether in the debate regarding LGBT+ rights, or in the advancement of other fundamental rights such as freedom of speech and right to vote, the opposition always claims “the Society is not ready” as a delay tactic. Angus Leung reminds the Society that, in the protection of minority’s rights, there is no need, and no time, to wait for the Society “to be ready”. No delay in implementing such protection is acceptable. As long as it is legally correct to do so, protection for the minority’s rights shall never be compromised for the majority. It should be the duty of a properly-functioning Executive and Legislature to duly reflect the consensus of the majority of the society in the policy making and the enactment of laws, while the Judiciary’s role is to review the constitutionality and the legality of the public policies and laws. Such separation of powers could prevent the minority being unfairly marginalised by the dominance of the majority. The continuing role of the Courts of Hong Kong in performing such duty and protecting the human rights enjoyed by the Hong Kong people now is exceptionally prominent in these historic times.

Like cases should be treated alike. This well-accepted public law principle is still a dream for the LGBT+ community in Hong Kong. They often go all the way to a foreign jurisdiction, where their love and relationships are appreciated, to make the same solemn and sincere commitment to their spouse as their different-sex counterparts. When they come home they still have to face the demeaning broad-brush rejection of their love and commitment. Mr. Leung has reflected that these judicial review proceedings were a long and stressful journey for him and his family. They sacrificed their time and resources for the betterment of our hometown. These sacrifices should be greatly appreciated by the entire Society as they are not obliged to do so. Unless the Government is made to take responsibility to review and amend all discriminatory legislation and polices (which they should have done earlier), the burden to fight for LGBT+ rights continues to rest on the shoulders of courageous litigants like Mr. Leung. 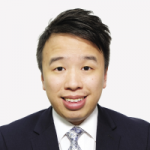 Mr. Chan is an associate at Daly & Associates. Educated and legally trained in Hong Kong, Mr. Chan’s local upbringing is the reason for his vast interest in local events. He practises in a diversity of legal areas with a specialty in LGBT+ and anti-discrimination law. Mr. Chan has been involved in landmark human rights litigation, including the CFA case of Leung Chun Kwong. Mr. Chan also serves as an advisor to HK Marriage Equality and has spoken out on LGBT+ issues in local media and public seminars.

Mark Daly is the principal of Daly & Associates. With 20 years of public law experience and an LLM in Human Rights Law, Mr. Daly has taken on a variety of landmark human rights cases. These include the CFA cases of Prabakar and “C”, which paved the way for the implementation of the Unified Screening Mechanism. Mr. Daly has also spoken at numerous international conferences and media outlets on human rights issues. More recently, Mr. Daly was the instructing solicitor in Leung Chun Kwong, a groundbreaking case on LGBT+ rights.