This month, we focus on current and historical borders and other geographical oddities.

1. Under the Convention of Peking, where is the border between Kowloon and the New Territories?

2. The border between North and South Korea was originally set at which parallel?

3. Yes or no: Has there ever been a land border between Japan and Russia?

4. What river serves as the principal land border between Hong Kong and the Mainland of China?

5. Which part of Russia borders onto Poland?

A. Belarus
B. Lithuania
C. Kalingrad
D. None of the above

6. What is the name of the exclave of the United States to the south of British Columbia in Canada?

7. Which of the following countries does not share a border with Russia?

8. Under international law, what was the status of the former International Settlement in Shanghai?

A. A colony
B. A concession
C. British sovereign territory
D. It had no special status

9. Which sovereign state is found in the centre of Rome, Italy?

A. Vatican City
B. Sovereign Order of Malta
C. The Roman Legion

10. Which country has sovereign base areas in Cyprus?

To be eligible to win a bottle of Ch. La Croizille 2007 from Global Vintage Wines Centre, please send your quiz question answers to cynthia.claytor@thomsonreuters.com. The first reader to respond with the most correct answers, with no more than 3 incorrect responses, will be deemed the winner. The decision of Thomson Reuters regarding the winner is final and conclusive. 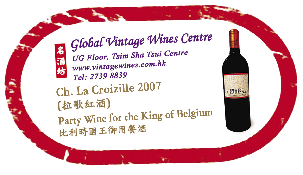 We would like to congratulate Aiden Lo, Trainee Solicitor, Lo & Lo Solicitors & Notaries Public, the winner of our Legal Quiz #42.