The Law Society devotes much effort in assisting our young members to broaden their international legal horizons and to build international connections. One way of fulfilling this objective is through the organisation of internship programmes between Hong Kong and overseas jurisdictions.

With the continual support of the Ministry of Justice of the Republic of Korea and the Korean Bar Association, the two-week Korean internship programme between Hong Kong and Korea was held for its 7th year during 8 to 23 January. This year, four Korean law students underwent their two-week internship training in local law firms, while one Hong Kong lawyer committed her internship training in Korea concurrently.

An orientation briefing and visits to the Independent Commission Against Corruption and High Court were organised by the International Legal Affairs Committee (“ILAC”), providing the Korean interns a better understanding of the Hong Kong legal system and services. The Korean interns also joined the Ceremonial Opening of the Legal Year 2020 at the City Hall on 13 January, in which they were able to mingle with the local legal practitioners. A farewell dinner was organised for the Korean interns and participating Hong Kong law firms on 20 January to conclude the programme. 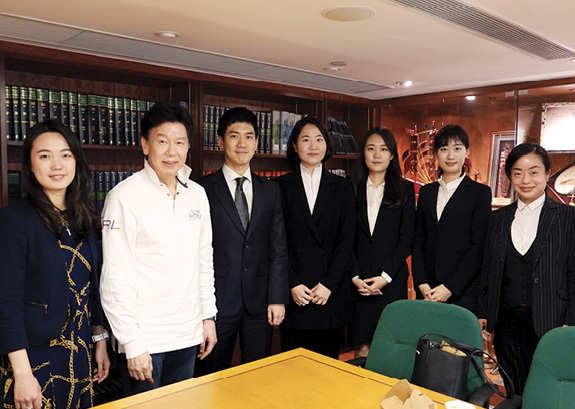