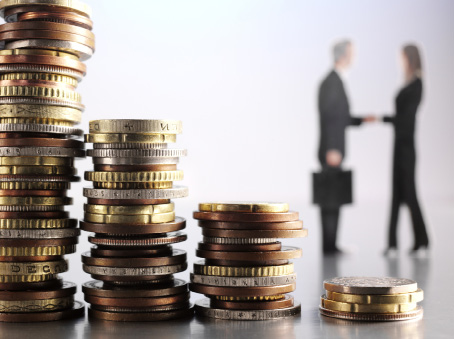 We wrote about this topic in our June 2015 Industry Insights (“Mis-selling Claims Update”). Those professional investors who have sought to recoup substantial losses as a result of alleged “mis-selling” practices by financial advisers have generally had a challenging time succeeding in the local courts.

Claimant investors have been unsuccessful in their claims against banks in large part because: (i) they have been professional type investors (in contrast to retail investors) who traded their investments by investing in high risk investments such as equity linked notes and forward accumulators; and (ii) the banks have been able to rely on their standard terms to argue they were acting on a execution only basis (not advising) or that these terms gave rise to a contractual estoppel.

In Li Kwok Heem, the plaintiff was a wealthy and educated professional individual (a former accountant in a large accountancy practice) who could be regarded as a professional type investor. Importantly, he was looking to invest in a suitable investment that would appreciate and pay a decent yield. He was not looking for high risk. The bank regarded him as a “balanced investor with an emphasis on capital appreciation”. On the recommendation of the bank’s investment team, in August 2005 the plaintiff invested a substantial sum of money into a hedge fund that by the end of 2008 turned out to be part of the infamous “Madoff” Ponzi scheme. The investment proved worthless. The fund had a relatively low “risk rating” of 2*.

Importantly, the court also found that the bank’s standard disclaimer (in its risk disclosure statement) did not give rise to a contractual estoppel such that the bank could argue that it was only an intermediary and acting on an execution only basis. The wording of the disclaimer appeared to apply to higher risk investments of the type seen in other recent failed investors’ lawsuits. However, in Li Kwok Heem, the investor was not looking for high risk.

For good measure, the court also found that the disclaimer provision in the bank’s risk disclosure statement failed to satisfy the test of reasonableness in the Control of Exemption Clauses Ordinance (Cap. 71) or the Misrepresentation Ordinance (Cap. 284), although it was not unconscionable.

The court’s findings as to the bank’s advisory role and the inapplicability of contractual estoppel (on the facts) are noteworthy and reflect not just the evidence in Li Kwok Heem but the reality that many financial advisers do recommend investment products.

However, in Li Kwok Heem, the plaintiff ultimately failed in his claims (misrepresentation, negligence or the implied term as to reasonable care and skill) because the court found that, based on evidence of industry standards at the time, the bank had not acted negligently in failing to discover that the fund in which the plaintiff had invested was part of a Ponzi scheme. In the absence of anything untoward, the bank was entitled to rely on and had relied on the audited financial statements prepared by the auditors and the fund manager.

Ultimately, the bank was found to have acted with reasonable care and skill. However, the inroads the plaintiff was able to make into the bank’s reliance on its disclaimer and contractual estoppel will not go unnoticed in the market. This is also reflected in the court’s costs order, with the plaintiff being ordered to pay only 50 percent of the bank’s costs. That is still a sizeable costs bill. The case commenced in 2010 and the trial appears to have lasted approximately 10 days. At the time of writing, there is no news of an appeal but it will be interesting to see if the plaintiff is able to find the resources to go one step further to the Court of Appeal (including, providing security for costs). Li Kwok Heem raises issues deserving of appellate court attention, further to Field v Barber Asia Ltd [2004] 3 HKLRD 871 (CACV No. 194/2003, an appeal arising out of HCA No. 7119/2000).

* By way of illustration only, a low to medium risk to capital with moderate price fluctuations (but no guarantee).

Readers may have their own views of these types of risk ratings bearing in mind, for example, that the fund in question was a hedge fund that appears to have been managed by a single fund manager.