“The trap had a ghastly perfection”
- Stephen King, The Gunslinger

China’s economic power has surpassed market expectations in the past decades. The World Bank shows China’s GDP growth from US$1.2 trillion in 2000, to US$13.2 trillion in 20171, amongst other indices of the country’s economic development.

China’s economic miracle is to a certain extent dependent on foreign direct investment (FDI). The majority of China’s FDI inflows is directed through China’s Special Economic Zones (SEZs). SEZs offer significant tax flexibility along with other incentives to foreign investors. According to the World Bank Group, SEZs are responsible for 22 percent of China’s GDP, 45 percent of total national foreign direct investment, and 60 percent of exports3.

Despite the various investment incentives offered by SEZs, China is considered to be a relatively high sovereign risk destination for foreign investment due to the risks of adverse regulation, expropriation, nationalisation, denial of justice, and other forms of undue government interference4. These risks are particularly high in China’s SEZs, where the concentration of foreign direct investment is the highest.

China’s first SEZs were established in 1979-1980 at Hong Kong’s doorstep – in what were then sleepy provincial towns of Shenzhen, Zhuhai, and Shantou. That was followed by a SEZ in Xiamen in Fujian Province, and a SEZ on the Hainan island.

The hallmark of these first SEZs was that in these areas, the local governments were allowed to offer tax incentives to foreign investors without Beijing’s authorisation5. As a result, these four cities have become an epicentre of economic growth for China in the decades to come. Shenzhen’s population alone grew from 30,000 in 1979 to over 12,000,000 in 20186. By mid-80s, only a few years into their existence, the first SEZs accounted for more than 59 percent of China’s FDI7.

Contemporary FDI is particularly vulnerable to the risks of adverse legislation, environmental regulations by the host States that might make investment less economical, and other forms of government interference that do not constitute outright taking or direct expropriation.

With extraordinary FDI concentration in SEZs, a question arises whether foreign investment in SEZs benefits from the same international law protection that is typically available to foreign investors elsewhere in China under bilateral or multilateral investment treaties or under China’s free trade agreements.

Investment protection mechanisms typically guarantee fair and equitable treatment of foreign investment, full protection and security, expatriation of investment returns, and a number of other substantive protections. Investment protection mechanism allows a foreign investor to bring its dispute with the host State out of the domestic courts of the host State and before an international investment tribunal, and to claim compensation for lost investment before a neutral quasi-judicial body. These protections, and in particular the ability to claim compensation in an international forum, significantly decrease sovereign risks and thus make foreign investment in volatile jurisdictions cheaper and more predictable. 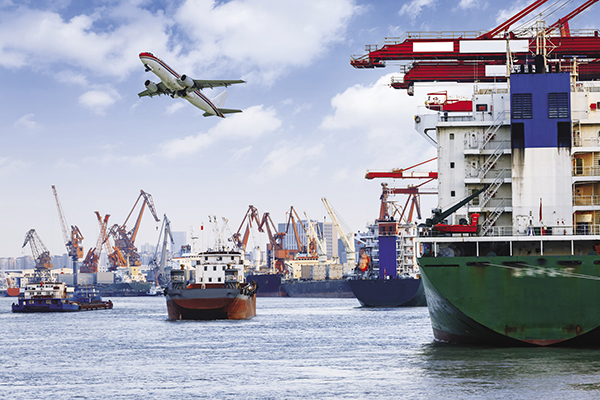 Three and a Half Generations of Chinese BITs

China maintains a network of over 140 bilateral investment treaties and 23 multilateral treaties with inbuilt investment protection provisions. China is also a party to 21 investment-related instruments10.

China’s numerous bilateral investment treaties (BITs) were negotiated at difference stages of China’s economic development. The first generation Chinese BITs was concluded in 1982-1989. These BITs dispute resolution provisions are limited to determining the amount of compensation for expropriation, thus preventing (in most cases) foreign investors from bringing their disputes that do not concern the amount of compensation to investment treaty arbitration. On the other hand, the first generation of China’s BITs shields host States – China in this case - from most investor-state disputes unless they relate to the amount of compensation for expropriation.

The second generation of China’s BITs offer ICSID as a dispute resolution forum, but the scope of the BIT’s dispute resolution provisions is still limited to disputes concerning the amount of compensation for expropriation. These BITs offer limited protection to foreign investors, for the same reason11.

The third generation of China’s BITs (1998 – present) no longer contains “the amount of compensation for expropriation” wording, and as such, allows for much stronger international law protection.

China is in the process of negotiating a treaty that is likely to open the fourth generation of China’s BITs. This is China’s bilateral investment treaty with the EU. Unfortunately, the treaty negotiations are kept strictly confidential, so predicting the content of this forthcoming mega BIT would be a guess work at this stage12.

China’s treaties remain silent on whether they apply to China’s Special Administrative Regions (SARs) – and incidentally, to China’s SEZs.

The applicability of Chinese treaties to China’s SARs had to be argued before an international tribunal13. Fortunately, there has been no indication that the treaties might not apply to SEZs. Indeed, China’s SARs enjoy a high degree of autonomy, including the autonomy to conclude their own investment treaties. SEZ’s autonomy, on the other hand, is limited to adopting local targeted legislation that allows for investment incentives. SEZs do not have the autonomy or the authorisation of the Central Government to enter into investment treaties with foreign states. There appears to be no doubt that SEZs are the “territory of China” within the meaning of China’s investment treaties14.

Another important question that might affect the price of FDI in China’s SEZ is whether adverse government measures such adverse legislation, revocation of licences and concessions, and other undue government interference, may constitute compensable taking under China’s treaties, and whether such unlawful acts of the SEZ administration might engage the international law liability of China as a State.

Lee Jong Baek v Kyrgyzstan is one of the rare investor-state disputes in Asia where a foreign investment project in a SEZ was at the heart of the dispute.

In that case, an investor from South Korea – Mr. Lee Jong Baek – and his investment vehicle - Central Asia FEZ Development Corporation - launched an investment claim against the Republic of Kyrgyzstan under the CIS Convention on the protection of investor’s rights of 28 March 1997 (the Moscow Convention).

His investment project began to sour in 2006, when the Bishkek administration revoked the lease agreement on which Mr. Lee’s investment was premised and terminated other associated investment arrangements.

In a dispute before an investment tribunal under the Moscow Convention, Mr. Lee alleged that through a series of measures, Kyrgyzstan effectively expropriated his investment, and that the expropriation was unlawful. He claimed over US$20 million in compensation for his lost project in the Bishkek SEZ.

The tribunal constituted to hear the dispute noted that at the time the investment was made, the SEZ legislation offered significant incentives to foreign investors. From 1999 to 2001, however, the legislation changed for the worse, eventually breaching Mr. Lee’s legitimate expectations and making Mr. Lee’s investment uneconomical16.

The tribunal also found that the acts of the Bishkek SEZ administration qualify as acts of an organ of the Government under the draft ILC Articles on State Responsibility17.

The Lee Jong Baek award gives hope to foreign investors in Chinese SEZ and in SEZs around the globe in that adverse regulation that changes significantly from the time the investment was made, may engage international law liability of the host State.

China’s economic miracle in the last several decades is premised to a certain extent on the establishment and operation of multiple SEZs, where the majority of FDI in China is concentrated. With that level of concentration of FDI, the scope of international law protection afforded to foreign investors in SEZ becomes of crucial importance, in particular when it comes to investor risk analysis and to the costs of investment.

Are SEZs a perfectly organised trap for foreign investors, leaving them to the vagaries of local courts and to the mercy of the SEZ administration in case of disputes with the local governments? In Stephen King’s words, are SEZs “traps of ghastly perfection”?

The latest investor-State case law suggests that SEZs public solicitation of foreign investment and open investor incentives may serve as a basis for investors’ claims if the foreign investment in SEZ is expropriated or if SEZs breach the investors’ legitimate expectations. It is likely that the acts of SEZs’ administration that negatively impact foreign investors may engage the host State’s international law liability.

On the Lee Jong Baek authority, foreign investors are not defenceless in China’s SEZs in cases of expropriation or undue government interference. If anything, foreign investors have better access to international investment protection in particular against breaches of their legitimate expectation and indirect expropriation, because the investment incentives offered by SEZs tend to be public and specific.

In other words, while there is no risk-free investment, SEZs are no more of a “trap” than any other territory in China. In terms of the costs of investment in particular when it comes to political risk insurance, given the public nature of investment incentives in SEZs, foreign investors are better off investing in SEZs than in the territories where incentives are less public and specific. 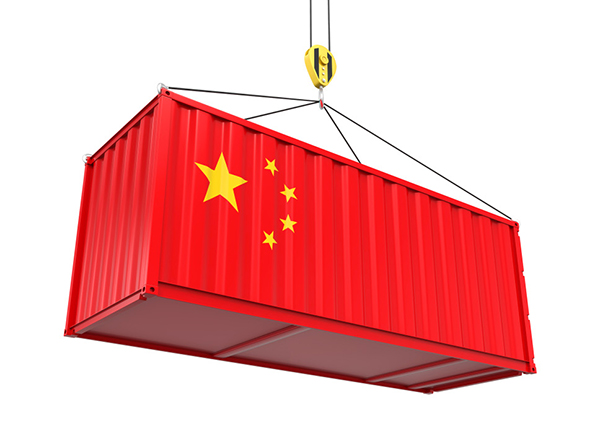 9 There are numerous studies either advocating in favour of correlation between the volumes of FDI and the number of investment treaties, or stating that no such correlation exists. See, for example, Mary Hallward-Driemeier, “Do bilateral investment treaties attract foreign direct investment? Only a bit - and they could bite,” Policy, Research working paper series; no. WPS 3121. Washington, DC: World Bank, available online at http://documents.worldbank.org/curated/en/113541468761706209/pdf/multi0page.pdf [last accessed at 7 July 2018]

12 Olga Boltenko, The rise of the RCEP: Regional Multilateralism and its Impact on the EU-China BIT, The Hong Kong Lawyer, 16 March 2018.

13 The applicability of China’s BITs to SARs was at the heart of an investment dispute between Sanum (a Macanese investor) and Laos in 2013-2018. Laos argued that the China-Laos BIT does not extend to Macau, and that for this reason, a Macanese investor is not entitled to engage the treaty’s investment protection mechanisms. The Singapore Court of Appeal, who had supervisory powers over that arbitration, ultimately decided that the treaty applies to Macao. At a press conference in October 2016, China’s Foreign Ministry Spokesperson openly disagreed with the decision of the Singapore Court of Appeal. She said: “[] as a principle, the investment agreements between the central government and foreign countries do not apply to SARs, unless otherwise decided by the central government after seeking the views of the SAR governments and consulting with the other contracting parties of the agreement.”

14 For example, the Australia-China BIT defines territory as “Territory in relation to a Contracting Party includes the territorial sea, maritime zone or continental shelf where that Contracting Party exercises its sovereignty, sovereign rights or jurisdiction.”

15 For example, the Shenzhen SEZ operates on the basis of multiple regulations that cover a number of vital aspects of investment activities - the Regulations of the Shenzhen Special Economic Zone and Land Management, Provisional Rules of the Shenzhen Special Economic Zone on the Resident Offices of Foreign Enterprises, on the Promotion of Financial Development, on the Cooperative Stock Companies, on Venture Capital, on the Encouragement of Overseas Chinese, Compatriots of Hong Kong, Macao, and Taiwan to Make Contributions to the Promotion of Education, and many others.

Editorial Note: This article is a write up of a speech delivered by the author at the FDI in Asia Forum in Hong Kong in March 2018. It will serve as a basis for a more detailed publication in the Forum materials. The views expressed in this article are not representative of the views of Fangda Partners. All mistakes are author’s alone.