Insolvency or Arbitration: Is It Time to Wind-Up the Tussle in the Court’s Standard of Review? 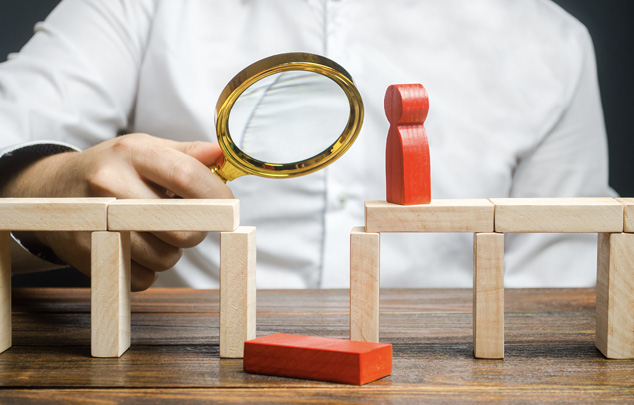 What will the Hong Kong Courts do when the debt upon which a winding up petition is based is subject to an arbitration agreement? The tension between insolvency and arbitration remains unresolved. At its core lies an inherent conflict between party autonomy to choose arbitration and the statutory right of creditors to invoke the insolvency jurisdiction of the Courts. There are inevitably competing interests and a need to strike a balance based on the circumstances of each individual case, but how have Hong Kong and other common law jurisdictions navigated this?

The Traditional Approach and the Shift Therefrom

Under what is known as the traditional approach, a debtor opposing the petition is required to establish to the Court’s satisfaction the existence of a “bona fide dispute on substantial grounds” rather than mere assertions, for the Court to exercise its discretion to stay the winding-up petition in favour of arbitration. There is no automatic stay in favour of arbitration solely on the basis of the existence of an arbitration agreement (Re Sinom (Hong Kong) Ltd., [2009] 5 HKLRD 487).

The triable issue threshold under the traditional approach has subsequently been replaced by the prima facie threshold in the English Court of Appeal’s Salford Estates (No 2) Ltd v. Altomart Ltd. [2015] Ch 589 (“Salford Estates”). According to the Salford Estates approach, in cases where the dispute in relation to the debt is governed by an arbitration clause, the English Courts should dismiss or stay the winding-up application in favour of arbitration, unless there are “wholly exceptional circumstances”.

In Re Southwest Pacific Bauxite (HK) Ltd, [2018] 2 HKLRD 449 (“Lasmos”), the Court of First Instance in Hong Kong adopted a prima facie threshold following the English decision of Salford Estates and added a requirement of procedural steps. In Lasmos, Harris J. held that the winding-up petition should “generally be dismissed” if the debt relied on by the petitioner is disputed by the company, the contract under which the disputed debt arose contained an arbitration clause covering the dispute relating to the debt, the company took the steps required under the arbitration clause to commence the contractually mandated dispute resolution process (which might include preliminary stages such as mediation) and filed an affirmation in accordance with Rule 32 of the Companies (Winding-up) Rules (Cap.32H) .

As a consequence of Lasmos, the Court no longer needs to be satisfied that there is a bona fide dispute on substantial grounds if arbitration proceedings are on foot. However, where the company does not have any claims against the petitioner, but merely disputes the debt, the company may be put in a position where it needs to commence arbitration to seek declaratory relief to confirm that no money is due and owing by it to the petitioner.

The Lasmos approach was cast with doubt in obiter by the Court of Appeal in But Ka Chon v. Interactive Brokers LLC, [2019] 4 HKLRD 85 (“But Ka Chon”). In But Ka Chon, Kwan VP expressed reservations regarding the Lasmos approach, which seemed to circumscribe the exercise of the Court’s discretion by requiring the petition to “generally be dismissed” upon the satisfaction of the three requirements, unless there are wholly exceptional circumstances. In the Court of Appeal’s view, the Lasmos approach appears to curtail the creditor’s statutory right to present a winding-up petition and requires the creditor to prove exceptional circumstances if the three requirements are satisfied. Nonetheless, the Court of Appeal being mindful of the possibility of the commencement of winding-up proceedings to circumvent the arbitration agreement, acknowledged that when the Court exercises its discretion, considerable weight ought to be given to the factor of arbitration. It was reiterated that if the Court is satisfied there is no bona fide dispute on substantial grounds, the discretion should not invariably be exercised in favour of the creditor.

Again, in Dayang (HK) Marine Shipping Co, Ltd v. Asia Master Logistics Ltd., [2020] HKCU 494 (“Dayang Marine”), DHCJ William Wong SC departed from the Lasmos approach and effectively preferred the triable issue threshold under the traditional approach. In that case, Asia Master (the debtor) had chartered a vessel from Dayang Marine (the petitioner), under a charterparty agreement. Dayang Marine presented a winding-up petition against Asia Master for the unpaid hire. Asia Master did not dispute that the hire remained unpaid, however, it raised an unquantified counterclaim relating to the breach of Dayang Marine’s obligations and asserted that the dispute is subject to an arbitration agreement. The Court sought supporting details to show that the counterclaim of the debtor is based on substantial grounds, similar to the test for deciding whether a debt is disputed bona fide on substantial grounds. The Court found that the debt was not disputed in good faith on substantial grounds and proceeded to make the winding-up order.

DHCJ William Wong suggested that the law should be stated as follows:-

“First, where a debtor-company intends to dispute the existence of a debt, he must show that there is a bona ‍fide dispute on substantial grounds. It should not suffice for the debtor-company to merely deny the debt. This test would apply in all cases whether or not the debt had arisen from a contract incorporating an arbitration clause.

Secondly, the existence of an arbitration agreement should be regarded as irrelevant to the exercise of discretion.

Thirdly, the fact that arbitration proceedings have commenced or would be commenced may be relevant evidence that there is a bona fide dispute. However, this ‍alone would not be sufficient to prove the existence of a bona ‍fide dispute on substantial grounds.

Fourthly, where the creditor-petitioner petitions in circumstances where it knows there to be a bona fide dispute over the debt on substantial grounds, it runs the risk of being liable to pay the debtor-petitioner’s costs on an indemnity basis. It would also be at risk of liability under the tort of malicious prosecution.”

The applicable threshold as stipulated in Salford Estates case has seen divergence across common law jurisdictions.

In AnAn Group (Singapore) Pte Ltd v. VTB Bank, [2020] SGCA 33 (“AnAn”), the Singapore Court of Appeal applied a prima facie threshold. Where a winding-up petition is based on a debt which was the subject of an arbitration agreement, the Singapore Court of Appeal held that winding-up proceedings would be stayed or dismissed “as long as (a) there is a valid arbitration agreement between the parties; and (b) the dispute falls within the scope of the arbitration agreement, provided that the dispute is not being raised by the debtor in abuse of the court’s process”. Unlike Salford Estates, the Singapore approach seeks to apply the standard of “abuse of process” as an exception rather than the standard of “wholly exceptional circumstances”.

In the Cayman Islands, in the recent case of Re Grand State Investments Limited, 28 April 2021, FSD 11/2021 (RPJ), the Grand Court struck out a winding-up petition as an abuse of process on the ground that the alleged debt was disputed on bona fide and substantial grounds. If a debt is disputed on genuine and substantial grounds in the Cayman Islands and that debt is governed by an arbitration agreement, the petitioning creditor must not be permitted to make improper use of the winding-up procedure. Moreover, citing Re Sphinx Group of Companies, Unreported, Cayman Islands Court of Appeal, 2 February 2016 and Re Times Property Holdings Ltd. [2011] 1 CILR 223 it was also held that in the event the petition had not been struck out, it would nonetheless be stayed in favour of arbitration. While the mere existence of the debt is not enough for the Court to stay the winding-up proceeding in favour of arbitration, the Cayman Courts need to be satisfied that there is a bona fide dispute on substantial grounds. In the Cayman Courts, as a starting point, the presence of an arbitration agreement and the associated party autonomy will be given due regard (as in the Salford Estates approach). The Cayman Courts would then also consider other factors to suggest bona fide and substantial grounds that would render it sensible to stay or strike out the winding-up in favour of arbitration unless the dispute is being raised solely to avoid winding-up.

In the British Virgin Islands (“BVI”), in the recent case of A Creditor v. Anonymous Company Limited, BVIHC (COMC), Jack J. expressly deviated from the English approach in Salford Estates. Jack J. remarked that it would undermine the policy of the Arbitration Act, 2013 if the debtor is required to show a dispute on substantial and reasonable grounds (especially where there are no other creditors). That said, it was added that the BVI Courts would examine if the proposed defence is advanced with any real belief in its substance, in other words, a bona fide dispute on substantial grounds. In that case, even though the arbitration proceedings had commenced, the BVI Court found that there was no real substance in the defence and appointed liquidators for the winding-up of the debtor company.

No approach is without loopholes, and it remains to be seen if the Court of Appeal will reformulate the Lasmos approach, particularly in view of the suggestions made in Dayang Marine, and when it would be given the opportunity to revisit this issue. In any event, both from Lasmos as well as from the observations in Dayang Marine, it is evident that where a debtor seeks to dispute a claim and dismiss or stay a winding-up petition on the ground that the debt is subject to an arbitration clause, steps must be taken to commence arbitration. 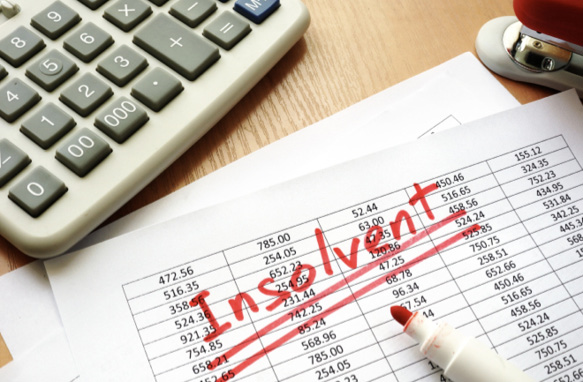 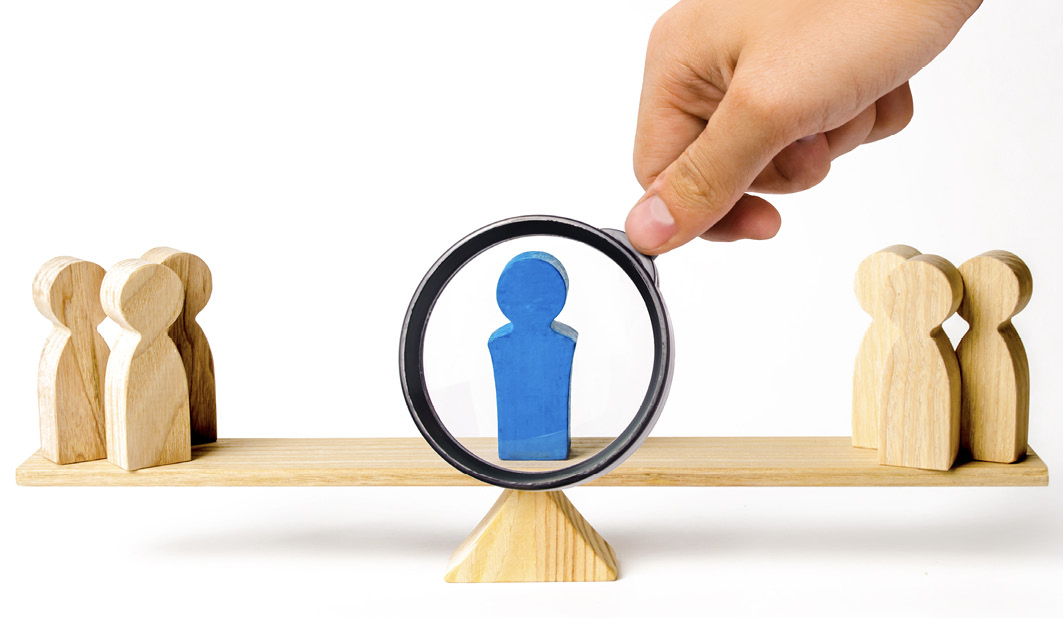 Felda joined the firm as a trainee solicitor in 2011 and was admitted as a Solicitor in Hong Kong in 2013. Felda has experience in commercial and civil litigation, with a focus on arbitration, contractual disputes and fraud investigations. Recent arbitration related work includes enforcing foreign arbitration awards in Hong Kong and defending applications to set aside arbitration awards. Recent litigation work includes assisting in large-scale cross-border actions worth in excess of HK$1 billion at both the Court of Appeal and Court of Final Appeal stage and obtaining various injunctions and urgent interim relief both in support of Hong Kong proceedings and in aid of foreign proceedings.

Kritika joined the firm in July 2019 and has previous experience in civil and commercial litigation.

Kritika handles matters in the employment practice as well as the commercial litigation practice.

She was awarded the University Gold Medal for B.A.LLB (Hons.) at the National University of Juridical Sciences, Kolkata, a premier law school in India. She also holds a Bachelor of Civil Law (BCL) degree from the University of Oxford (2018).