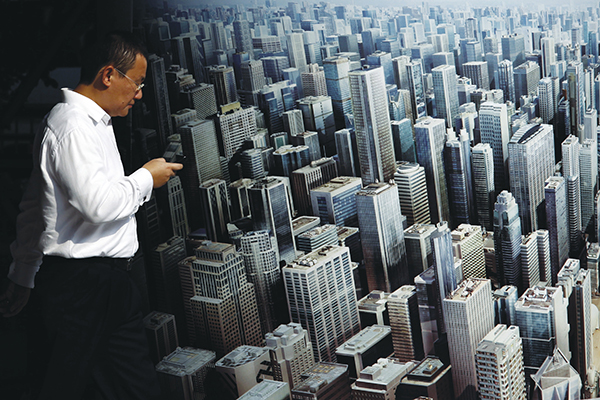 INSOL International Association of Restructuring, Insolvency & Bankruptcy Professionals is a world-wide federation of national associations for accountants and lawyers who specialise in turnaround and insolvency. The Board of Directors of INSOL has approved a set of model standard case management directions for an insolvent trust (“CMDs”), as proposed by the INSOL Technical Research Committee (the “Technical Committee”).

These CMDs are now being provided to a number of jurisdictions in the hope that they will be incorporated into civil procedure rules by Court issued Practice Directions, or adopted via legislative change.

The concept behind these CMDs was to create a flexible model form of directions for insolvent trustees when they initially come before the Court, encompassing any special directions necessary due to the nature of a trust. It is now suggested for use in multiple jurisdictions, and is being provided to key stakeholders, with the intention of working to standardise insolvency templates around the world and make insolvency procedures more universal and efficient.

A trust is not a separate legal personality so cannot itself become insolvent. This term is used as a shorthand reference to circumstances where a trustee has insufficient trust assets to meet the liabilities it has assumed in its capacity as a trustee.

These draft CMDs are proposed for use where that situation arises.

In these circumstances, it is necessary for the trustee to “wind up” the trust so as to realise and apply any assets towards payment of liabilities owed to third party creditors.

The principle of subrogation applies where one person, in this case the creditor, is put in the place of another, here the trustee, so that it can enforce the latter’s rights. In this context, the right which the creditor will wish to rely on to satisfy its debt, is the trustee’s right of indemnity from trust assets. This is of particular relevance in the context of trading trusts, as the corporate trustee of a trading trust may have very few or no assets of their own that are not held on trust.

In the event that the trustee is either insolvent or entitled to rely on an indemnity to the assets of the trust fund (whether by agreement or by statute), and there is a shortfall in the assets of the trust, the question arises as to what steps a trustee can take to wind up the trust so as to realise and apply the assets towards payment of liabilities owed to third party creditors.

Some, including the learned authors of Lewin on Trusts, suggest that, in these circumstances, the most appropriate step would be for the trustee to seek directions from the court. These CMDs attempt to provide a mechanism for so doing, and to address the further practicalities involved in the winding up of a trust.

Lewin suggests directions might need to be sought in respect of:

A similar approach was taken in the decision of the Jersey Royal Court, in the estate case of Re Hickman [2009] JRC 040. In that case, an executor applied for directions in respect of the procedure for dealing with the insolvent estate of a deceased person. The directions provided for the following provisions:

The Jersey Royal Court subsequently stated in the Representation of the Z Trusts 2015 (2) JLR 175 that in the case of an insolvent trust, it did not consider that a regime of the kind adopted in Re Hickman should always be followed, but rather that the court should be flexible in its approach, having regard always to the best interests of the creditors as a body, and taking into account the nature, number and type of creditor claims.

The court will also need to consider who is best placed to implement that regime, whether the trustee alone (assuming the role of “liquidating trustee” under the supervision of the court), the trustee with assistance of an insolvency practitioner appointed to liquidate the trust assets (who could handle the creditor claims adjudication process as a result of any perceived conflict on the part of the trustee against whom the claims are brought), or an independent insolvency practitioner appointed by the court (reducing the trustee to a bare trustee, similar to the court’s ability (rarely used) to appoint a receiver of a trust). In the Z Trusts cases, the court decided to follow the first option, to leave the trustees to conduct the winding up of the trusts under the supervision of the court, rather than appointing an insolvency practitioner, principally in the interest of costs, and indicated that this would ordinarily be the case.

These CMDs are intended to apply to the following scenarios:

These CMDs are a new idea in themselves, however there have been other attempts to create models, templates or best practice guides in the global insolvency and restructuring field, such as the Judicial Insolvency Network (“JIN”) Guidelines. It is hoped that CMDs will have a similar standardising effect.

The Hon. Mr. Justice Jonathan Harris, who sits as a judge in the Court of First Instance, Companies Court of Hong Kong, had a key role in developing the JIN Guidelines and it is therefore hoped that the Hong Kong legal and insolvency community will be willing to embrace these CMDs.

High on the agenda of the esteemed conference participants was the preparation of draft Guidelines to provide practical assistance for Judges and insolvency practitioners alike in dealing with difficult issues which cross-border insolvencies and restructurings commonly face.

This publication reported in an interview with Justice Harris in May 2017 that he considered the JIN Guidelines to have been drafted “with the aim of improving the efficiency and effectiveness of cross-border proceedings relating to insolvency or adjustment of debt opened in more than one jurisdiction (parallel proceedings) by enhancing coordination and cooperation amongst courts under whose supervision such proceedings are being conducted”.

The Hong Kong Lawyer in May reported Mr. Justice Harris as considering that it was likely that Hong Kong would adopt the JIN Guidelines, and in June 2017 they were adopted. It is therefore hoped that these CMDs will be afforded similar consideration.

The implementation of these CMDs would doubtless assist to cement Hong Kong’s position as a regional insolvency hub because it would make it a jurisdiction at the forefront of industry best practices.

These CMDs attempt to address the issues that arise for creditors when trusts, settlors or beneficiaries become insolvent.

These CMDs have been drafted to allow a practitioner to adopt and amend them as necessary in the particular circumstances. They are intended to provide a practical flexible roadmap allowing for amendments which may need to be considered in the context of each case and with reference to specific trust deeds and relevant legislation.

Ian specialises in restructuring, insolvency, shareholders’ disputes and contentious trusts and has extensive experience in cross-border and conflict of laws dilemmas. He has been involved in every major recent restructuring involving offshore entities in the region and some of Asia’s highest value contentious estate litigation.
Ian is consistently recognized as a leading lawyer in Chambers, Legal 500, Who’s Who Legal and Global Restructuring Review. He was also selected to appear in Citywealth’s Top 100 trust litigators in 2020 and has featured in ALB’s Offshore Client Choice List for the last five years. 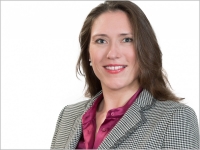 Lucy Hickmet is a member of the firm’s Litigation and Restructuring Department in Hong Kong, having joined the firm in 2013.

She has experience in general commercial litigation and practises in the areas of litigation relating to shareholder disputes, unfair prejudice claims and insolvency and restructuring; she has a particular focus on contentious trusts.

She is a contributor to Bermuda Commercial Law, the authoritative guide to Bermuda’s commercial laws.