The Notarial Profession – the Future

Practice as a notary is the oldest branch of the legal profession and dates back thousands of years. What does the future hold? Information technology and artificial intelligence are changing the world radically and forever. My son who recently found employment in London received sage advice from a friend who told him that he should go for a job which will be around in 15 years’ time! Undoubtedly, the notarial profession will be affected by technological change. It is happening already and we can already begin to see the seeds of the future profession.

The Hague Conference on Private International Law considered how technology could improve Apostille services. As long ago as 2003, there was a Special Commission on the Practical Operation of the Apostille Convention. The “spirit and letter of the Apostille Convention do not constitute an obstacle to the usage of modern technology and its application and its application and operation can be further improved by relying on such technologies.” These fine sentiments have been put into action by the Electronic Apostille (e-APP) Program. The e-APP Program has 2 components – the e-Apostille and the e-Register.

There is no requirement as to what technology an e-Apostille must use. It is up to each contracting state to determine how to actually implement the process. One of the more popular solutions is to make use of PDF technology. In New Zealand for example, a person applying for an e-Apostille there needs to deliver the paper documents to be certified to the New Zealand Government’s Authentication Unit. The Unit will scan the paper documents to produce a PDF, and then add a page containing the e-Apostille to the PDF. On that page, there will be a digital signature (in the shape of a red seal) of an Authentication Officer of the Unit.

When one clicks on the digital signature, the PDF viewing software will read the certification data embedded in the PDF file and display “Certified by Authentication Officer <authentication@egs.govt.nz>, Department of Internal Affairs, certificates issued by GlobalSign SHA256 CA for Adobe”. The PDF document is locked down so it cannot be modified (unlike most PDF documents we come across in our daily lives). Even if someone is to screenshot the digital signature and copy it onto another document, the certificate message (such as the one above) will not be carried over. The use of the e-Apostille comes with a number of benefits. First and foremost, it is fast and convenient and has lower operating costs.

The second component of the e-APP Program is the e-Register. It is an electronic register that the recipients of Apostilles can access online to conveniently verify the origin of the Apostille. An e-Register can be designed to provide records of both e-Apostilles and traditional paper Apostilles. It is essential in reducing fraud by allowing frequent and systemic verification of Apostilles. Secure Sockets Layer (SSL) Certificate or similar technology can be used for verification that an e-Register is in fact operated by the competent authority.

Fishing expeditions (i.e. attempts by users of e-Register to collect information about Apostilles that they have not received) can be prevented in different ways, such as numbering the Apostilles randomly, requiring users to enter the date of issuance of the Apostille in addition to the document number, and creating a unique link for the verification of each Apostille. CAPTCHA (a test requiring users to identify letters from a distorted picture) can be used to prevent automated bots from accessing the e-Register and harvesting the data on it.

Each component of the e-APP Program can be implemented independently. As of October 2018, there are over 200 competent authorities in 33 Contracting Parties of the Apostille Convention operating one or both components of the e-APP.

Hong Kong, being a Contracting Party to the Apostille Convention, has implemented the e-Register component since September 2014. A person who wishes to verify an Apostille issued in Hong Kong may do so by accessing the e-Register hosted on the Hong Kong Judiciary’s website. The person will be required to enter a randomly generated reference code printed on the Apostille to prove that the person is indeed the recipient of the Apostille.

However, as of the date of this article, the People’s Republic of China (“PRC “) is still not a Contracting Party to the Apostille Convention. Neither paper Apostille nor e-Apostille can be used directly in the PRC (although they can be used directly in Hong Kong and Macau who are Contracting Parties to the Apostille Convention). Documents issued in foreign countries must be first notarized and legalized by the competent authorities in that country, and then legalized by a PRC Embassy or Consulate in that country, before it can be used in the PRC.

There have been academic opinions suggesting the PRC accede to the Apostille Convention. Given the extensive international participation of China’s hugely important Belt and Road Initiative, it does make sense for the PRC to embrace Apostilles to make international commerce more efficient. On the hand, it may be said that allowing Apostilles issued by foreign authorities to be used directly in the PRC means giving up a certain degree of control on the actions of private businesses, which is not necessarily something the PRC is ready for right now.

These days, any article attempting to talk about the future cannot make do without mentioning blockchain, the technology powering Bitcoin which has received considerable media coverage in recent years. In simple terms, a blockchain is a distributed chain of electronic records. There is no centralized server storing or updating the chain. Every computer (called a “node”) connected to the blockchain holds an identical copy of the chain. Things can be added to the chain block by block (hence its name), and every new block will be propagated across the network to reach every node of the chain. To remove or change anything already on the chain, would need an immense amount of computing power to out-compute half of the nodes for a prolonged period, which is practically impossible, especially when the blockchain is widely distributed like the blockchain of Bitcoin. Thus, blockchain is often said to be “immutable”.

You may wonder how blockchain will be used in notary practice. However, the more appropriate question to ask is how blockchain is being used in notary practice, as there are already entities providing some elements of a notary service using blockchain technology. Granted, these entities are not registered notaries public, and the services provided by them are unofficial and have a very limited scope, but they do offer a glimpse of how the profession of notaries can make use of the blockchain technology.

Currently, such a service based on blockchain allows a user to prove that the user owns a certain document, and that the content of the document is such and such at a particular point in time. To use the service, a user has to upload the document to a service provider’s website. The website doesn’t actually keep the document. It only keeps a unique string of characters (called a “hash”) generated from doing complex mathematical calculation on the document. The hash is like the fingerprint of the document. Two identical copies of the same document will always produce the same hash, but if you change one word on the document, the resulting hash will be completely different. It is impossible to reverse the hash to see the original document.

Using blockchain to certify documents is fast, inexpensive and secure, and does not require trusting crucial entities (such as notaries public and governments). Although at the moment the use of blockchain for certification has not received legal recognition in most places, it is reasonable to expect increased recognition when blockchain gains more utility and starts entering the lives of each of us.

However, before notaries public start rethinking their career choice, it must be noted that blockchain so far only provides a very limited range of notary services – proving the content of a document at a point in time and proving ownership of a document. The job of a notary public often involves elements that are more “human” – is the signatory the person he/she is claiming to be? Does the person understand what he/she is going to sign? Is the person signing the document voluntarily? Perhaps some of them can be answered by biometrics or other technologies; perhaps some of them can only be answered by a trustworthy human. In other words, even today, the original function performed by notaries hundreds of years ago in ancient Rome still has a place. Long may it continue to be so. 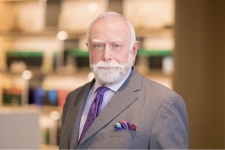