Furthering the “Underlying Objectives” and the “Golden Rule” 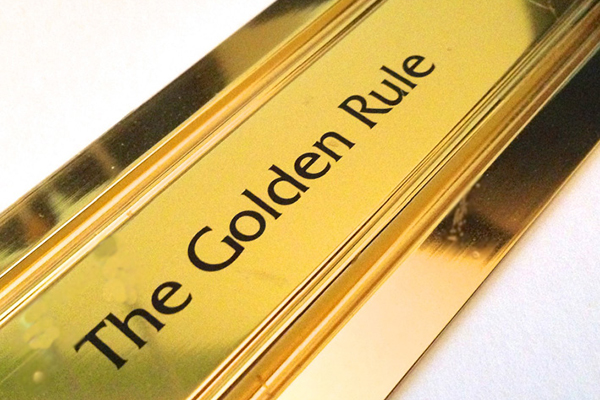 One aspect of reciprocity is to treat others as you would hope they would treat you. Sometimes known as the “Golden Rule”, the principle of reciprocity has been quoted in (for example) some ancient texts and in certain rules governing international relations. While “reciprocity” is not specifically mentioned in the wording of the “underlying objectives” of the Rules of the High Court, adopted in April 2009, it is arguably there in spirit.

Since April 2009, the courts in Hong Kong have from time to time handed down judgments reminding parties and their legal representatives of their duty to assist the courts in the furtherance of the underlying objectives of the civil court rules.

The first case concerned the parties’ apparent failure to agree a short extension of time, in circumstances that the Court of Appeal considered were unjustified. The second case concerned (among other things) a party’s submission of a court order for sealing despite a request by the other party’s legal representatives that the order should not be perfected pending a review by the court.

“Cost effectiveness”, “reasonable proportion”, “procedural economy” and “fairness” (among other principles) are mentioned in the underlying objectives of the court rules. These principles have statutory force and disobedience can attract sanctions. While “reciprocity” is not expressly mentioned it too sometimes merits consideration.

While endeavouring to obtain the best results for clients, practitioners are ultimately officers of the court and have a duty to assist the courts in furthering the underlying objectives of the court rules.