Hong Kong and Kazakhstan, each has been trying to establish its position as a financial power in the region and globally. The Central Asian country currently accounts for about 60 percent of the region’s GDP and has been actively expanding as a central player in recent years.

In 2015, Nursultan Nazarbayev, the first president of Kazakhstan, announced the nationwide plan “100 concrete steps” to comprehensively upgrade the status of the country. The Astana International Financial Centre (AIFC) was created under the programme, and it will become a full-fledged financial centre for the countries of Central Asia, the Caucasus, the Eurasian Economic Union (EAEU), the Middle East, Western China, Mongolia and Europe.

As of December 2019 about 350 companies registered at the AIFC from 30 countries of the world, including major investment banks such as Construction Bank of China, State Development Bank, China Gold Corporation (Hong Kong) and Wood & Co (Czech Republic). Kairat Kelimbetov, AIFC Chairman, expects that, by the end of 2020, the number of partner companies will increase to 500.

As the business grew, the AIFC established court and arbitration centre to create its legal ecosystem as an important part of business development centre. These institutions now have a strong network in Asia.

The memorandum of cooperations have been signed within the framework of the Hong Kong and China Arbitration Weeks. Leading arbitrators, mediators, lawyers and business representatives from more than forty countries were attending the two leading annual arbitration forums in Asia.

They also discussed future plans with key dispute resolution partners in Singapore, including the Singapore International Mediation Centre and the National University of Singapore.

Ms. Dohmann QC commented: “I am delighted to report that our International Arbitration Centre has found recognition by, and support from, leading international arbitration and mediation institutions in Asia as the new centre for the resolution of international and regional commercial disputes in Central Asia”.

She added that the signing of a memorandum of cooperation with new partners in Asia would ensure continued cooperation between countries and facilitate business development in Kazakhstan and around the world.

Mr. Campbell-Holt commented: “The memorandum of cooperations that our IAC Chairperson has signed in Asia provide exciting new opportunities for the IAC. We are committed to providing world-class dispute resolution for commercial matters in Kazakhstan and throughout the Central Asia region”.

He is confident that working with dispute resolution agencies in Asia and beyond will help provide long-term dispute resolution services. “Investors in Kazakhstan can be assured that their rights will be guaranteed in accordance with the most robust international standards of the rule of law,” he said.

The rules of procedure of the IAC are modelled on best international practice.

With more than 30 years of experience in international arbitration, Ms. Dohmann QC said: “The goal of IAC is to become a dispute resolution centre in Central Asia. Central Asia is vast, and the Kazakhstan land area is like the whole of Western Europe, but it has developed slowly in the past”.

IAC has a leading group of international arbitrators and mediators with experience in commercial arbitration and mediation in the fields of oil and gas, trade, construction, energy, financial services, banking, Islamic finance, insurance and intellectual property.

Ms. Dohmann QC started with shipping arbitration and then moved into insurance, general business and consulting. Born in Berlin, she is a renowned British commercial barrister and international arbitrator. She began her practice in law firms in England and Wales in 1973. Appointed Queen’s Counsel in 1987.

Ms. Dohmann QC believes that the rapid start of IAC depends on full sincerity and huge investment. In collaboration with Mr. Campbell-Holt, they “made rules based on the best practices of other existing international arbitration centres”. Her responsibilities at the IAC are very broad: “My job is to select candidates for the arbitrator group. It also includes business plans, promotion, public relations, staff, interviews and hiring, so the responsibilities are very wide”.

IAC’s arbitral awards are recognised and enforced both in Kazakhstan and internationally. Ms. Dohmann QC said, “Arbitration cannot replace the court, but is the main and appropriate mode of dispute resolution. Most people now choose arbitration instead of resorting to court. So, we develop arbitration and we also develop mediation”.

The IAC arbitrator team also includes mediators, and Ms. Dohmann QC is a CEDR-accredited mediator. “Our new service, arb-med, allows the parties to attempt mediation, if they are unable to settle their dispute through arbitration ,” she said. “If mediation fails, you can also return to arbitration. This is one of the features of the service we are promoting”.

IAC needs talent to meet the many service options. Ms. Dohmann QC said, “We are starting to develop these dispute resolution methods so that users can choose the most suitable one. We pay special attention to the language skills of the arbitrator panel members. Our arbitrators speak Chinese, Japanese, Russian and other European languages”.

At the same time, there is a great need for those with experience in construction, financial services or oil and gas. Given that China’s Belt and Road Initiative may promote AIFC’s business development, demand in these areas is high.

AIFC’s annual report states the main projects and achievements of the Centre for 2018-2019, “Although AIFC was established shortly, it has successfully established strong relationships with major Chinese institutions, international development banks and major financial institutions that have invested in the Belt and Road Initiative, such as Shanghai Securities Exchanges, Silk Road Funds, China Development Bank and China Construction Bank”.

“Consequently, we are looking for not only generalists but also professionals,” Dohmann added. She also believes that Islamic finance is a key emerging focus.

The opening ceremony of the IAC office building was held in July 2019 during the Astana Financial Day conference in the capital of Kazakhstan – Nur-Sultan.

The AIFC court also operates independently, and its rules of procedure are modelled on English common law and international practice.

The AIFC Court is separate and independent from the courts of the Republic of Kazakhstan. It consists of two courts: a Court of First Instance, which includes a specialist division known as the Small Claims Court; and a Court of Appeal.

The court has exclusive jurisdiction over disputes arising out of the activities and operations of the AIFC. The AIFC Court also has a jurisdiction in the case of other disputes in which all parties agree in writing. However, the Court does not have jurisdiction in relation to any disputes that are of a criminal or administrative nature. It applies the most up to date and efficient case management practices.

Mr. Campbell-Holt worked intermittently with Ms. Dohmann QC for nine years, and has been involved in the establishment of the legal infrastructure in Kazakhstan for approximately three years. According to him, the AIFC’s legal system is modelled on Dubai, Qatar and, to a certain extent, Abu Dhabi legal frames. Some parts of the English common law and international best practices selected by the legal advisory committee are being incorporated into the AIFC’s written procedures.

Mr. Campbell-Holt commented: “The law is aimed to cover as many business areas as possible, but does not cover criminal law or Kazakh administrative law, that is, traffic and immigration violations, etc., but covers the entire content of commercial law. As much as all laws, the law is a living instrument. We held regularly meetings to ensure that the law responds to the latest developments in commercial law and business needs globally, especially in Kazakhstan and Eurasia”.

From 2000 to 2005, he and the Chief Justice of England and Wales, The Rt. Hon. The Lord Woolf CH (currently Chief Justice of the AIFC Courts), were employed as principal advisers to establish an AIFC court in the form of a British common law court for Kazakhstan.

In addition to the court and IAC, Mr. Campbell-Holt also contributed to the development of the English common law legal system, which now applies to business operations within the AIFC. “When we set up a dispute resolution facility for the AIFC, we wanted to set up a one-stop dispute resolution service. At the request of the first president of Kazakhstan, we would like to provide a fully functioning and fully equipped court with the latest digital technology and the best common law judges in the English legal system. The second objective is to establish an institution (IAC) independent of the courts and other Kazakh organizations”, he stated.

This is to give the parties all options, whether or not they choose to go to court.

During the interview, both Ms. Dohmann QC and Mr. Campbell-Holt emphasised that the AIFC Court and IAC are independent legal entities.

Ms. Dohmann QC said “The government supports us and is committed to our success”. Mr. Campbell-Holt stressed that the AIFC Court has limited supervisory powers over the IAC arbitration awards,” he said.

Campbell-Holt said: “The AIFC Court and IAC have a close working relationship and friendship. However, they are absolutely independent and impartial. Their cooperation goes beyond promotion, staff and development projects. At the business level, I think it has made a specific expansion in enforcement of the arbitral decisions”.

Therefore, if you wish to enforce an arbitral award from the IAC in Kazakhstan, you may convert the award to an order of the AIFC Court and then execute the award normally.

Mr. Campbell-Holt said that in the first 10 months of 2019, more than a thousand contracts involving the Kazakh government and private groups
have included either AIFC Court or IAC model clauses, and the number is increasing.

“Any Hong Kong lawyer who provides consulting services to a company that wants to sign a long-term contract with the Kazakh government must seriously consider including our court and arbitration centre in the contract,” he said.

However, Ms. Dohmann QC guarantees that Hong Kong lawyers will not be unfamiliar. “They will be completely familiar with the environment because Chris (Campbell-Holt) explains, our court’s legal system is not only based on the common law in the United Kingdom, but the global common law,” she said.

There are other benefits to using AIFC Court and IAC. Campbell-Holt said, “We don’t charge any fees and provide the latest, most famous and distinguished arbitrators, mediators and common law judges. And we have first-class venues and support staff who have the best international training with the best international experience. We have started our business and look forward to more business contracts using our services”. 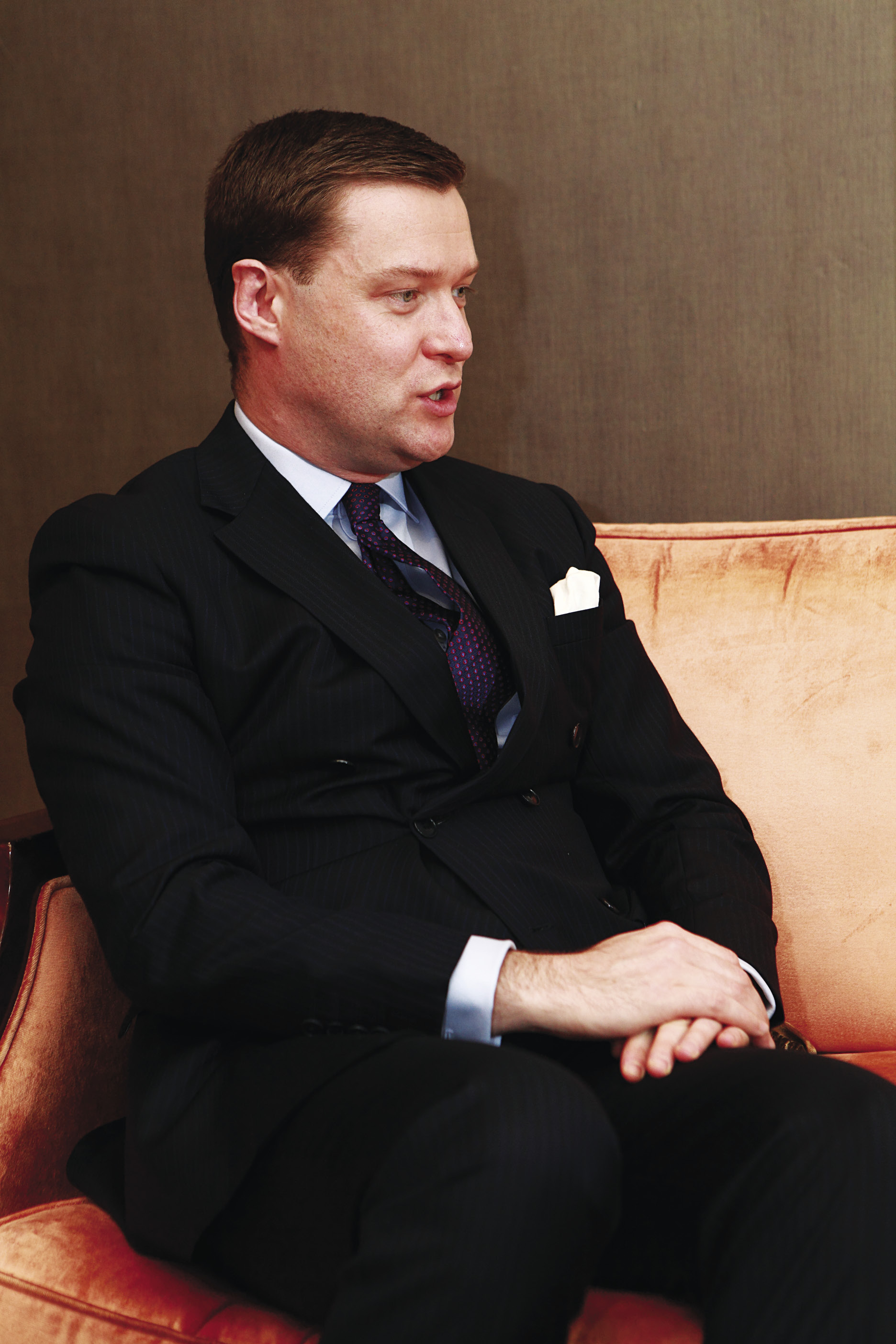 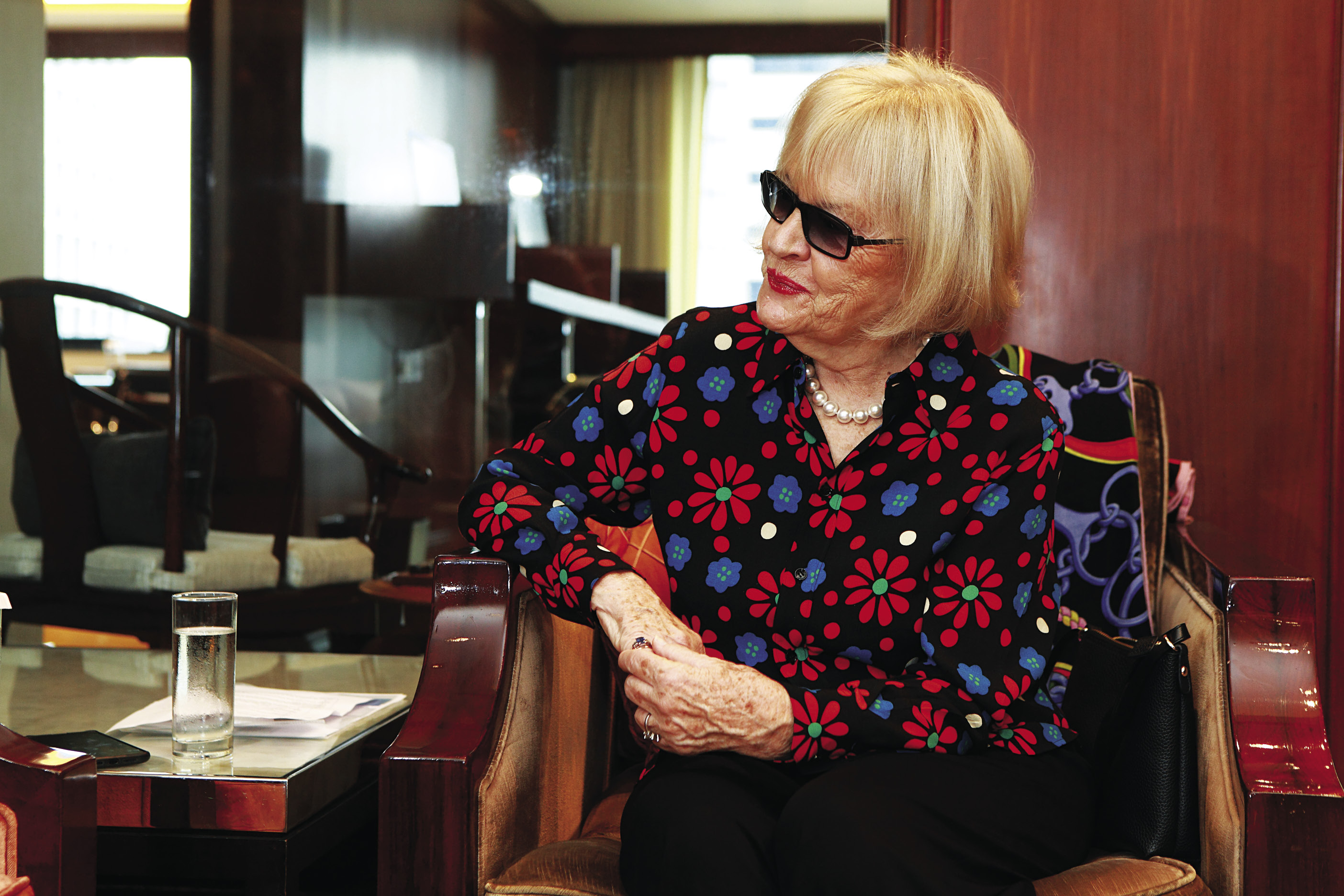 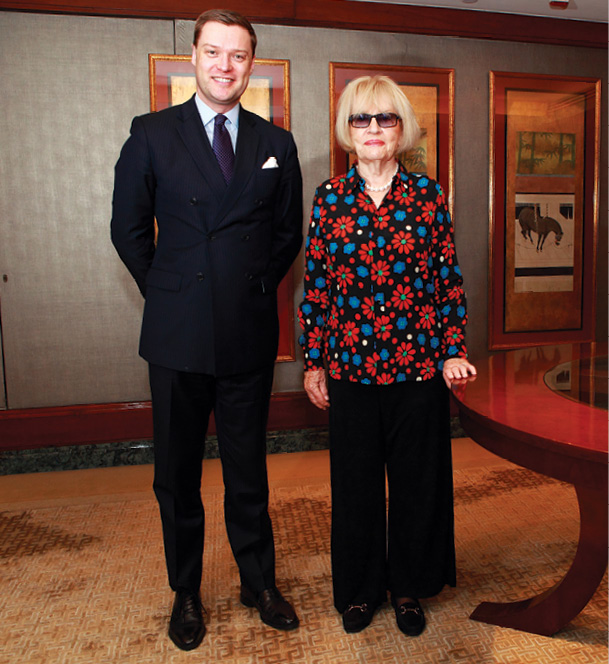