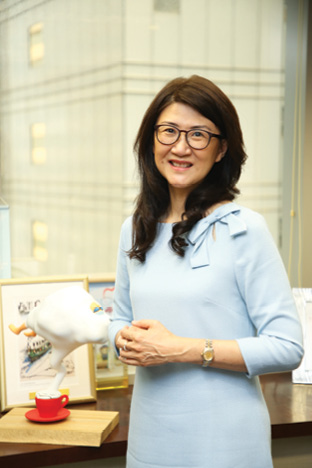 The Law Society of Hong Kong places high importance on the values of inclusivity and equality and we encourage members to do the same. These aspirations are prerequisites to a sustainable practice environment, one that is free of discrimination with no barrier to equal opportunities.

In a membership survey conducted by the Law Society in 2019, members’ feedback and experiences relating to equality and discrimination issues within the legal profession were invited.

The survey respondents who have been in the legal profession in Hong Kong for the past five years at the time of the survey were asked to indicate whether they had experienced any discrimination in their workplace in that period.  Most respondents (82.4%) indicated that they had not, while close to one-fifth (17.6%) revealed that they had experienced at least one kind of discrimination.

For the solicitors’ profession, the proportion of women practitioners varies at different stages of the career path in a law firm. Whilst more than half of the new entrants to the profession are female, only one third at the senior level is female. As of June 2021, women made up of 65% of trainee solicitors, 61% of assistant solicitors, 38% of consultants; and 30% of partners. On the basis of the statistics, a substantial number of female lawyers are dropping out along the way. If this trend of talent loss continues, the profession will have difficulty sustaining its growth in the long term, having regard to the trend that the majority of the new entrants are likely to be female in the foreseeable future.

The survey respondents who have been in the legal profession in Hong Kong for the past five years were also asked if they had experienced sexual harassment in their workplace in this period. 97.1% noted that they had not.

Out of the 2.9% who indicated that they had experienced sexual harassment, about one-fifth (20.3%) indicated that they had been subject to unwelcomed intimate act or physical contact.  More than one-tenth (14.9%) received indecent or sexual remarks while some encountered unwanted sexual advance (2.9%) and received remarks on their appearance (2.3%). Over half (56.9%) preferred not to answer the question.

The above statistics on discrimination and harassment experiences might appear relatively low, compared to the published information in other jurisdictions, but even so, it is disappointing and disturbing to learn of the existence of such unacceptable behaviour within the legal profession.

One of the universal core values for lawyers is respect for the rule of law, which embraces the principles of equality and fairness. Discrimination and harassment go directly against these principles.

The Law Society has been in close liaison with the Equal Opportunities Commission with a view to promoting the values of inclusivity and equality to law firms and assisting them to formulate plans and take practical steps to prevent discrimination and harassment. It is important to note that as an employer, a law firm is liable for the actions of their employees unless they can prove that they have taken reasonable preventive measures. CPD courses on how to ensure that a firm’s employment policy complies with equal opportunity obligations, how to prevent discrimination and harassment in the workplace, how to handle complaints relating to discrimination and harassment issues and how to manage their impact on staff morale and firm reputation are very useful. We hope that through proper training, we can enhance members’ commitment to inclusivity, diversity and equality and facilitate the turning of their commitment into positive action for their practices, staff and clients.

An inclusive working environment embracing equal opportunities allows staff to feel respected and valued. They are likely to stay with the employer longer leading to improved staff retention. This in turn saves costs in recruiting and training replacement staff, maintains productivity, and minimizes disruption to clients. The natural outcome is a higher chance of success to the business operation.