Eight Ways to Ruin Your Reputation in the Course of Drafting 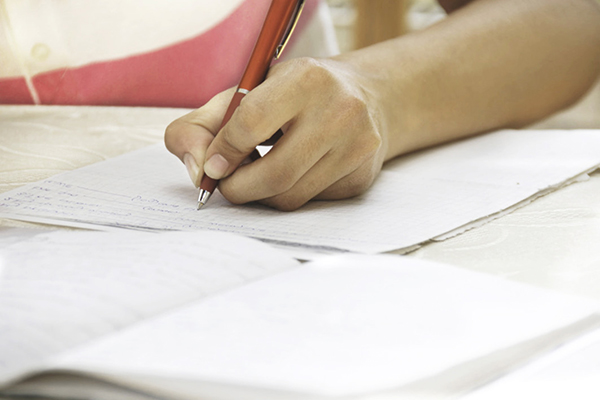 Richard Bates’ inspired takedown of the use of the “and/or” construct when drafting legal documents in last month’s issue of Hong Kong Lawyer prompted me to submit a short column of my own, detailing the manifold ways I’ve seen lawyers in this jurisdiction shoot themselves in the foot, repeatedly, in the course of drafting legal documents.

What follows is a distilled list of drafting tips based on many years of editing the work product of junior associates in this city. Read, and reflect on your sins.

Hong Kong trainees tend to emerge from law school with an instinctive command of formal English circa 1907, perhaps because this is the year in which the Law Society was founded. This is the first step on the road to drafting that clients can’t readily understand.

Here are some words to avoid at all costs: “whereas”, “thus”, “hereunto”. If you refer to “the above-captioned matter,” in an email, the email had better include a picture with a caption in it. If you find yourself typing “hereinbefore” (ever), seek professional help. Jin Yong and Charles Dickens got paid by the word. You do not. Use plain English, and your clients will thank you.

Let me tell you a secret about drafting: it is basically writing computer code that does not get compiled and run until someone has already lost a ton of money (or is about to). You know who doesn’t get points for stylistic elegance? Programmers. Good drafting uses as few words as possible to convey an idea that is accurate and unambiguous. The same concept should always be stated the exact same way. Use a defined term if necessary. Be consistent.

There is one true way of recording defined terms: in a schedule, at the back, with all terms defined in the text cross-referenced, just as God intended. If you put them at the front of a contract, people will waste time reading them before reviewing the substantive terms. Every. Single. Time.

Paragraph breaks are your friend. Let’s say you want a rule to apply to three classes of shares. You could write “This rule applies to shares of Class A, Class B and Class C.” Better, you could write:

Why is this better? Three reasons. First, it is easier to scan the text and spot whether the class you are concerned with at that specific time is included in the rule. There is in fact evidence from the UK Financial Conduct Authority suggesting humans can process information broken out into separate lines much better than information buried in paragraphs (see Financial Conduct Authority, Occasional Paper No. 2: Encouraging Consumers to Claim Redress: Evidence from a Field Trial, April 2013).

Second, if you need to change the clause, during negotiations for example, it is easy to spot the change.

Third, it is 2017, and you should be starting to think about writing for computers. Getting into the habit of breaking ideas out into discrete paragraphs will result in work product that is easier for an algorithm to parse. In the next few years, this will become highly relevant.

Also, have you ever seen US-style drafting? Google “end of the world clause” and shudder at the Paragraph Without End.

7. Repeat numbers in words and numerals.

This gives you two (2) opportunities to make a mistake every time you include the number.

Many years ago, Ken Adams* drew attention to the Canadian regulatory decision CRTC 2006-45 involving Rogers Cable Communications Inc. and Aliant Telecommunications Inc. (also known as the “million dollar comma” case). An agreement was stated to be effective “from the date it is made and shall continue in force for a period of five (5) years from the date it is made, and thereafter for successive five (5) year terms, unless and until terminated by one year prior notice in writing by either party.”

The use of the final comma was interpreted by the Canadian telecoms regulator as creating a right to terminate at any time on one year’s notice. The decision was later overturned after years of litigation because, obviously, the clause wasn’t intended to do that (ultimately, the parties had to turn to the French language version of the model form contract that the contract in question was based on to resolve this).

But while Rogers was able to win this point in the end, the important part of the last paragraph is “after years of litigation”. If your client has to litigate for years before a regulator decides that you meant what you meant then no, sorry, you did not draft a good contract.  The orthodox wisdom on this, by the way, is to put the termination right in a second sentence that expressly does not apply to the initial five-year term.

Avoid these eight cardinal drafting sins and you will already be better than approximately 94.3 percent of draftspeople. Go forth, and may the God of Drafting go with you.