September 2020
From the Secretariat
Continual Impact of COVID-19

In June, we compiled some comparative statistics for the period from January to April in 2019 and 2020 to assess the extent of the immediate impact of COVID-19. At that time, most of us must have believed that we were finally seeing the light at the end of the tunnel. The number of confirmed infected cases has largely remained a single digit figure since 12 April and throughout May and June. Unfortunately, since July, another sweeping wave of COVID-19 has resurged shooting the number of daily confirmed cases to over 100.

Our comparative study continues. To share some of the more illustrative data, during the period from January to July 2020,

While there has been an obvious contraction in relation to the foreign lawyer statistics, the growth of Hong Kong solicitors has maintained a steady pace. The number of Hong Kong solicitors holding a practising certificate has increased by about 3.3 percent during the first seven months in 2020, which was the same as the growth rate in 2019. Further, 18 new Hong Kong law firms commenced practice during January to July in 2020, compared to 19 in the same period in 2019. However, with respect to trainee solicitors, comparing the number as of the end of July 2020 with that in 2019, it has dropped by four percent.

We will continue to monitor the relevant statistics and share further updates in due course. Hopefully, next time we share them, it will be against the backdrop of the end of the pandemic and the rise of an economic rebound. 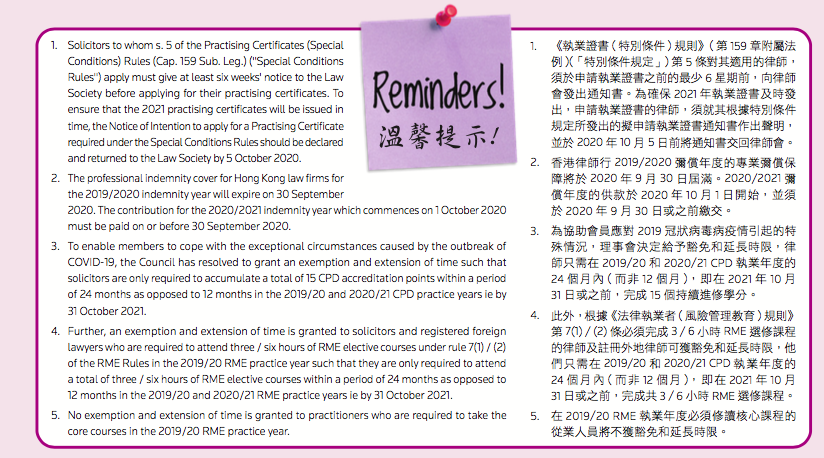 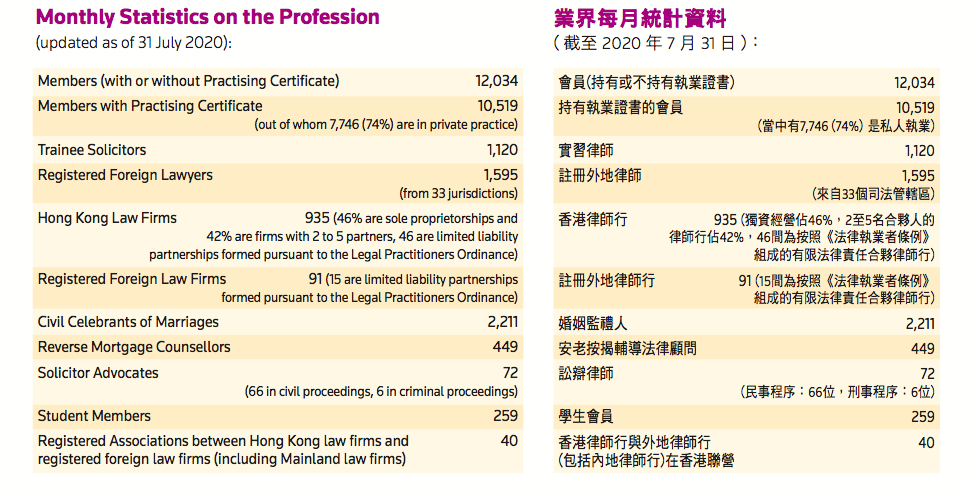