October 2020
Features
Competition Law as a Defence in Civil Actions

Since the full implementation of the Competition Ordinance (Cap 619) (“Ordinance”) in December 2015, the attention of the legal community has apparently been drawn solely to public enforcement actions brought by the Competition Commission (“Commission”). This is in stark contrast with other jurisdictions (the US being a prominent example), where most antitrust cases are actually brought by private plaintiffs, not public enforcers. To some extent, this difference is not surprising because, unlike the majority of other jurisdictions, there appears to be no “stand-alone” right of action under the Hong Kong competition regime (the reason why stand-alone action may not be available is slightly complicated and probably worth another article of its own). There is indeed an express right follow-on action under section 110. However, the exercise of that right is subject to the pre-condition of a prior determination of contravention of a conduct rule, which in turn usually means a successful enforcement action by the Commission.

As such, does it mean that competition law has little relevance to us, as general civil practitioners, in our daily work? It is suggested that the answer is no, in fact quite the contrary. This is because whilst the Ordinance may not provide you with a “sword” in the form of a cause of action, it can well equip you with a very useful “shield” in the form of a defence.

This article will therefore examine the law and procedure about the potential application of this competition law defence in the context of different civil claims.

The starting point is that, under s 142(1)(d) of the Ordinance, the Competition Tribunal (“Tribunal”) has jurisdiction to hear and determine “allegations of contraventions, or involvements in contraventions, of the conduct rules raised as a defence.” Under s113(3), where a contravention or involvement in a contravention of a conduct rule is alleged as a defence before the Court of First Instance (“CFI”), the CFI “must, in respect of the allegation, transfer to the Tribunal so much of those proceedings that are within the jurisdiction of the Tribunal”.

Despite the use of the word “must”, however, the CFI may play a gatekeeping role before transferring proceedings to the Tribunal. In Taching Petroleum Company Co Ltd v Meyer Aluminium Ltd [2018] 2 HKLRD 1284 at [16], Lam J held that although the word “must” might suggest a transfer to the Tribunal is mandatory, there is scope for suggesting that the CFI can examine the quality of the defence so that no transfer will be made if the defence can be “summarily seen to be of no substance with the result that it can be struck out or summary judgment can be entered”.

Competition issues are transferred from the CFI to the Tribunal for determination as if they are “preliminary issues”. This is because competition issues are special issues that require the determination by a specialist tribunal. Upon resolution of the special issues, the original action can continue with its normal course in the CFI (see Taching Petroleum Co Ltd v Meyer Aluminium Ltd [2018] HKCT 4 per Au-Yeung J at [20-21]).

As a matter of EU law, any agreements prohibited under Article 101(1) of the Treaty on the Functioning of the European Union (“TFEU”) (the equivalent of the first conduct rule) shall be “automatically void” (see Article 101(2)). The situation in Hong Kong is slightly different as there is no provision in the Ordinance for such automatic voidness. Instead, under schedule 3, paragraph (1)(i) of the Ordinance, the Tribunal may make an order declaring any agreement to be “void or voidable” to the extent specified in the order.

Under English contract law, where only part of the contract is illegal, the court may apply the “blue pencil test” to determine if the offending terms can be severed from the contract leaving the residue to continue to operate as an enforceable contract. Similar principles apply in the context of competition law. If the contract would be of a fundamentally different nature without the offending terms, there can be no severance and the entire agreement would become unenforceable (see English Welsh & Scottish Railway Ltd v E.ON UK Plc [2008] ECC 7).

There is an interesting concept in English competition law that nullity of contract can have a transient (instead of absolute) effect. In short, whether an agreement is prohibited would depend on the factual circumstances at the time when the question fell to be decided. It follows that when there is a change of circumstances, a contract which was initially void can subsequently become valid, or vice versa. In Passmore v Morland [1999] 3 All ER 1005, Passmore obtained from his previous landlord a lease of a pub which contained a tie requiring him to buy beers only from specified suppliers. Subsequently, Morland became Passmore’s new landlord. Passmore commenced proceedings against Morland and contended that the beer tie contained in the lease was void ab initio. Morland argued that Passmore’s claim was bound to fail because of the change in the identity of the landlord. Morland’s case was that because the number of tied premises that Morland owned was so small, a tie in a lease could not be regarded as having any material effect on trade within the common market and so could not infringe the prohibition in Article 85(1) (the equivalent of the first conduct rule). The issue before the court was whether, if the beer tie was prohibited during the time of Passmore’s original landlord (which owned a very substantial number of tied premises) and therefore automatically void at the commencement of the tenancy, it remained void after the circumstances which had given rise to the Article 85(1) prohibition had ceased to exist on the change of landlord. The question was answered in the negative by the High Court, and that decision was upheld by the Court of Appeal.

The competition defence may also arise outside the contractual context. In such case, the plaintiff’s “right” may be unenforceable if there is a sufficient “nexus” between the exercise of the right and the agreement or concerted practice in question. The test is whether the right is “the object, the means or the consequence” of a restrictive practice (see: Sirena Srl v Eda Srl [1971] CMLR 260). Some examples may help to elucidate the concept.

“I do not think that it could be said that a person in breach of some statutory or other prohibition thereupon becomes an outlaw, unable to enforce any of his rights against anyone. If the plaintiffs are imposing unfair selling prices in that they charge too much for their product, I cannot see why this breach of the prohibitions of Article 86 means that the defendants are thereby set free from any liability to the plaintiffs if they, the defendants, commit the tort of passing off (or, indeed, any other tort) against them. Nor can I see that a prohibition against the plaintiffs charging unfair prices also amounts to a prohibition against anything that enables them to get a full return from their unfair prices, as by taking steps to prevent competitors from passing off their goods as being the plaintiffs’”.

In contrast, a different conclusion was reached in Sportswear Co SpA v Stonestyle Ltd [2007] FSR 2, where the claimants also sought to strike out part of the defendants’ defence. In that case, the registered trade mark owner of “Stone Island” (the first claimant) and its UK distributor (the second claimant) commenced proceedings against the defendants for trade mark infringement. The defendants sold genuine but parallelly imported Stone Island clothing. The labels bearing those trade marks were cut out or defaced before they were sold. The claimants objected to such “mutilation” of the clothing and sought to prevent the continued sale of such clothing by the defendants. In defence, the defendants contended that the garment codes on the labels were used by the claimants to trace the source of parallel imports in order to police and enforce absolute territorial exclusivity. If the garment codes were not obliterated, an item found on sale in the UK might be able to be traced back to the particular retailer. The first claimant might then be able to take steps, whether by legal proceedings or by limiting supplies, against that retailer in an attempt to prevent Stone Island garments getting into the UK market otherwise than through its official distributor for that market, namely the second claimant. The Court of Appeal held that the defence was arguable as there was an adequate nexus between the anti-competitive agreement alleged and the issue of whether the claimants had legitimate reason to oppose further distribution of goods.

“I ask myself why a court is unable to prevent the exercise by the owner of a contractual right when a nexus is perceived between the exercise of that right and an arguable illegality. For example, one can instance a landlord serving a notice to quit on a tenant unless the tenant enters into an agreement a provision of which requires the tenant to do something that is arguably illegal. Thus the agreement might contain a provision requiring payment by the tenant in such a way as to evade tax. Is the court powerless to prevent the landlord enforcing the notice to quit in such circumstances'? I can see no reason in principle why the court should be unable to intervene.”

In Hong Kong, the illegality defence was raised in Taching Petroleum Company Co Ltd v Meyer Aluminium Ltd [2018] 2 HKLRD 1284 in the context of an O14 application. However, it was unnecessary for the Court in that case to decide the issue because the plaintiff conceded that if there was a breach of the first conduct rule, then the defendant arguably had an illegality defence. Therefore, whether, and if so how far, the aforesaid principles would apply in Hong Kong is yet to be determined.

Despite the probable absence of a stand-alone right of action under the current Hong Kong competition regime, it can be seen from the above examples that the potential application of competition law as a defence can still be far reaching. It is suggested that, when used under the right circumstances, such a defence could prove to be a very powerful tool and therefore practitioners would be well advised to have it equipped in their armouries. 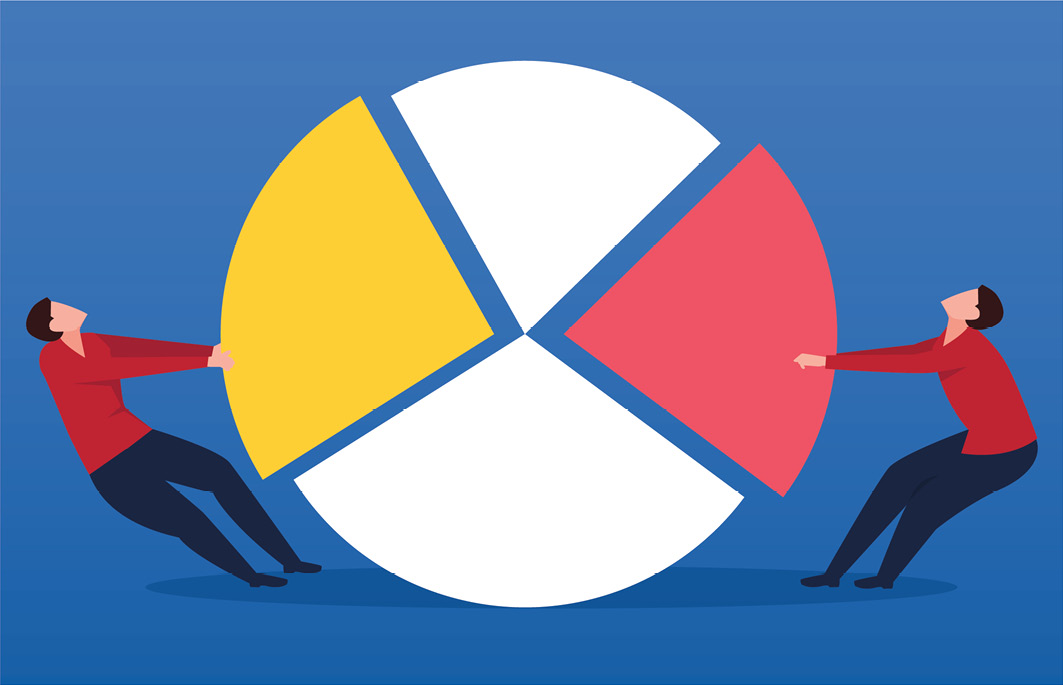