‘Postcards are an anonymous art. They represent a collective taste; their idiosyncrasy is of the times, not of a particular individual.’ – Ian Buruma: introduction to ‘Historical Postcards of Hong Kong’ ed. By Bob Davis 1989

Some 40 years ago at an old stamp shop in Central, I spotted a color postcard depicting the Hong Kong Supreme Court in the 1910s (see Photo A – poscard with a four-cent Hong Kong stamp postmarked 23/11/1918 addressed to Sheffield, England). It was attracted to me because in that Building I was admitted as a solicitor just a few days before. That marked the beginning of my lifetime hobby of postcard collection. I focus on antique (exceeding 100 years old) and old picture postcards issued or posted in Hong Kong and China (mainly Peking, Shanghai, Canton and other treaty ports). The collecting hobby has given me interesting memory and much satisfaction, also enhancing my interest in the history of the places I love.

First with some philatelic historical introduction. The Penny Black issued in the United Kingdom on 1 May 1840 was the world’s first adhesive postage stamp used in a public postal system and the first Hong Kong postage stamps (a set of 7 stamps with Queen Victoria’s portrait) were issued in 1862. They were designed by the Governor Sir Hercules Robinson in pen-and-ink sketches in his own hand. As for postcards, the oldest hand-colored picture postcard (caricaturing the postal service) which was sent with a Penny Black stamp in 1840 to a playwright Theodore Hook in Fulham, London was sold in an auction in 2002 with a record price of £27,000. In 1843, the world’s first commercial Christmas card was produced by Sir Henry Cole (1808-1882), the forerunner of picture postcards. The Austrian postal administration issued the first postcards (non-pictorial) with imprinted stamps on 1 October 1869 while the British Post Office also issued its first cards imprinted with a half-penny stamp of new design exactly one year afterward. On 1 April, 1879, Hong Kong joined the Universal Postal Union and issued the first batch of official postcards for public use. For China, 1 October, 1897 is the recognised first day of issue for the postal stationery of China. The first picture postcards that appeared in Hong Kong were printed by local stamp printers around 1898.

As to my collection of about 3,500 postcards of different times and places, I classify them into five thematic categories : places and locations, buildings and street scenes , people and occupations, junks and transport, and events and activities, pocketed in different albums.

The oldest official stationery (non-pictorial) postcard I own is one with imprinted one-cent stamp issued by the Hong Kong Post Office sent from Hong Kong to Macao postmarked Jan 14, 1888 and my oldest picture postcard is a commercially produced greeting card showing a clear view of the St. John’s Cathedral in Central, Hong Kong, with a two-cent Hong Kong stamp postmarked 17 May 1898 addressed to Lupow, Germany (see Photo B).

The most expensive picture postcard I bought was from an auction some 25 years ago. It depicts the Shanghai Club in the Bund. It cost me about HK$2,000 at the time. It bears a rare oval postmark of the Qing Dynasty Shanghai Main Post Office on a four-cent dragon stamp dated 25/12/08 (see Photo C). The Shanghai Club was the famous British club at the Bund No. 3 (today the Dongfeng Hotel) built in about 1861/62 and rebuilt in 1909. The re-sale value would depend very much on the oval postmark. In my selection, I always place aesthetic appeal (such as content, color and design) over its other philatelic value. This impressive card portrays several rickshaws on the Bund heading towards the fading lustre of sunset, such colorful cityscape still beautiful after a full century. For a card collector, nothing seems more appropriate than this Shanghai sender’s message to his friend in Boston which reads : ‘With pleasure I shall exchange a few cards with you. I want only good ones.’ It is my favorite piece. It was expensive not because of the picture described, but like all postcards, the value is always on the age, rarity of the card or stamp or date postmark/transit postmark and the cities through the route of the mail. The condition of the postcard is also important as some might have been defaced through time and handling, while valuable adhered stamps were often removed from the cards.

My favorite collections are related to law and order in Hong Kong and China: the Hong Kong Supreme Court Building, exhibitions of execution of prisoners and pirates (see Photo D – Chinese execution of prisoners sent from Harbin, China to Roustchouk, Bulgaria dated 10/10/1908), early Hong Kong Police Force, police stations, etc. Other picture postcards I fancy include the Hong Kong Jockey Club, the Hong Kong and Shanghai Banking Corporation and historical postcards. Some historical postcards are nostalgic and foretelling, like the one that describes the graphic land war between Japan and Russia by charging cavalry postmarked 7 May, 1904 (the Russo-Japanese War 1904-5) from Hong Kong to Portugal, anticipating the reversal of world powers (see Photo E); while another features the famous Chinese commander, Li Hung Tschang, posing with China’s first modern navy fleet, the North Ocean Navy (established in December, 1888 and destroyed by the Japanese Navy in 1894) postmarked 15 July 1905, sent from Tsing Tau and addressed to Karlsruhe, Baden, Germany, delivering a sad hidden message from the fallen Middle Kingdom to a rising Western power (see Photo F). In one of my unused color postcards, the great fire of the Happy Valley Racecourse that occurred on 26 February, 1918 on a beautiful sunny Derby Day, killing 687 spectators was shown in such a horrible scene that it remains the most tragical event in Hong Kong’s horse-racing history (see Photo G). Among those I treasure is an antique color postcard, 55cm long and foldable, featuring the panorama of Hong Kong from the mountain.

My greatest regret is a failed bidding at the tender sale of a pack of 12 valuable antique picture postcards depicting Qing Empress Dowager Cixi with the royal family in the late 19th Century. I have never come across them again. It is the fate of every collector to miss a cherished item once so close to hand.

The usual sources of old picture postcards come from local and oversea stamp and card shops, periodical tenders, fairs and auctions and occasional international philatelic exhibitions. I always make visits to stamp and postcard shops during my brief stay in world cities like London, New York or Los Angeles. I once acquired a box of rare old US picture postcards from a garage sale in Torrance, Los Angeles at a humble price of US$10. It was my best chance discovery. This is just one of the exhilarating moments in my collecting pursuit.

Postcard collecting was at its boomtime at the beginning of the 20th Century because mail by postcards was popular as a cheap and simple way of sending messages and greetings. It was once claimed to be in the premier league of collecting hobbies. Now it is very much a minority pastime. Old picture postcard collection is a hobby about the past, therefore of particular interest to those who are nostalgic about the places, their histories and peoples they love. Occasionally, the scribblings found on the cards may provide you with a source of interesting reading or witness accounts while the discovery of some special or rare cards may amuse you with surprise. Moreover, it is an affordable and stress-free hobby with tools as few as a pair of tweezers and a magnifying glass. 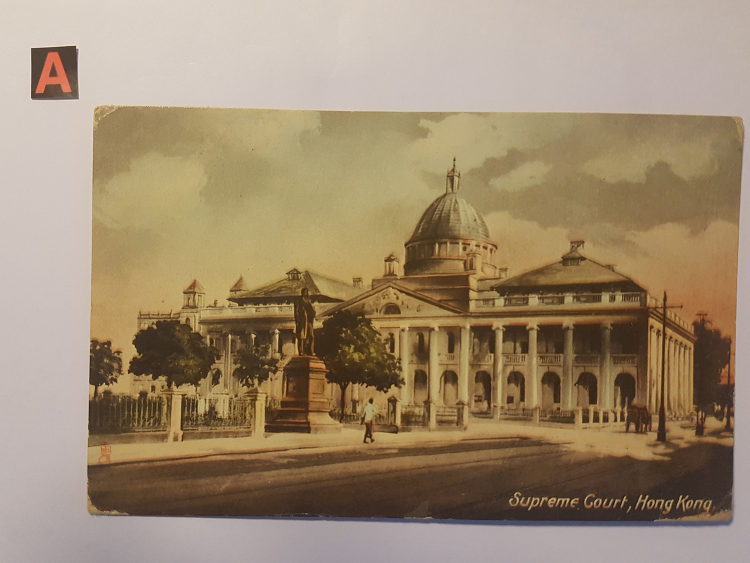 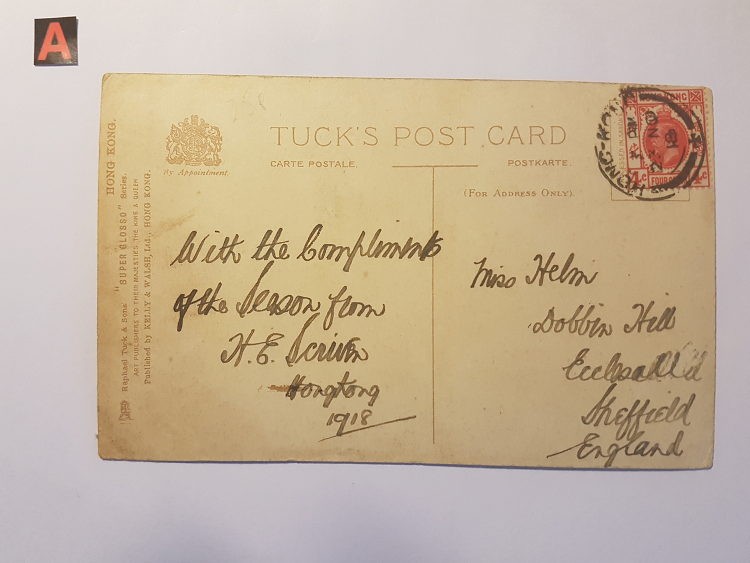 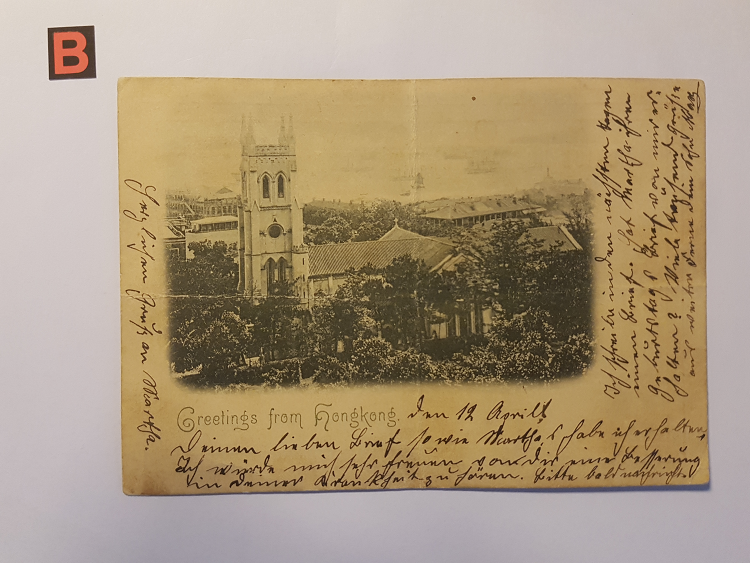 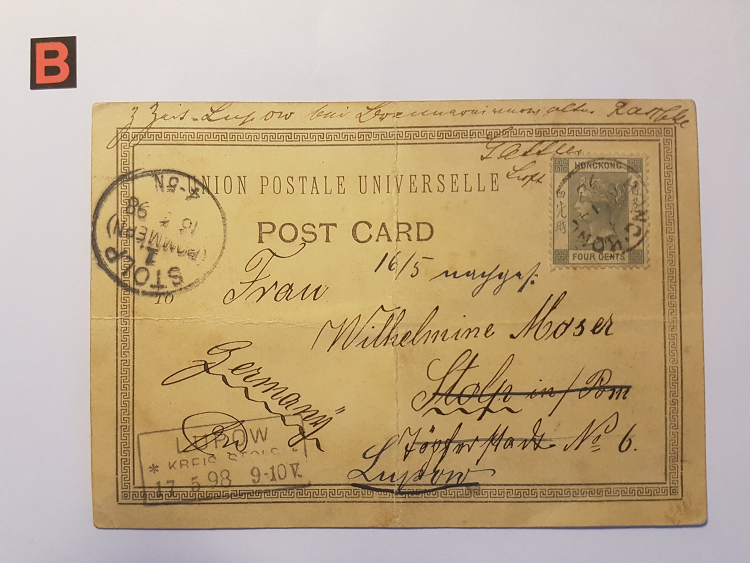 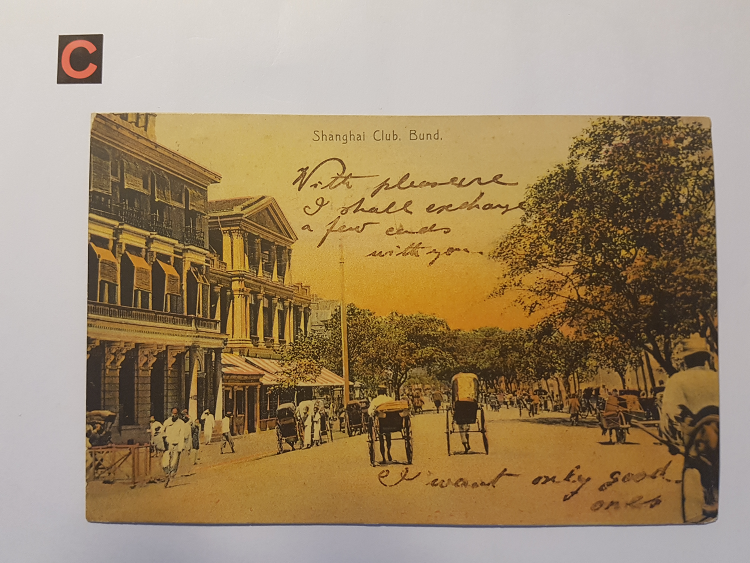 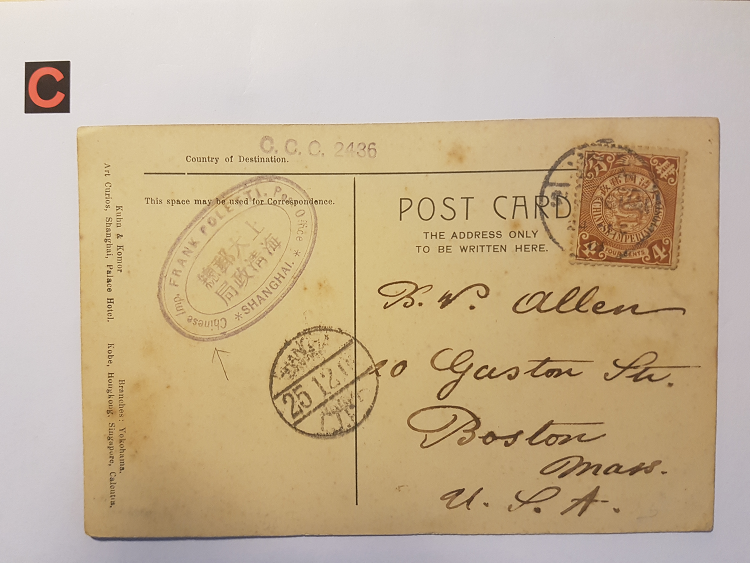 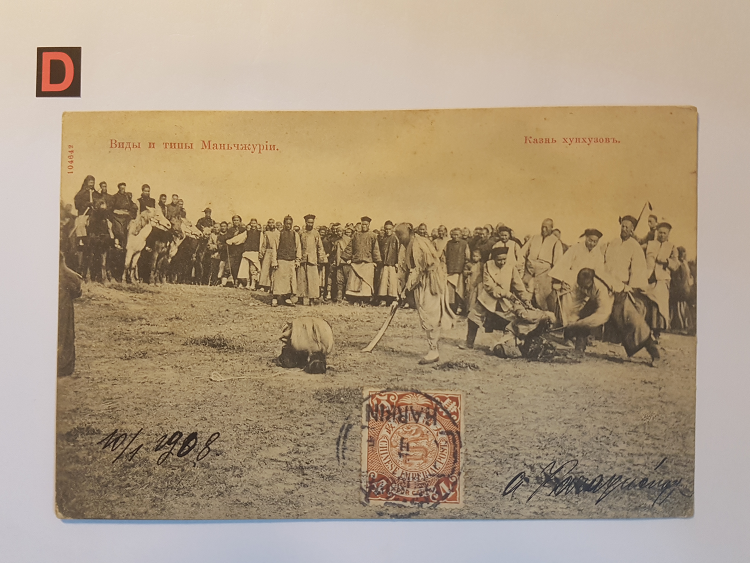 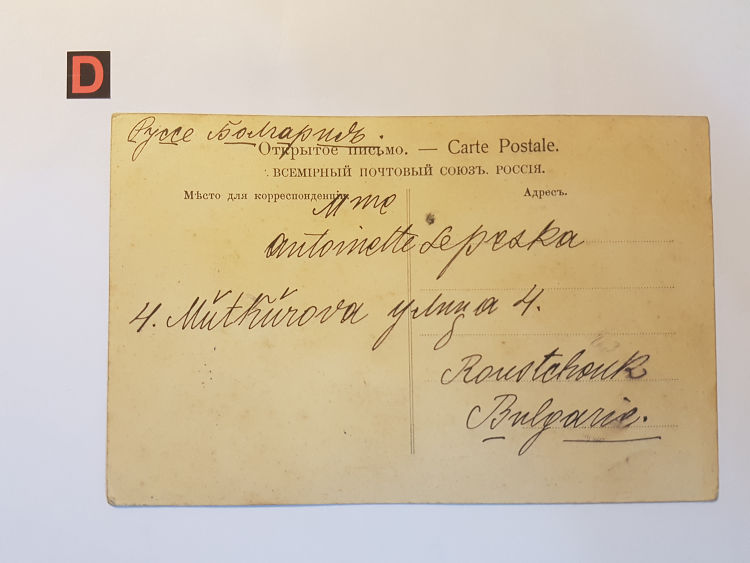 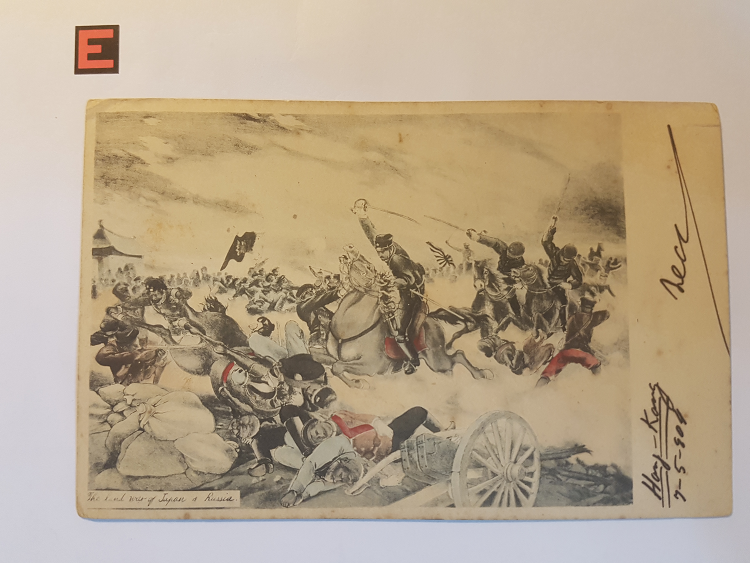 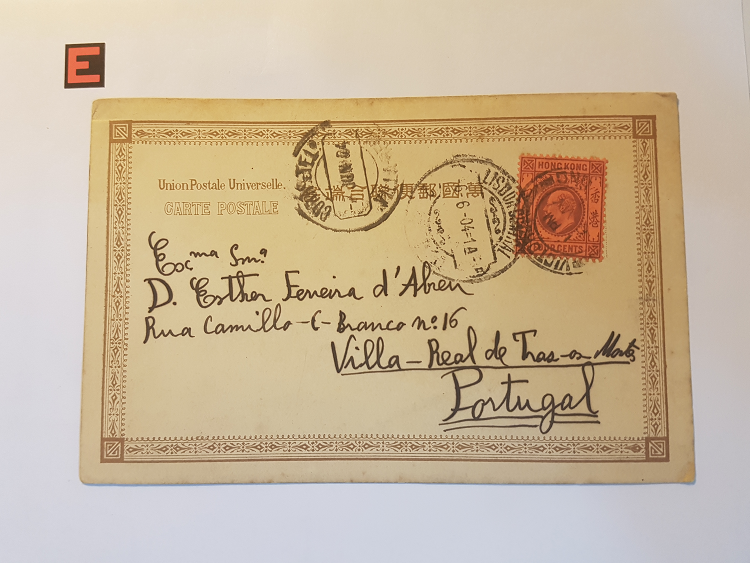 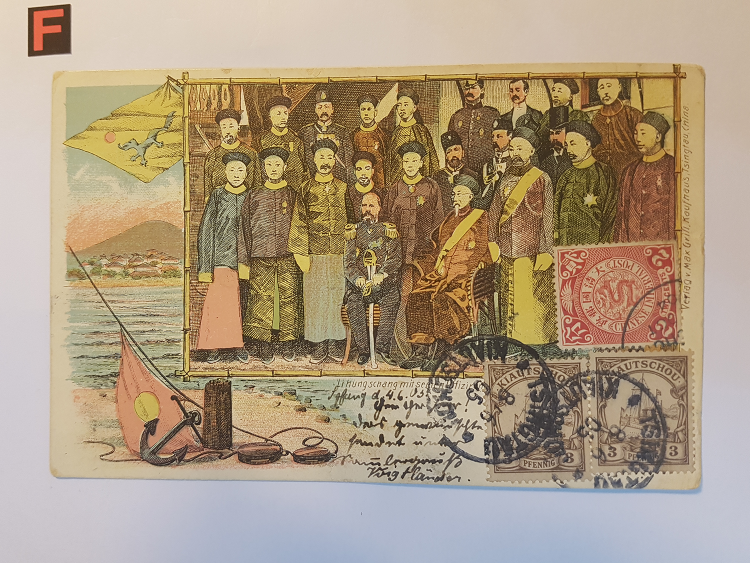 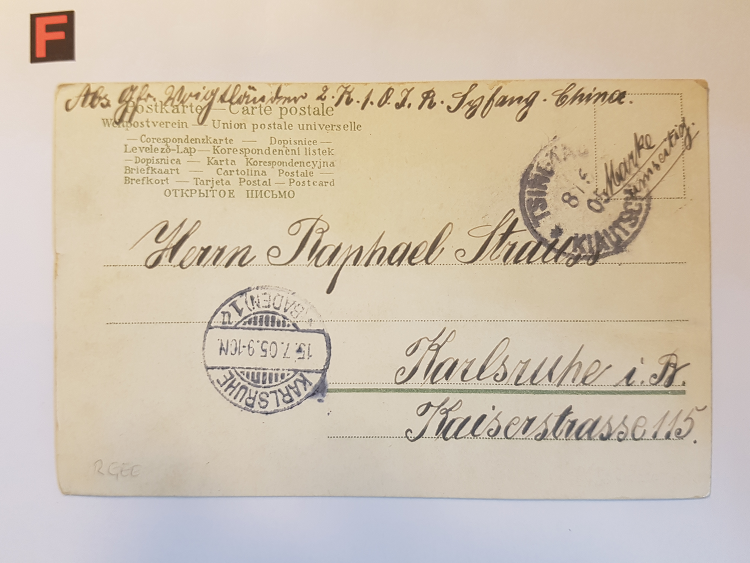 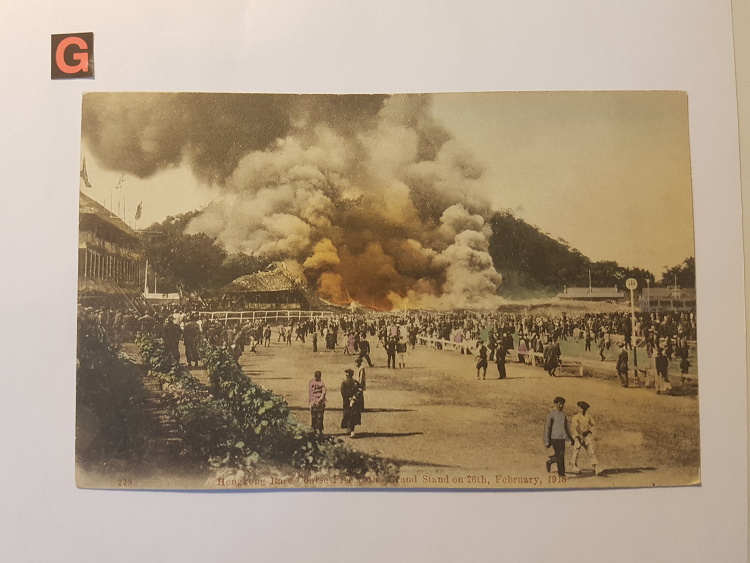 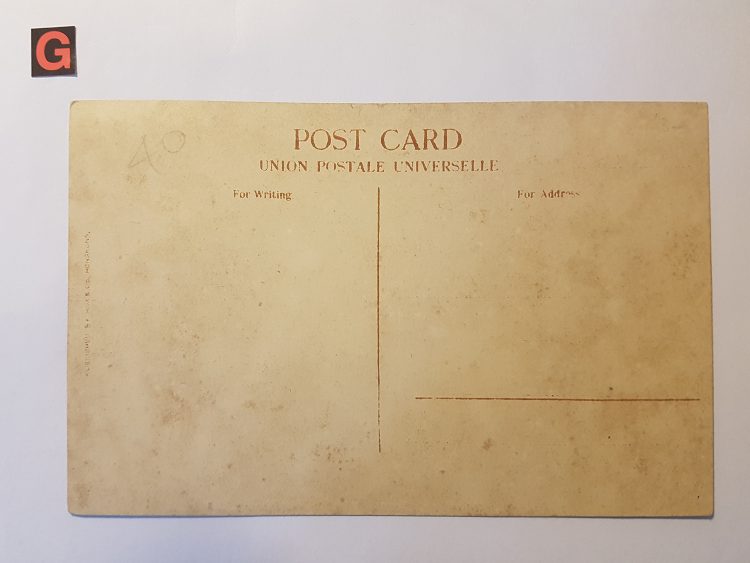 Jenkin is a solicitor, notary public and accredited general mediator. He is currently a consultant with the law firm of Foo and Li.