December 2018
Practice Management
The Big 4 and The Law In recent years the Big 4 accounting firms (Deloitte, EY, KPMG and PwC) have made a renewed push into the legal sector. Asia Pacific appears to be a particular focus of their activity. This article considers their motivation for entering the legal market, their likely approach and areas of focus, the moves that they have made so far (especially in Asia Pacific), the potential impediments to growth and the likelihood of succeeding or otherwise in the legal area.

Some may feel a sense of déjà vu in that the Big 4 made similar moves in the late 1990s but unwound most of their legal offering following the collapse of Arthur Andersen in the wake of the Enron scandal and the passage of the Sarbanes-Oxley legislation in the US. Their retreat was primarily for regulatory reasons. It should be remembered that in 2001 Andersen Legal was the ninth largest global law firm by revenue. This time they seem to have more resolve and, as this article explains, are seeking to build a more integrated model.

The legal sector is attractive to the Big 4 for a number of reasons:

But, many of their markets are increasingly mature. Their dominance of major corporate audit work limits growth. Indeed, it is possible that emerging regulatory pressures will require the Big 4 to reduce the percentage of audit work that they do for major corporates. Furthermore, compulsory audit rotation and restrictions on non-audit work may limit growth in this area. Tax has generally grown well but is usually the smallest of audit, consulting (however described) and tax. As legal is usually part of the tax practice, growth of legal gives the tax practice further opportunities profitably to grow and thereby maintain its relative power and influence compared to audit and consulting.

What is the Offering?

To a large extent the offering of the Big 4 is evolving. What is clear that insofar as is possible they want the legal practice to be integrated in their entire firm and to provide business solutions to the clients. This also helps to differentiate their offering from that of traditional law firms and potentially provides different sales channels into the client organisation whether via the CEO, CFO, COO or Director of HR. This approach has the additional advantage of reducing reliance on the general counsel who may be resistant to their offering or prefer to use a traditional law firm.

In countries such as England and Wales, the Big 4 have been granted alternative business structure (ABS) licences which enables the legal function to be embedded within the main business. However, in other jurisdictions, including Hong Kong, it will be necessary for the lawyers to operate as an “independent” law firm. They will seek to mitigate such restrictions by developing a multi-disciplinary team approach, but such arrangements will need to be structured and operated carefully to ensure compliance with local bar rules.

From their websites and other materials, it appears that their current focus is broadly on mid-market activity including immigration, corporate transactions, corporate restructuring, due diligence and regulatory advice and compliance issues. A key focus is in relation to integrated products and these include risk management and risk audits, tax structuring and related corporate reorganisations (and related arrangements including transfer pricing, IP licensing and management services agreements), HR advisory services including immigration, employment terms, remuneration structures, benefits packages and share incentives and regulatory compliance and training issues including money laundering, sanctions compliance and anti-bribery procedures.

This is not to suggest that they will not wish to develop their legal services into higher value and higher corporate visibility products as their legal capability increases and is seen to work effectively with other parts of the business. In the short term the focus has been on recruiting and developing their legal capability. Some of these lawyers will bring existing clients and contacts with them. However, this is unlikely to be their core focus. The lawyers’ key target will be the other partners in their offices and across the firm so that the lawyers can access the firm’s existing client base. As the confidence of the other partners in the lawyers increases their introduction opportunities can be expected to grow. A further stage of development will be working with other partners in the firm to develop client focused products and solutions to be offered to the clients of the firm. As a result, the short to medium term priority of the lawyers will be to develop relationships with and win the confidence of the firm’s other partners initially to provide client introductions and also to jointly develop client products.

One area they will be cautious about is litigation given the potential conflicts of interest that the conduct of litigation may present. They may offer ancillary services such as forensic accounting, which they already provide, and assistance on discovery or other process elements. PwC does claim on its website to undertake the conduct of litigation, but this is the exception. They will undertake tax related litigation and may also have a major role in regulatory investigations and compliance issues.

All four have expressed the intention to develop a legal offering with global revenues of at least US$1bn by the early 2020s. While this may seem ambitious they do appear in many markets to be achieving annual compound revenue growth of over 20% and as the breadth and depth of their direct offering and integrated offering develops it should be possible to achieve similar levels of growth for the foreseeable future. Those who are doubtful should consider the growth of their consulting businesses over the last 15 years or so given that EY and KPMG sold off their original consulting businesses in the early 2000s after the passage of the Sarbanes Oxley legislation in the US.

What have they done

To date, the focus of the Big 4 has been the organic growth of the legal capability supplemented by some key well regarded lawyers. Generally, they want lawyers who will be a good cultural fit in their organisation and may avoid high maintenance stars on the basis that their own brand and contacts already give them high level access to a wide range of clients. So far, they have not sought to undertake large scale law firm mergers preferring to focus on smaller firms, teams and individuals in specific centres. It is quite possible that they will attempt larger, even multijurisdictional, mergers in due course once the legal concept is more accepted within their clients and their offering is gaining greater traction with their clients.

The Big 4 have also been very active in Australia with PwC hiring Tony O’Malley and Tim Blue in 2014, both senior partners at KWM, and KPMG hired Stuart Fuller former CEO of KWM in 2017 as just three examples of the type of senior hires that they have targeted in Australia.

Outside Asia Pacific in the US, in September, PwC launched a law firm in Washington DC, ILC Legal, although initially it will not offer US law advice. In June Deloitte acquired the eight non-US offices of US immigration firm Berry Appleman & Leden and also entered into an alliance with the US firm and in October PwC entered into an alliance with the leading global immigration firm Fragomen. In addition, in the UK, in August, EY acquired Riverview Law an alternative legal services provider.

The Big 4 have continued to make targeted lateral hires in the UK and to a lesser extent across Continental Europe where generally their legal offering is more mature.

These examples of lateral hires, establishing new offices and acquiring or associating with existing firms is a clear declaration of intent both as to their ambition to build up their legal capability and of their determination to do so.

It does appear that the Big 4 are now taking their legal offering seriously. They have developed in Europe and Asia Pacific and have shown a willingness to acquire or affiliate with other legal service providers (including law firms and alternative legal services providers). They have a strategic wish to develop the legal offering often as an integrated offering with other parts of their business.

They are major investors in IT and training which will enable them to provide cost effective solutions and is also likely to be attractive to young and dynamic lawyers frustrated by what is perceived by some to be a conservative and complacent legal establishment.

In the short to medium term they will continue to build out their platforms and develop their offering. They are unlikely in this period to directly compete head to head with leading law firms but instead choose their battlegrounds in less high profile but potentially valuable areas of work where they can prove the value of their proposition to their clients.

They face many challenges and will make some mistakes. Accordingly, although it would be wrong to overstate their short and medium term impact it would be equally wrong to underestimate their impact over the next, say, 10 years. Based on the growth of their consulting divisions it is not inconceivable that one of them, by 2030, will have achieved global legal revenues of up to US$5bn.

Of course, if the Big 4 ever decide or are forced to spin off or ring fence their major corporate audit work this will increase the urgency of developing new business lines and law will almost certainly be one of these.

The message is clear. The Big 4 appear determined to develop their legal offering. It may take longer and be more difficult than they think but they have the size, contacts and investment capability to be successful if they have the patience to do so. Law firms need to be alert to their development and their offerings and be prepared to compete with them rather than surrender areas of work that the Big 4 target. 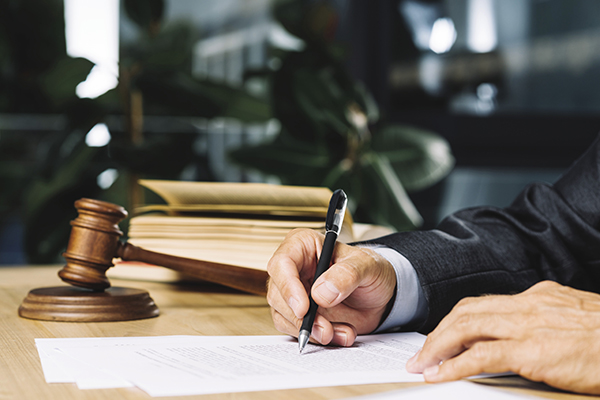 Tony Williams is the principal of Jomati Consultants LLP, the leading UK based international management consultancy specialising in the legal profession. Jomati’s services are designed to support law firms, barristers chambers and in-house legal departments on a range of strategic issues. Prior to establishing Jomati Consultants, Mr. Williams had almost 20 years’ experience at Clifford Chance as a corporate lawyer, his last role as Worldwide Managing Partner. In 2000, he became Worldwide Managing Partner of Andersen Legal. He established Jomati Consultants in October 2002. In 2012 Jomati was awarded the Queen’s Award for Enterprise in International Trade.