As Hong Kong enters into the New Year, Peter Yuen and Matthew Townsend of Fangda Partners, Hong Kong examine the arbitration developments in the jurisdiction over the past 12 months

In 2019, Hong Kong remains well placed as one of the preferred seats for international arbitration users.[1]  The jurisdiction continues to benefit from a number of systemic factors, whether that be its legal infrastructure; the neutrality and impartiality of its judicial system; and its vibrant progressive arbitration community.

In recent years Hong Kong has also increasingly sought to trade on its cultural and geographical proximity to mainland China.  In 2018, the region continued efforts to position itself as the preferred jurisdiction for resolving disputes arising out of the PRC’s belt-and-road initiative (“BRI”) consisting of infrastructure development projects relating to over 60 countries worldwide.

The past 12 months have seen a number of positive developments, including the Hong Kong authorities’ issuance of a code governing the third-party funding of arbitrations; new HKIAC arbitration rules; and a slew of pro-arbitration judgments by the local courts.

On 7 December 2018, after a lengthy consultation process, the Hong Kong Department of Justice published a much-anticipated Code of Practice for Third Party Funding in Hong Kong (the “Code”).[2]

Significantly, with the issuance of the Code, new statutory provisions which the Hong Kong Legislative Council passed as early as June 2017, will finally come into force.  These reforms, which take the form of amendments to Hong Kong’s Arbitration Ordinance (Cap. 609) (“AO”) abolishing the doctrines of champerty and maintenance with respect to arbitration, will remove all doubt as to the permissibility of third-party funding for arbitration in Hong Kong.

The authors’ discussions with funders confirm that the absence of a transparent and predictable code for the past 18 months has had a ‘freezing effect’ upon funders’ willingness to fund arbitrations in Hong Kong.  Fortunately, the wait is now over, with the key reforms coming into effect on 1 February 2019.  Hong Kong will then be set to join jurisdictions such as England & Wales, Australia and Singapore, all of which have permitted third-party funding for some time.

The amended AO adopts a fairly broad definition of “third party funder” which includes any person or entity who is “a party to a funding agreement” but who, other than by way of that agreement, has no “interest recognized by law in the arbitration”.[3]  The Hong Kong rules, therefore, appear to apply to individuals and entities such as law firms.  This compares to the narrower definition under Singaporean law, which applies only to professional funders carrying out funding as their principal business.[4]

The Code itself is intended to set out the practices and standards with which such third-party funders are ordinarily expected to comply in carrying on activities relating to third-party funding of arbitration.  Key provisions include the following:

Whilst a funder is not liable to judicial or other proceedings merely by virtue of its failure to comply with the Code, any breach of the Code is admissible in evidence, and any failure to comply may, therefore, be taken into account, if relevant to a question being decided in such proceedings.  It is, therefore, unsurprising that consultation process leading to the publication of the Code has been a comprehensive one, with funders taking an active interest.

It may also be noted that, certain arbitration institutions have also sought to formalise guidelines for funders and funded parties.  As early as May 2016, the Hong Kong sub-commission of the China International Economic and Trade Arbitration Commission (“CIETAC”) published its own guidelines for third-party funding, for which the co-author was one of the Working Group Members.[5]

2018 was another active year for the Hong Kong International Arbitration Centre (“HKIAC”).

In early April 2018[6], the institution announced its 'Belt and Road Programme' seeking to capitalise on the HKIAC’s prime position to act as an administering institution for disputes arising out of the BRI.

Separately, on 1 November 2018, the institution brought into force new administered arbitration rules (“HKIAC Rules”).  These rules make a number of amendments to the preceding 2013 rules.  The changes include the following:

The Astro Lippo dispute has been much reported (see previous articles by the authors in the Hong Kong Lawyer[7]).  It involves Singapore and Hong Kong enforcement proceedings pursuant to a Singapore-seated arbitration.  Awards were rendered in early 2010, and the same year the CFI entered judgment in terms of the awards.  First Media did not resist enforcement within the prescribed time limit, believing it had no assets in Hong Kong, but subsequently unsuccessfully sought from the Court of First Instance (“CFI”) and Court of Appeal (“CA”) an extension of time to resist enforcement.  The present CFA decision allowed First Media’s appeal to the CA decision, set aside the enforcement orders already granted, and extended First Media’s time to apply for leave to set aside the orders granting Astro leave to enforce the awards in Hong Kong.

However, the present case deals principally with the extension of time issue.  First Media’s substantive case on enforcement relates to jurisdiction, and the joining of certain Astro entities to the initial arbitration.  First Media must, therefore, now persuade the CFI to accept this substantive case on jurisdiction, and set aside the enforcement orders. The saga is set to continue into 2019.

Section 21L of the High Court Ordinance (Cap. 4) empowers a court to order injunctive relief in circumstances in which it is just or convenient to do so.  This is similar to powers granted under section 45(2) of the AO.  Despite their, somewhat misleading, name, ‘anti-suit’ injunctions of the sort rendered are not addressed to or binding upon the foreign court.  Rather, they are directed at a party, who must comply with the terms of such an injunction or face sanctions under Hong Kong law.  It was noted in the judgment that Shandong Chenming has assets in Hong Kong.

Arjowiggins’ application was brought under the High Court Ordinance on grounds that the parallel proceedings were instituted in breach of the parties’ arbitration agreement, and further that Shandong Chenming’s conduct was vexatious and oppressive, since inter alia it was an attempt to re-litigate the claims which had been raised and decided in the arbitration leading to the award.  The CFI examined the claims raised in the mainland proceedings and held that in substance such claims fell within the arbitration agreement between the parties (under which the award was made) and should, therefore, not be re-opened and pursued in the mainland court proceedings.

The case underlines the pro-arbitration stance of the Hong Kong court, which is both prepared to examine the substance of the underlying claims to a dispute to determine if they will fall within an arbitration agreement, and willing to order anti-suit injunctions restraining a party from pursuing foreign proceedings.

CFI SETS ASIDE PRC AWARD ON GROUNDS OF INSUFFICIENT REASONING

In  Z v Y [2018] HKCFI 2342; HCMP 1771/2017 (18 October 2018) the CFI refused to enforce a mainland Chinese award on grounds that the Tribunal had not given adequate reasons for its decision to reject evidence that the underlying agreement had been “tainted by illegality” as it related to a sham transaction.

The validity or otherwise of the agreement was a question of PRC law.  In assessing whether the Tribunal’s determination had offered sufficient reasoning, the CFI applied the principle in R v F [2012] 5 HKLRD 278 that in the award, “the reasons may be short, so long as the factual and legal basis are explained and the reasoning is expressed to enable the parties to understand how, and why, a finding is made on a material issue, and how a conclusion is reached by the tribunal”.  However, in this case, as even the low threshold established in R v F was not met.  In particular the Hon. Chan J found that the Tribunal had “failed to give any adequate reason” as to the key issue when it came to the Respondents’ claim of illegality.

The decision is an important reminder to parties that, notwithstanding their pro-enforcement approach, and the strict application of grounds for refusal, the courts will nonetheless be willing to set aside awards which are insufficiently reasoned.  The authors’ full report on this case can be found here.

In 2019, Hong Kong will look to further consolidate its position as a regional arbitration hub. With the Code in force, the number of funded arbitrations seated in Hong Kong will undoubtedly increase.  Furthermore, in view of the size of the BRI initiative, and the significant scope for commercial disputes arising from the associated infrastructure and construction projects, 2019 and beyond should increasingly see arbitration activity in this area. 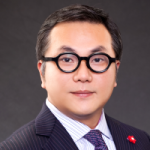 Peter is head of the firm’s dispute resolution practise in Hong Kong. His practice spans a number of areas including international and regional arbitration, having acted for clients in a number of high pro­file China-related commercial arbitrations.

Peter has been ranked a Leading Individual for International Arbitration in Chambers Asia since 2010. He is qualified to practise Hong Kong law and English law.

Although Peter’s professional career to date has focused on counsel work, he also accepts arbitral appointments.   He is listed as arbitrator on the HKIAC list of arbitrators, and on the SHIAC and BAC panels of arbitrators.