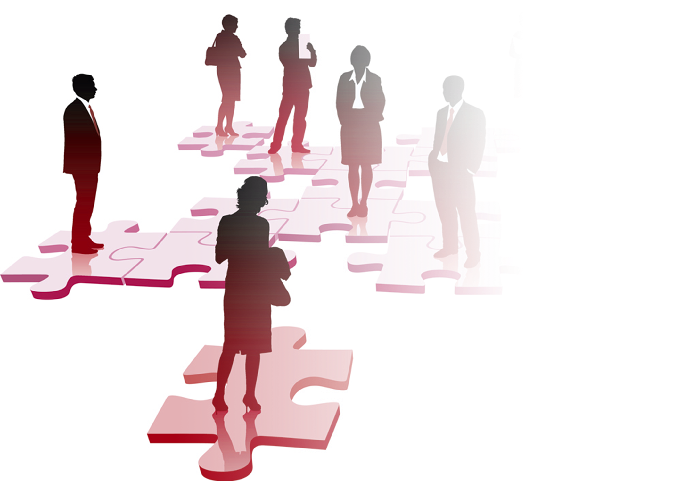 The Alternative Business Structure regime in the UK enables reserved legal services to be provided by bodies authorised by the relevant regulator and permits such providers to be wholly or partly owned by non-lawyers. Accordingly, it is possible for businesses owned in whole or in part by private equity firms or listed companies to provide reserved legal services. The first ABS licences were issued in Spring 2012. At the time of the passing of the Legal Services Act 2007, it was considered that this reform of the legal profession would be a catalyst for substantial change in the provision of legal services in the UK but as this article will demonstrate the impact has been more muted than initially feared.

A wide range of law firms have adopted an ABS structure in order to admit non-lawyers to their partnership. In most cases this has included internal appointments such as the Chief Financial Officer (“CFO”), Chief Marketing Officer (“CMO”) and others to the partnership in order to recognise their role in the success of the business, to give them the same status as the lawyer partners, and to align their financial interests with those of the other partners. While these changes are significant, they are more evolutionary in nature and do not transform the business model or product offering of the firm concerned. In some cases, firms have added other non-lawyer professionals in order to broaden or deepen their offerings to clients. In some cases, this has been done in a separate business (thereby potentially avoiding the need for ABS authorisation, although some related business are an ABS) but in other cases professionals such as tax consultants have been admitted to the main partnership. Again, these changes are significant but relatively limited in their scope. The fact that a number of law firms are developing specialist consultancy businesses often focused on the financial and insurance sectors is of growing significance and it will be interesting to see how this trend develops and the extent to which it will significantly impact the services provided by law firms and their related businesses.

Following the passing of the Legal Services Act, a range of private equity investors expressed interest in investing in law firms. They saw considerable opportunities to act as consolidators in a fragmented profession together with the ability to use technology to improve efficiency. They were also attracted to the apparently high profitability of law firms. However, the traditional private investment model looks for a return on investment of about 20 percent per annum and an exit in three to five years. These drivers combined with the relative conservatism of lawyers resulted in relatively few private equity deals being closed. The earliest and largest investment was by Duke Street in Parabis, a firm focused on personal injury claimant work. This ended badly when Parabis entered into administration at the end of 2015 and its assets were sold. Duke Street apparently lost most of its investment. Most other private equity investment has been at a relatively low level and the Duke Street/Parabis experience may deter other private equity firms who previously thought that the legal sector was an ideal candidate for their money and skill set.

In a more specialist area, some law firms specialising in insurance work have formed ABS joint ventures with their insurance clients such as RSA and Ageas. How these joint ventures will develop is currently uncertain but they are probably a result of various regulatory changes which have specifically impacted the personal injury sector. Whether other clients such as retailers and utility companies will also form such ABS joint ventures to deal with their smaller personal injury claims work is also unclear although none have been announced to date.

In the case of listed companies the position has been mixed. Quindell, which as a listed company also focused on personal injury claimant work and related businesses, acquired a number of smaller law firms. Unfortunately, Quindell then ran into financial and regulatory difficulties and the bulk of its business was sold to the Australian listed firm Slater & Gordon. It is now perceived that Slater & Gordon overpaid for the Quindell business, its share price has fallen over 95 percent and it has had to renegotiate its banking arrangements with its creditors. Slater & Gordon is also rationalising its UK operations.

A happier example of a listed company is Gateley (Holdings) Plc which floated on the London AIM market in May 2015 and which has performed steadily since in a very turbulent stock market. It recently announced a small acquisition of a UK based specialist tax incentives advisory business which was funded part in cash and part by the issue of new shares. Gateley is a reasonably full service, upper mid tier business law firm. In the six months to 31 October 2015, Gateley achieved revenues of £29.6 million and profit before tax of £2.9 million. Most of the partners in the law firm became employees and shareholders in the listed company and the former partners hold a majority of the shares. At the time of the listing, Gateley put in place a range of mechanisms to retain the former partners in the business for at least between three and five years.

It was expected that a number of other law firms might plan to list on the stock market. However, the very volatile stock market over the last year, changes to the personal injury claims market and the relative complexity of structuring such transactions has meant that, to date, Gateley has been the only UK based firm to list. Its progress will be watched with interest by many in the legal sector and if it continues to be successful it is likely that other firms will follow its example.

When the Legal Services Act was passed it was called by some “Tesco Law” suggesting that retailers would provide legal services in the same way as they sell cornflakes, with possibly a lawyer at the end of the supermarket aisle ready to dispense legal advice. In fact, with the exception of the Co-operative, no major retailer or indeed other retail brand has sought to enter the legal market. The Co-operative had major plans for its legal services offering including a range of products primarily aimed at the consumer market including conveyancing, probate (the Co-operative is a leading funeral provider in the UK) etc. These plans were overtaken by solvency problems at the Co-operative Bank and a scandal involving its Chairman, which resulted in private equity firms taking a major stake in the Co-operative Bank. The retail arm has, in common with most major UK retailers, also encountered difficulties. The combined impact has been to slow the development of the Co-operative’s legal business. Despite its recent difficulties, the Co-operative is still a well regarded retail brand and its legal services offering will be worth watching although currently its impact has been very limited.

An important new entrant into the legal arena is the Big 4 accountancy firms. EY, KPMG and PwC Legal have each obtained ABS licences (Deloitte has not done so in the UK, but it, too, is developing its legal arm internationally). The size, level of client contact and ability to invest in IT can potentially give these firms a significant advantage. The global revenues of the largest three of the Big 4 in 2015 exceeded the aggregate revenues of the 100 largest global law firms. Both EY and PwC have publicly stated that they intend to achieve US$1 billion of global legal related revenues by 2020. If they are able to develop as planned and particularly if they are able to provide “integrated solutions” in conjunction with other parts of their business they could become a potent force not just in the UK but in many of the world’s legal markets.

One of the key objectives of the Legal Services Act was to encourage innovation, competition and new service delivery models for legal services. A number of new models have developed and obtained ABS licences. These include Legal Zoom, a US originated business which aims to provide a range of documentation and advice primarily online especially to smaller businesses, and Riverview, a more virtual provider of legal services. Other developments are emerging often enabled by IT and the internet. Some of these businesses are growing rapidly but from a relatively low base, so their direct impact on the legal sector has been relatively small. However, the existence of new models has caused many UK law firms to re-examine their business model. Some have developed lower cost centres elsewhere in the UK away from London or internationally, others have adopted project management tools to improve the efficiency of the work that they do. Intelligent drafting tools and on-line training modules have also been developed. Firms have developed more flexible employment models to utilise alumni and others often on an as needed basis for themselves or for secondment to their clients. These trends were considered in further detail in the Jomati report Re-engineering Legal Services published in February 2016 (available to law firms by contacting the author). Accordingly although the ABS may have had limited direct impact in the legal sector they have encouraged law firms to examine their business models and respond to the more competitive market for legal services.

Many of the new ABS models aimed to offer either price certainty to clients and/ or a lower cost of service delivery. This has especially been the case in relation to more “virtual” providers of legal services that have a significantly lower and more flexible cost base. However, as mentioned above, law firms too have been experimenting and developing new delivery models. Accordingly, it appears that client pressure and the maturity of and overcapacity in the UK legal market has had a greater impact to date on pricing than the ABS models.

Many law firms may be relieved at the relatively low impact of the ABS to date. However, this is not a reason for complacency. Many ABS, especially the Big 4, could have a significant impact. Firms need to closely monitor the market as it develops and look at their own business model both to improve operational efficiency and to broaden and deepen their key client relationships.

It is clear that the original doom and gloom scenario for the legal profession following the passing of the Legal Services Act has not been realised. The global recession has also changed the buying patterns of the users of legal services. Law firms have responded to a lower growth legal market, greater competition and the development of new delivery models.

Inevitably in a period of innovation and experimentation there will be successes and failures. The failure of some of the early, and possibly overhyped, ABS models does not mean that the ABS regime has been a failure. Hopefully lessons will be learned and the next generation of ABS will be more disciplined and focused. There is now evidence of new ABS (including the Big 4) which could have a significant impact over the next five years as they challenge traditional business models and develop new offerings to clients. Traditional law firms will need to respond to these new entrants if they start to gain market share. What is clear is that innovation and change in both traditional law firms and ABS will be constant for the foreseeable future.

Tony Williams is the principal of Jomati Consultants LLP, the leading UK based international management consultancy specialising in the legal profession. Jomati’s services are designed to support law firms, barristers chambers and in-house legal departments on a range of strategic issues. Prior to establishing Jomati Consultants, Mr. Williams had almost 20 years’ experience at Clifford Chance as a corporate lawyer, his last role as Worldwide Managing Partner. In 2000, he became Worldwide Managing Partner of Andersen Legal. He established Jomati Consultants in October 2002. In 2012 Jomati was awarded the Queen’s Award for Enterprise in International Trade.